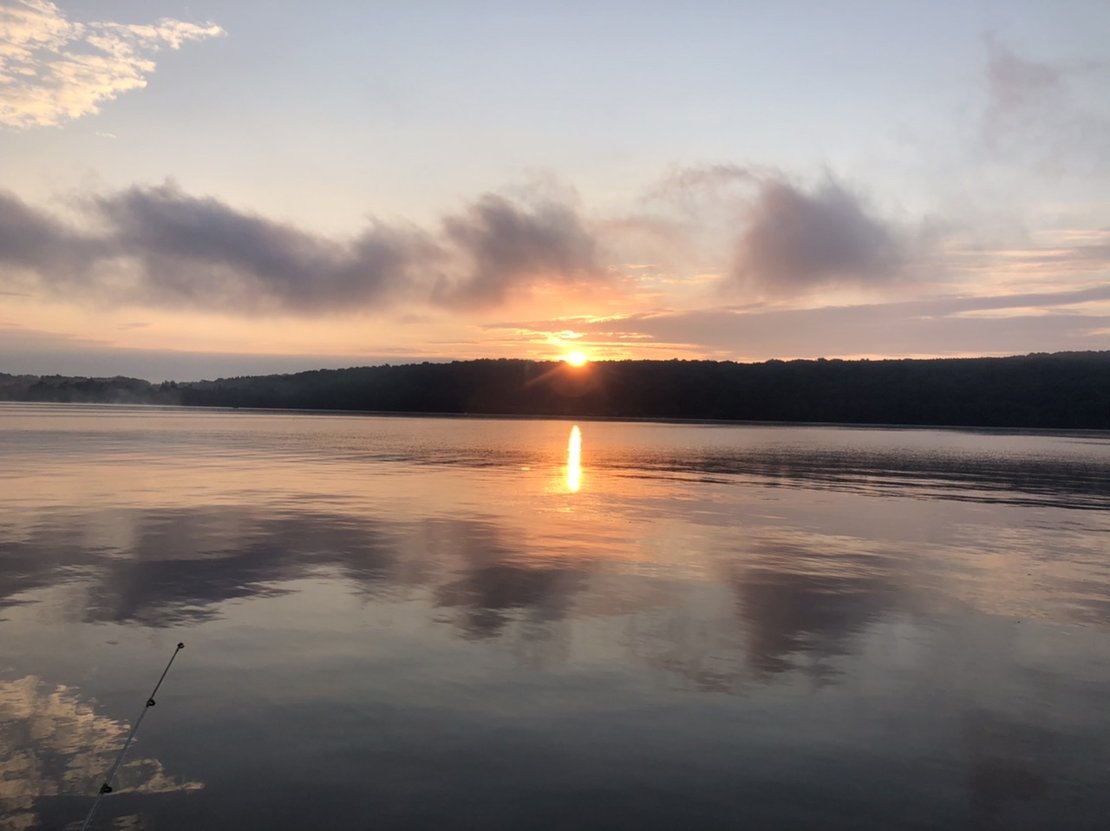 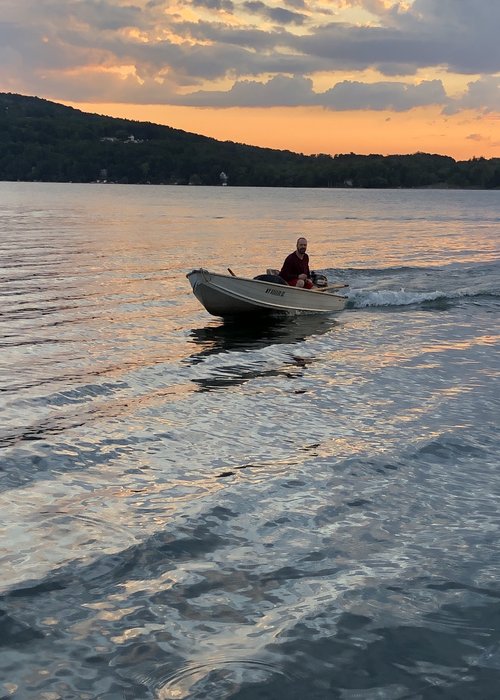 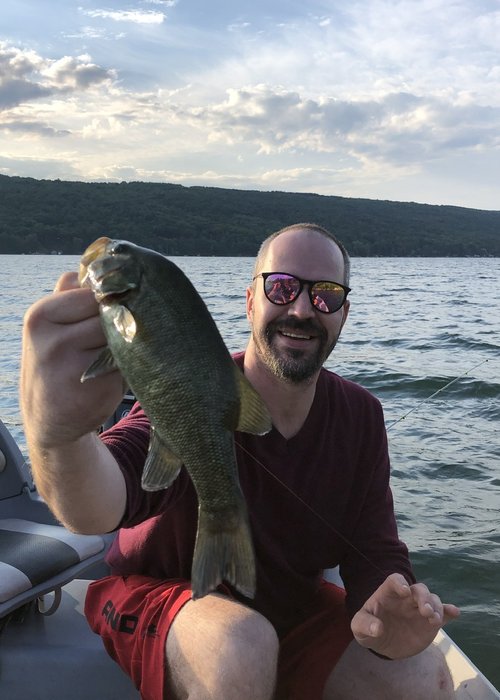 Benjamin LaPlante has always been my fishing buddy and always will be. I love him dearly. 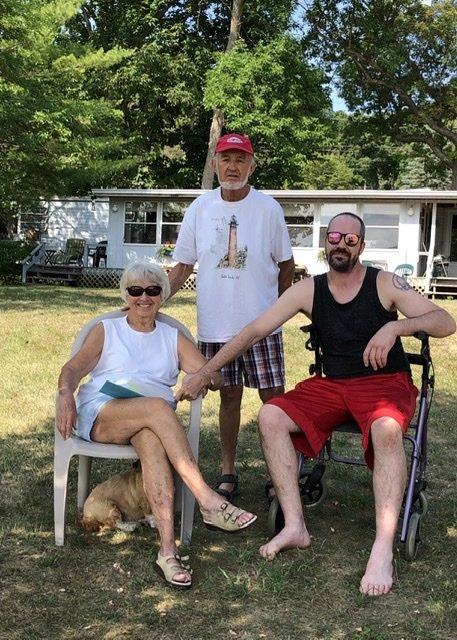 A tender reunion with Benjamin and his grandparents, Henry and Barbara. It was a special moment.

This week I completed my yearly physical. It was a little later than usual because of the fact that my doctor retired. I had to get a new doctor and I settled on his daughter-in-law who seems very competent (he told me she graduated first in her class!). I trekked into the city and then out to Spencerport, New York, in order to have my physical with a very confident, young physician’s assistant. When he looked at my figures and went over my "numbers" from bloodwork etc., etc. he looked up and said "I wish I had your numbers". The truth be told, I have low cholesterol, low blood pressure, and low everything that is bad and high everything that’s good. He said you are in unbelievably great shape, but the fact of the matter is I’m probably going to outlive my mechanical parts. Having just had the back repaired it looks like the knee is the next thing to be replaced....who knows what is next. Ha the bionic man!

Saturday was the birthday of my middle child. Many of you have followed our family saga and know that Julie and I have five children between us. When I met her I had two children from my first wife, "Sunnee” McCourt who passed away in 1983. Julie had her son Benjamin who was two years old at the time. His father was mostly absent and he quickly became "my boy". Putting two families together was not without its struggles. We tried to unite the family when we moved, all together, to the Netherlands in 1985. Two more children came our way with Rose being born in 1989 and Grace arriving in 1997. That firmly cemented Benjamin as the middle child.

Ben has been in and out of our lives for most of his teen and adult years. He recently resurfaced for his birthday, as he does from time to time. We had a great reunion. Ben was a gifted child who was able to read at age 3. He was charming and an amazing conversationalist. He also suffered in school from many difficulties. Some were diagnosed and others were not. We tried every conceivable avenue to help him but most were dead ends. He was determined to live his life on his own terms and left home around the age of 16.

You never know where a person has been or why and it is always advisable to respond first with compassion and love. I’m sharing this so people might understand that everyone has a history that has shaped them as human beings. Ben's road was a hard one and I believe he traveled most of it alone at least emotionally. This was a young boy who love to fish, to be in the woods and enjoy Keuka Lake. My greatest sadness was not being able to "save" my little boy from the hardships of life but it was not possible.

For some reason, I have been the one who he has reached out to over the years as his travels have taken him around America and I am so thankful for that. We reconnected this weekend....it was his birthday of course. He introduced us to his new girlfriend - a real nice gal, he saw his grandparents for the first time in years, and we spent a lovely day on the lake fishing. Happy Birthday Benjamin!

This past week a good friend of mine sent me pictures of a 1963 Vega long neck banjo that was coming up for sale. We know all the history of the Vega long neck as being something that Pete Seeger first started by having John D’Angelico graft three extra frets on his old Vega banjo. It seemed to work better with his singing voice to have those extra frets. The "Pete Seeger" model came into the Vega line in the 1950s. They were quite sought after for a number of years. They sometimes commanded prices of up to $3500 in the "vintage" market. I have to say that I never thought they were the greatest banjo but they were something that was played by heroes of the 60s .... like Pete Seeger and the Kingston Trio. Twenty-five years ago it seemed like everyone who wanted one had had one in the 1960s, gave it up and wanted to get a little piece of their youth back. That drove the price of those banjos to an amount that was far more than they were inherently worth. My friend is trying to sell the banjo and I had to tell him that I think the value is now between $1500 and $2500. He lamented and said to me but this is the banjo that was played by the Kingston Trio. I said sadly that almost anyone who is "into" the Kingston Trio is probably in a nursing home today and certainly not in the banjo buying mode. Prices go up prices go down.....such is life. For an accurate appraisal of you vintage banjo give me a call or text at 585-733-3429 or email john@bernunzio.com. 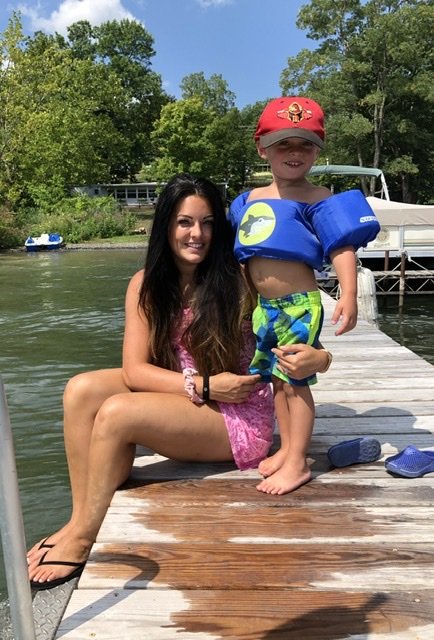 This was a week of visitors and on Monday my lovely daughter-in-law Taylor brought down our youngest grandson, Rocco John Bernunzio. It was a beautiful day and her hubby, my oldest son, Jay, met us for lunch in Hammondsport. 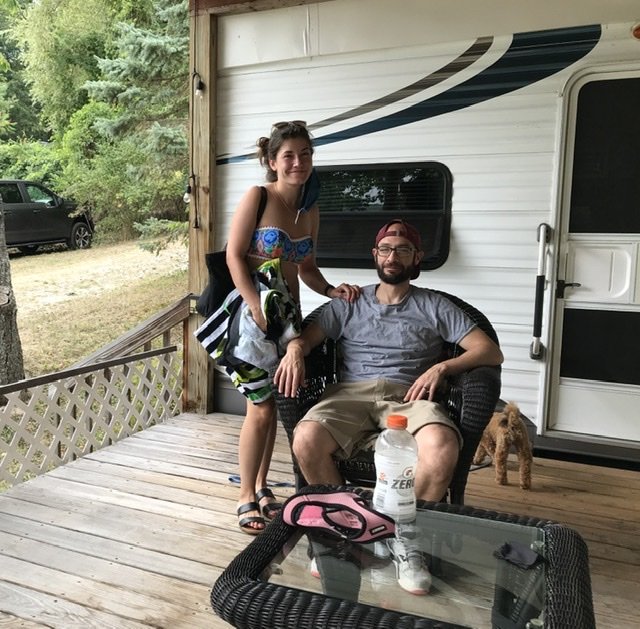 And Saturday my wonderful daughter Rose and her husband Jose came down to make sure that I was in good form. 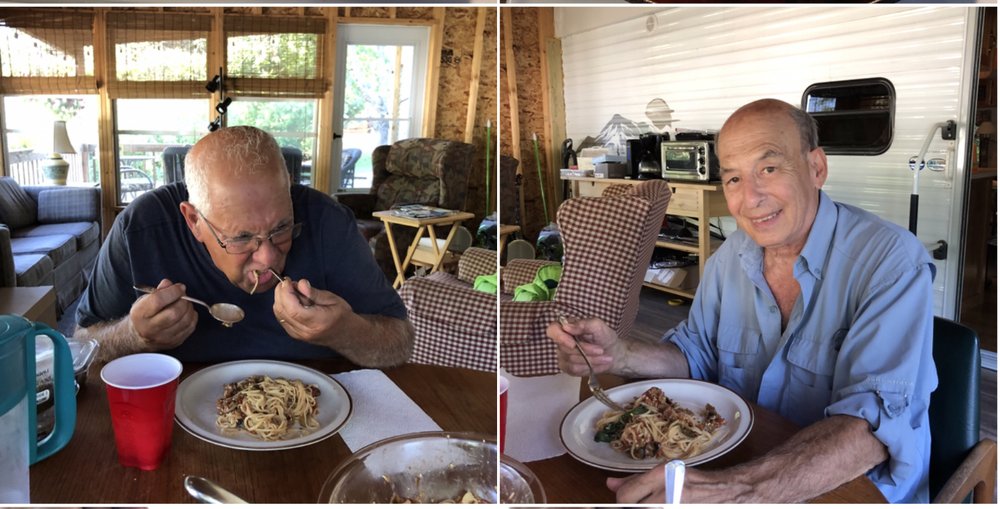 My old pals from Harro East Athletic club stopped down on Thursday for a dinner of pasta alla Norma. 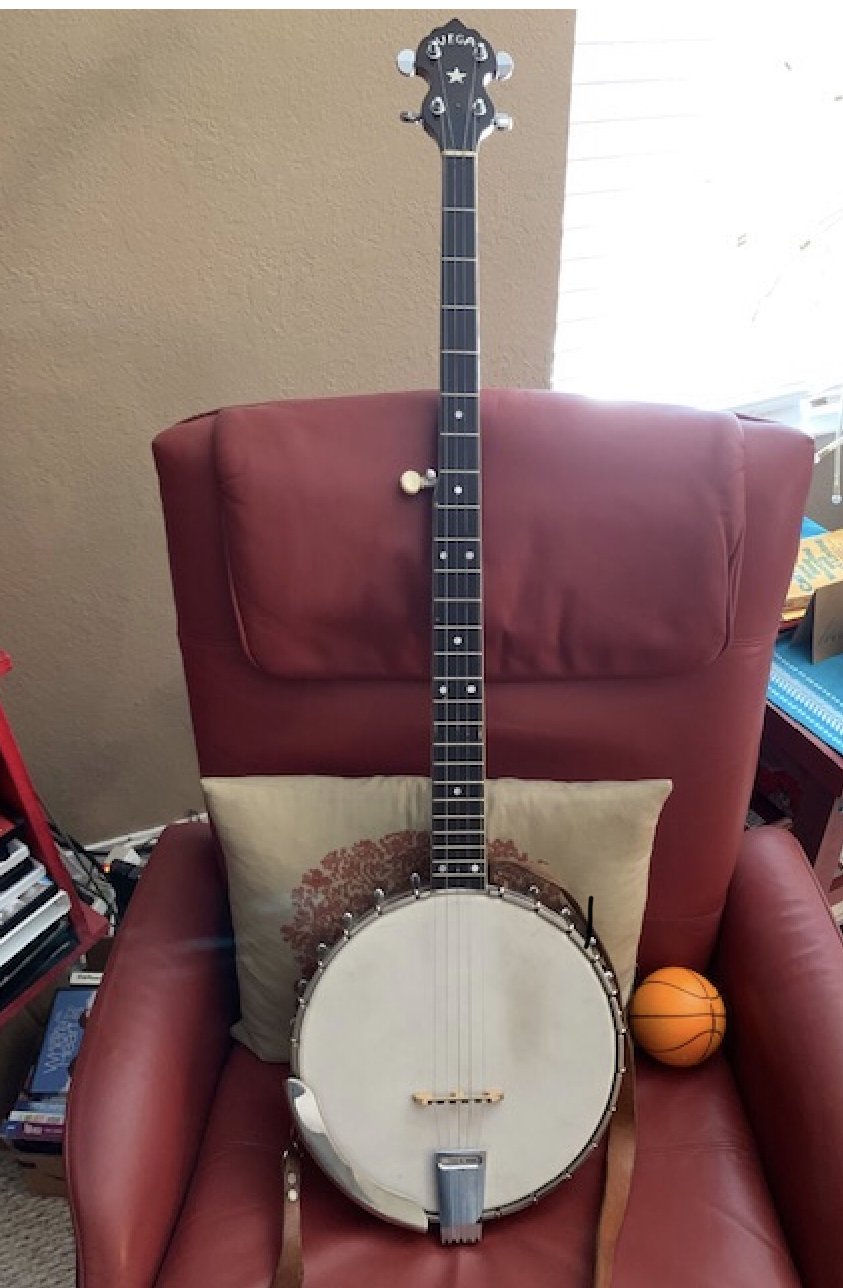