At her home on Scio Street somewhere around 1939....a young girl with all the world in front of her.

The wedding party with her brother Charlie on the left. He was the tallest one in the family. 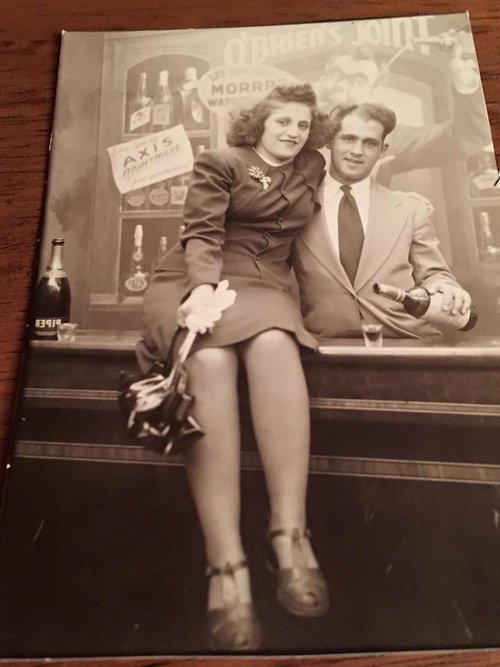 On the honeymoon I believe...in Niagara Falls of course. 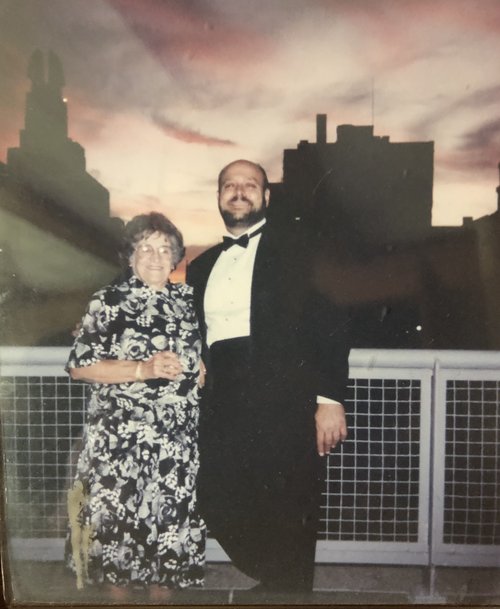 and then there was the night that I took her to the Dante Ball...she was in her glory. 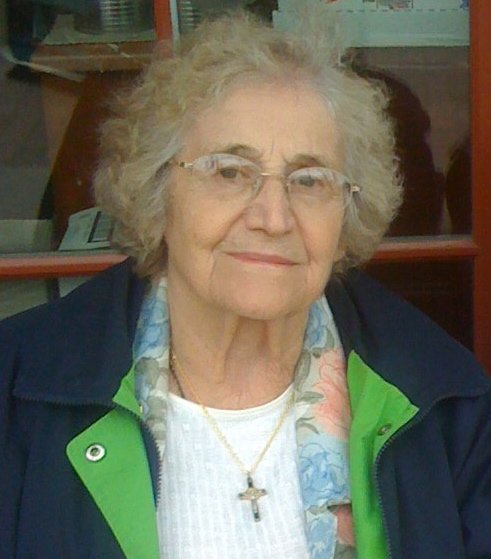 A woman always devoted to her family and her faith. 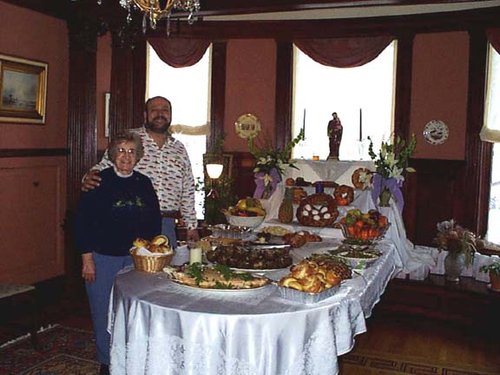 For many years we held a Saint Joseph’s Day table at our house on East Avenue. My mom always did a huge amount of the work. Her artichokes were the best and she taught me well in a facets of Sicilian cuisine. 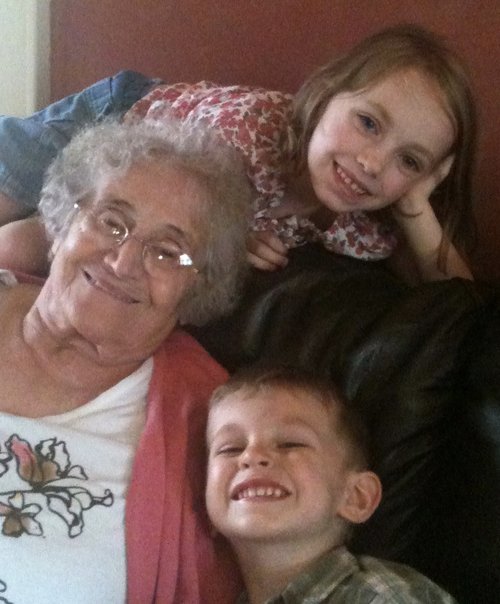 Even in her advanced years she enjoyed helping her granddaughter Kara take care of her great grand children.

Since yesterday was Mother’s Day I would be remiss in not spending a little time talking about my own mom. Earlier last week I posted some pictures of her on Facebook as May 5th was the anniversary of her death. Some of those pictures evoked such memories I thought I would share some of the stories of her earthly life.

My mom was born on December 6th, 1924. She was a twin and her parents named the boy and girl, Cologero and Cologera, after her mother’s father. Cologera was Americanized to "Clara".   Sadly, her twin brother died of pneumonia at 6 months. Her early childhood was spent Rochester’s eastside Italian enclave during the great depression. She told me a story once that the police came to their house to investigate a bicycle theft in the neighborhood. They were accusing her younger brother Charlie. They told my grandmother that they could take him away and my mother attacked the policeman, grabbed him by the leg and said "you can’t take my brother away". The officers left and never came back.

When the depression ended and World War II began, with her brothers in the service, she worked a factory job at home while her mom gave birth to a little sister! After the war she and her best friend Annie went on a "double-date". Annie was fixed up with a short guy named “Sam" and my mom was fixed up with an "American" guy. Annie thought the short guy was just too short but my mom thought he was cute. Of course he became my dad. They were married on October 12, 1946 and I arrived exactly one year later. A nice first anniversary gift!  A little known fact is when they were married he had to stand on a box when some pictures were taken so he wouldn’t look so short!

During their years together they built a home in suburban Webster, New York. When they told my grandfather they were moving 8 miles away he was furious. "What are you going to do out there?" he said, "the bus doesn’t even ride there? We’ll never see you again." Her mother told her if she was going to live among "American" people she couldn’t yell for her kids and scream. Instead she had to ring a bell and gently call to them "children time for dinner". She listened to none of this, she was a modern woman...she would get a car and she would drive. She would do "American" things like become a Girl Scout leader and join a bowling league and mix with people who were not exactly like her. There was always room at the table for someone else; a visitor, a friend of a friend, or someone in need. Invariably I’d come home and find someone living in our little basement bedroom. It was usually a friend of one of my siblings who wasn’t getting along with his parents and needed a place to go.  And she would quietly advise her children to do the same...to reach out to others, to try new ideas, to become something more than their parents.

In the late 1980s she took care of her mother until she passed away and then she took care of my dad until he passed away. When she was left alone and having no one to take care of, she decided the best thing she could do was go to work and she worked for many years at my brother Tom’s deli. She made the lasagnas, she made the cookies, she made the salads and when the deli closed and she was no longer able to work her health declined. It was at this time that I spent every Sunday driving her around the western New York countryside. Sometimes we would find ourselves as far away as the Adirondacks but we always make it home by 9 o’clock at night. I would amuse her by reciting the nursery rhymes that she recited to me when I was an infant...oh how many times did Jack and Jill go up that hill? As dementia slowly took over she passed away, after great care was bestowed by my siblings.

My mom always encouraged me to be more than I thought I could be. She wanted me to break the mold of all the men in the history of her family who would work as laborers and bakers. She wanted me to go to college and get a "nice" job...one that didn’t require me to get dirty every day. She bought me every book and series of children’s literature that any door-to-door salesman came by to peddle, because she knew that the more I read, the more choices I would have in life. Even though she wanted me to become a priest, she was delighted when I became a teacher. That encouragement gave me the opportunity to think that things could be different...that there was a different life out there than the one that had been predestined. I will always love her for that and I can never pay her back for giving me that quest. 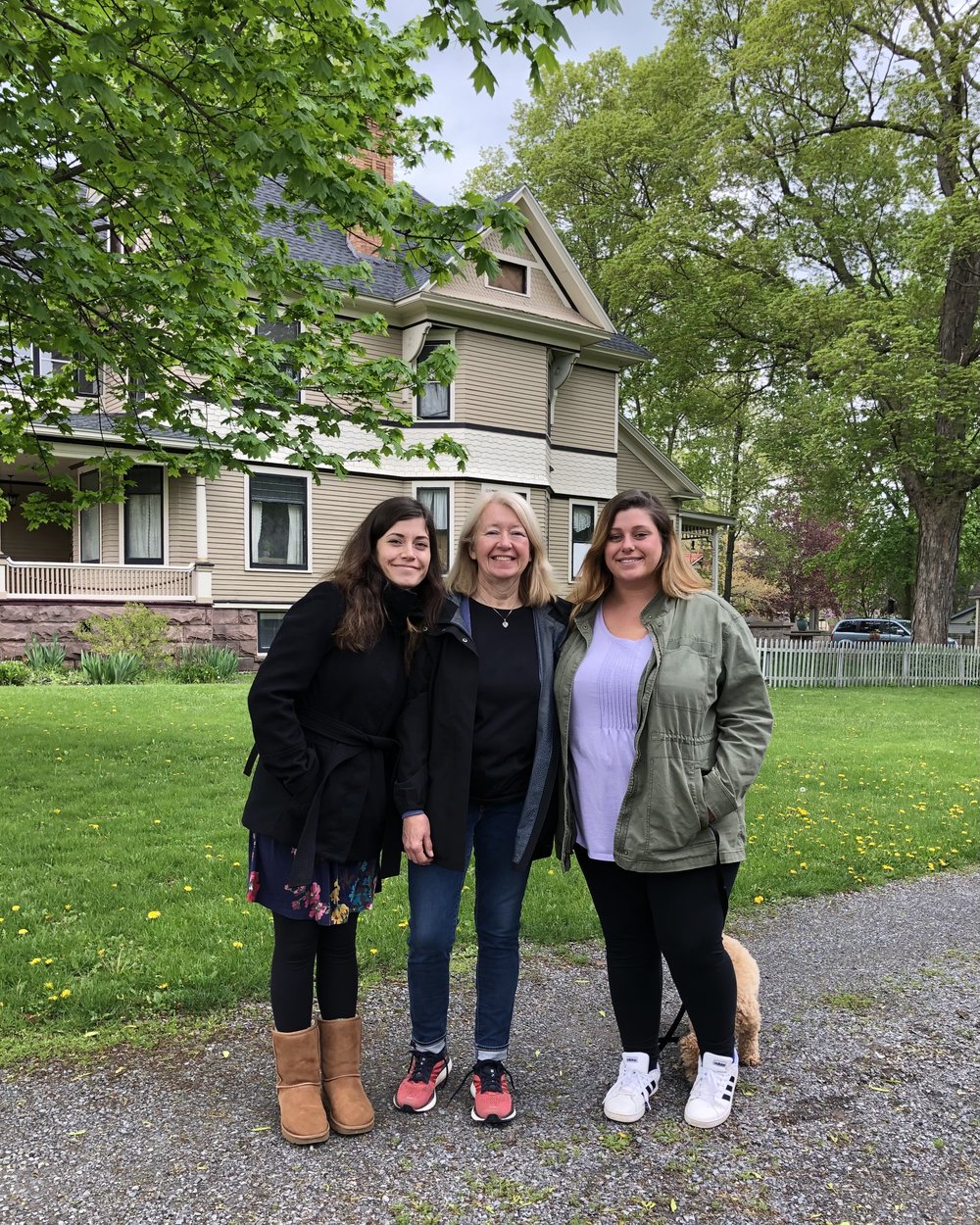 Rose and Julie and Grace....we had a small, but very fine dinner for Mother’s Day in Penn Yan.