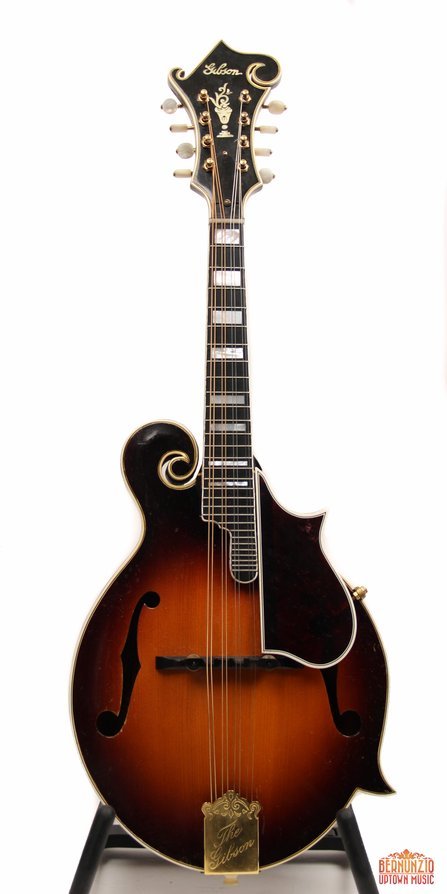 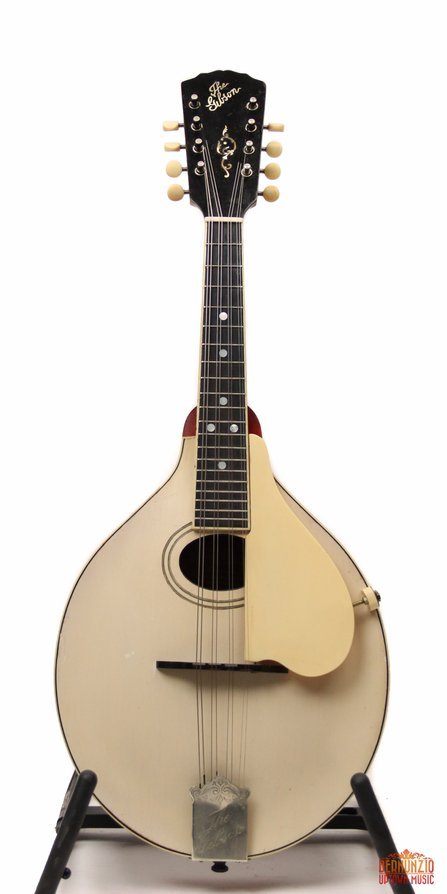 A lovely Gibson A-3 (or “D" model) with ivory top in stock now. More info here. 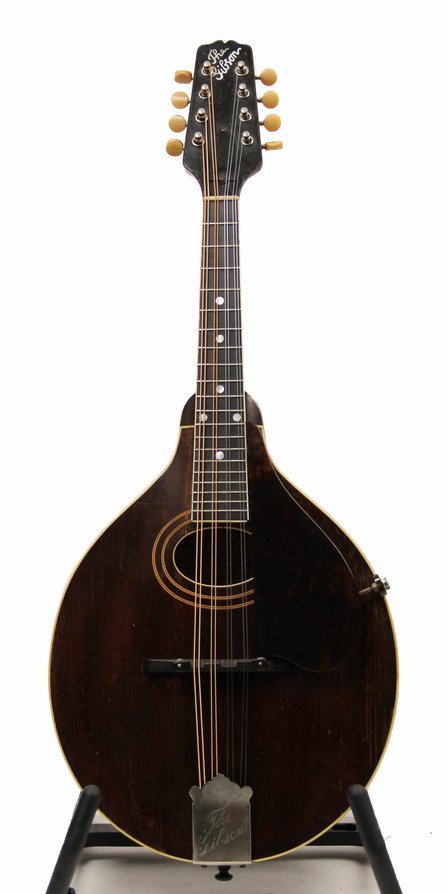 I’ve had a particular passion for mandolins over the past forty years. It started my very first year teaching when a colleague brought in an old Gibson A-4 mandolin that he had inherited from his uncle. He let me take it home for an evening I thought it was the most incredible thing I have ever heard. I became of obsessed with trying to find a Gibson and finally ended up with rather tattered A style.  During hard times I had to sell it away for the paltry sum of $245 but the seed had been planted and many mandolins were in my future....A style, F style, mandolas, especially mandocellos. This all brings me to today’s topic which is Gibson mandolin nomenclature.

While walking in the East End of London one day years ago with my dear friend Philip Alexander we began discussing why Gibson mandolins were called A styles or F styles.  The artist model had the scroll on the side of the body and it was an F designation on its style. "F" could not have been a designation for artist but what did it stand for?  It was them that we stumbled on our theory of Gibson nomenclature. Gibson‘s biggest competitor was the C. F. Martin company. They had mandolins in the Neapolitan style and their models were numbered 1 through 7. Their flat back models were modeled A through E with E being the top of the line. The model A of course was also linked to the basic Ford automobile.  But how did Gibson go from A to F? Here in a nutshell is the theory.

The Gibson "A" model is the basic mandolin. Next in the series is the A–1 which is really a "B" model.  Following this pattern we can infer that the A-2, with it’s bound top and back is the "C" model, the A-3, with its white finish, is the "D" and the A-4 at the top of the “A" series is really the model “E".  If you followed me so far, what is the next in line? Of course it is an F model.  So the F-2 is really the "F" model and the F-4 is really a "G" model.  Nonsense you say? Well, what is the designation for mandolas, the next in the mandolin family.  Of course we all know they are the H models, as the next in the family, the mandocellos are designated “K" models. This all may seem a bit far-fetched, but I have always wondered why Gibson called their guitars the L series.  The next time you pick up an old Gibson L-5 think about it. Now, I have no proof for this theory but it makes for interesting conversation and I’m open to any comments.

There seems to be a renewed interest in the mandolin thanks to organizations like Mandolin Cafe, mandolin orchestras (our own had its second meeting with a packed house!) and of course through the legendary work of David Grisman whose birthday was just three days ago! We have a great selection of mandolin family instruments including many Gibsons. They can all be viewed here. 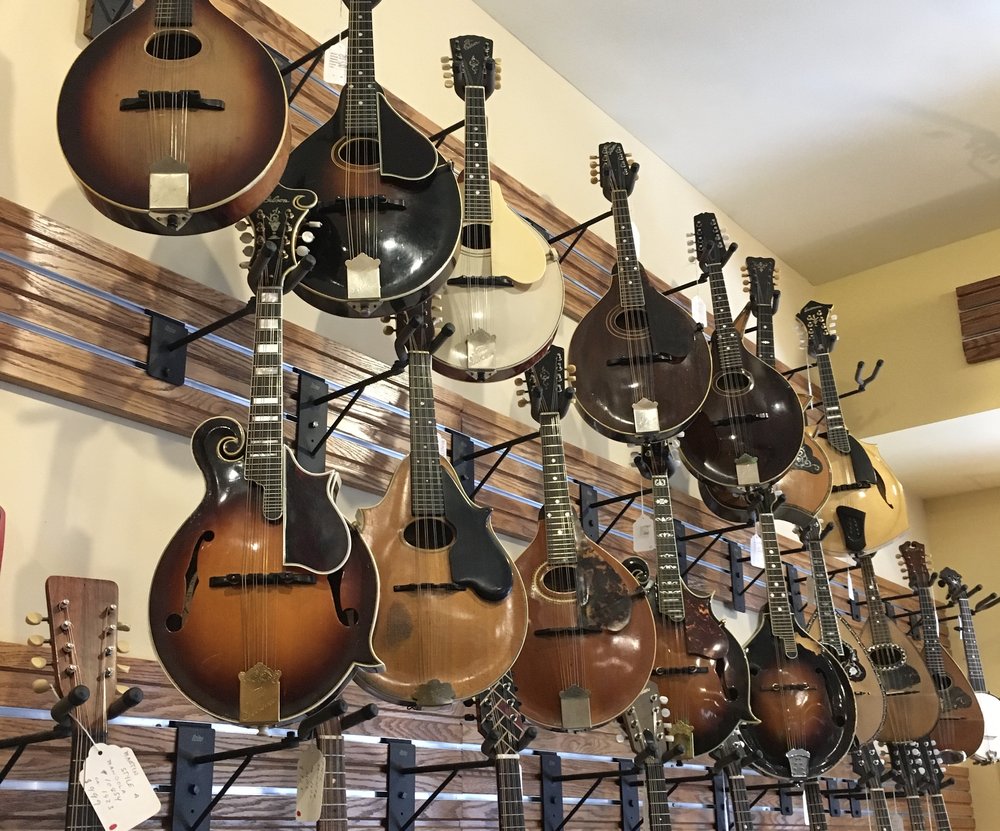