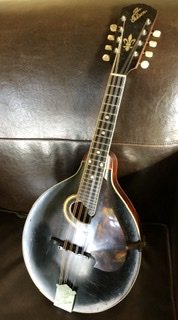 When "pre war" was before WWI

Gibson A-4 Snakehead is the most venerable of all the A style mandolins. 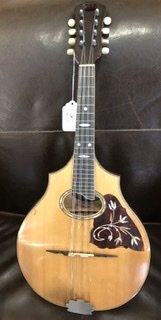 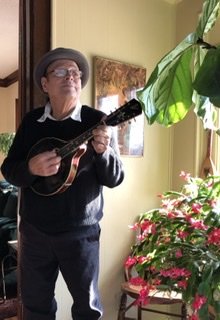 I’ve been thinking lately about buying a mandolin. My love affair with the mandolin began in the early 1970s. I was teaching grade school in a local suburban district and a colleague brought in his grandfather’s old  Gibson A-4 mandolin. I had been taking lessons for a few months using an old harmony mandolin which was all I could afford. He let me take the Gibson home overnight and I instantly became awestruck. Of course it was not for sale and even if it was, I would never have had the resources to afford something like that. It was an inspiration and something that I was determined to eventually own. My lessons were with Mrs. Veda Santos who, with her husband Don Santos had been endorsers for Gibson mandolins and operated a publishing company and school for stringed instruments in the Rochester area since the 1930s. Well, all of this I have told many times before but now, at 72 years old, I am attempting to revisit the instrument and it’s music.

Now I haven’t had a mandolin in the house for quite a few years. After Julie and I sold the mansion on East Avenue we parted with any instruments that we were holding as our own. Well, Julie did keep a few Martin ukuleles but that is another story. At any rate, I’m looking for a good mandolin to learn on again and play on a daily basis. Since I’ve always considered Bernunzio Uptown Music the place to go, I’ve been trying out everyone of the mandolins on the wall. Now I have a few requirements. I do like to play an instrument with a pickguard. My fingers are not what they used to be and I need something that plays very easily with low action and good frets. What I have learned is that there are different criteria for evaluating an instrument that I have for sale as opposed to one that I want to personally play. I considered some of the newer instruments. The Collings A style with the large oval sound hole is the easiest playing mandolin I’ve ever held. It doesn’t have a pickguard but that could be arranged. I gave this one some real consideration. It is bright and clean with lots of volume and resonance. It is new. Next I tried out the Gibson A-4 snakehead from 1923. The sound is completely different than a new instrument. It has an ethereal old sound, a voice from the past and I knew then that, for my purpose, I had to stick with something old. However the 1920s mandolins are notorious for narrow width necks and it would not do for my big paws. I’ve always liked some of the off brand instruments of the vintage variety. I spent a bit of time with the Vega cylinder back but the frets were a bit low and the volume not quite what I wanted, but the tone is so sweet. I tried the Martin 2-20 Mandolin which I always considered their best work. It certainly has volume and great timber but the fingerboard falls off as it gets towards the sound hole. Now I’m never going to be the type of player who plays way up the neck but it still bothers me nonetheless so I brought it back. The entire exercise has made me very critical of our selection of mandolins and going over each one has been a lesson requesting new strings on one and bridge adjustments on another. I have put myself in the shoes of a customer and I must be driving the staff crazy. I’m trying to find the best instrument for my money and for my particular interest in playing. At the moment my instrument of choice is a 1912 Gibson A-4 black face with inlaid Handel tuners and an added 1920s adjustable bridge. It came in from a local family so it could have been in the Santos orchestra. The peghead has been repaired long ago and the condition is very playable but well used. The instrument has that great old timber that I am always after. Price wise it is a decent bargain, being reduced in the  current sale which starts today.

Yes you heard it right! Our fabulous year end sale starts today and runs until midnight December 31st. I have told the gang that I want them to move out 250 instruments and they intend to do everything they can to make that happen.

Check all the sale items here.

HAPPY THANKSGIVING TO ALL! 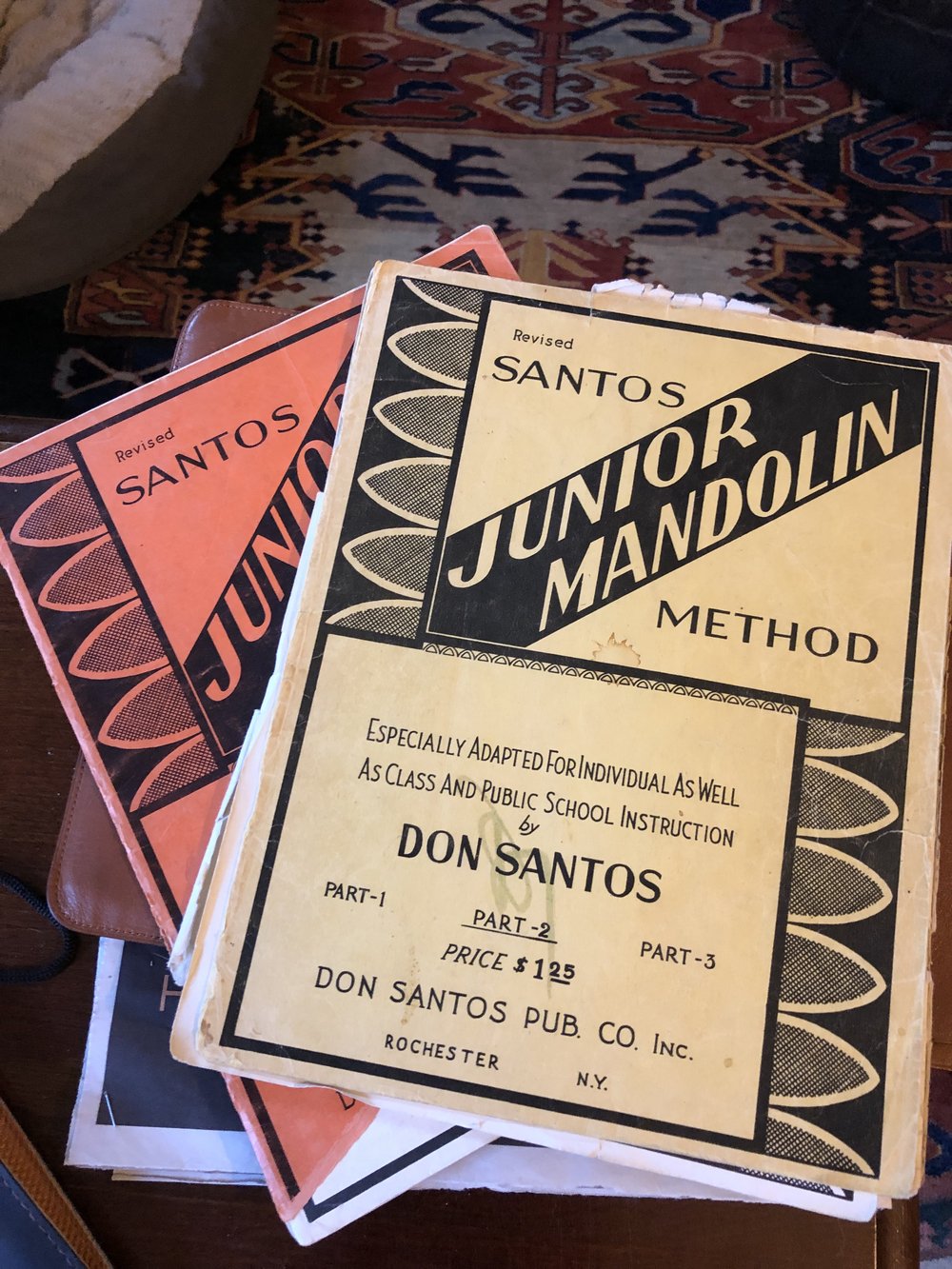 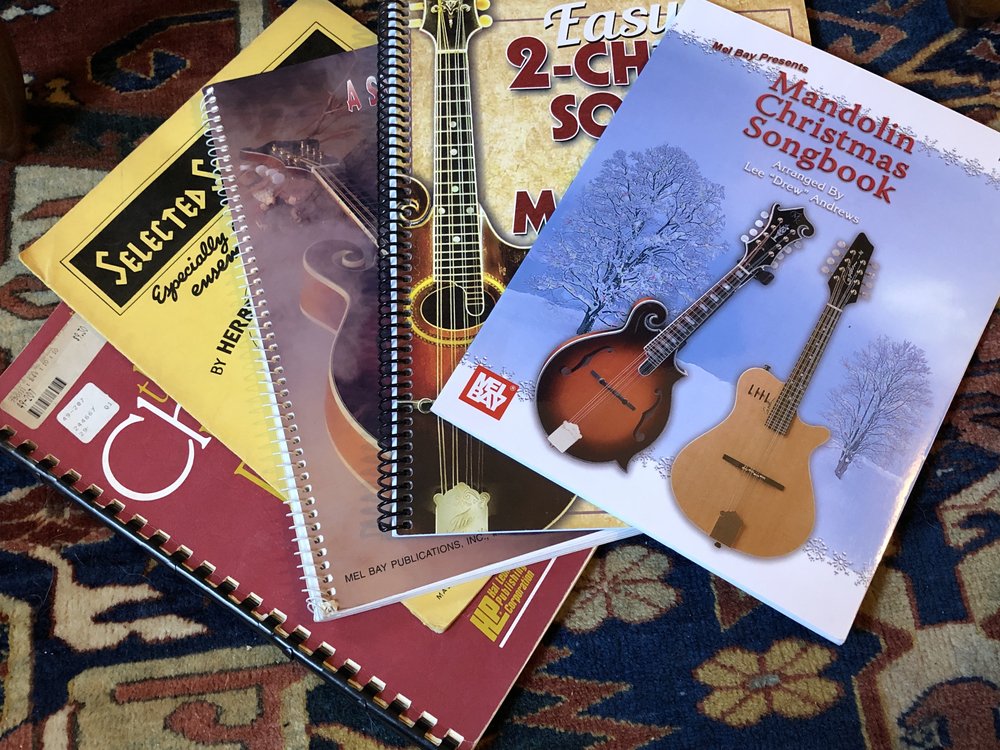 Oh why not it is the season 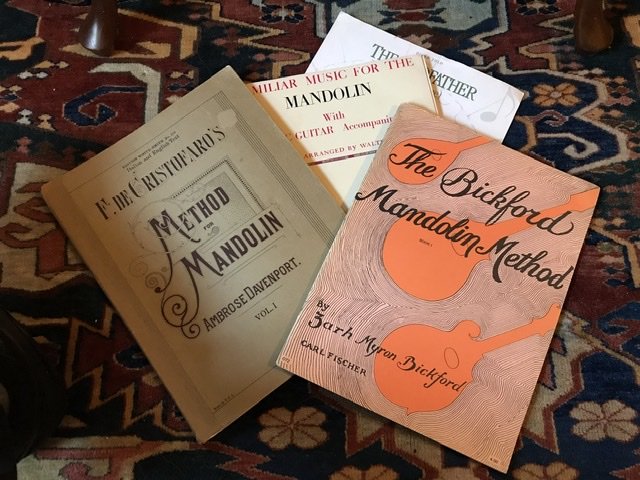