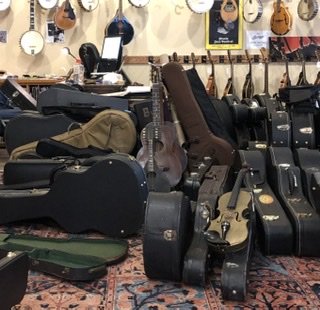 We purchased another large pile of instruments on Saturday. Something for everyone from a great Gibson Earl Scruggs 5-string, an early B&D tenor banjo, guitars and amps etc. etc. We will be cataloging all this week. 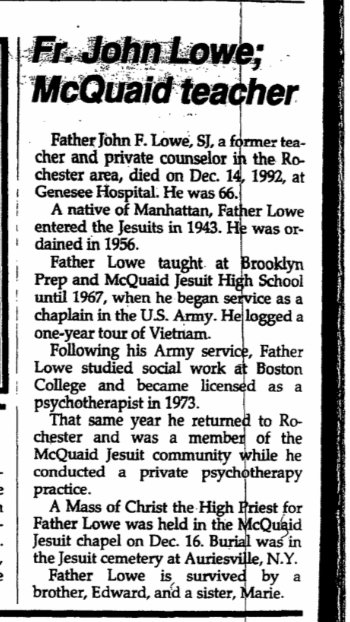 I’ve always told my sales staff that truly successful sales is like teaching. Many of you know that I was a teacher for 20 years. Teaching is imparting knowledge. That’s what I was in the business of as a teacher, and that’s what I’m in the business of now. The more we know about the instruments we have, the better sales people we become. The better informed our customers are, the happier they will be with their purchase. Knowledge is power and ignorance is always very costly.

That said, this week has been back to school week, with many schools in session virtually.

This led me to think about the teachers in my life who influenced me the most. There were many of them going back to third grade, but if I had to pinpoint one, it would be when I was a junior at McQuaid Jesuit High School here in Rochester. That was my homeroom teacher, my English teacher and my Latin teacher. His name was Fr. John Lowe S.J. I wish I could thank him today for giving me the ability to critically think, write and read. But more than that he was a friend and I have a story to tell about him.
John Lowe was born in 1926. He was a New York City type born and bred and he never lost his accent. With his black penny loafers and white socks he was the coolest teacher in the school with a quick smile and a great wit. He was a tough teacher and a hard grader... three spelling mistakes on a weekly essay was a guaranteed F. He guided us through "Cicero‘s Orations" and Hawthorne’s  The Scarlet Letter. He could be cool and still be scholarly... always seemed to have a bit of “Catcher in the Rye" inside.
I really got to know John Lowe when I started working on the school newspaper, The Lance. He was the moderator. I came by the office one day and said, "Father, I’d like to work on the newspaper." He said, "you really wanna work on the newspaper, Bernunzio? Well, if you wanna work on the newspaper you need to know how to do two things."I said what’s that Father?" And he replied "smoke and drink!" Of course I said sign me up! Routinely, when working late on the newspaper he would go over to the Jesuit residence with an empty typewriter case. He would always say he was working late and then fill up the typewriter case with beer and bring it back. We would drink and smoke and put out the best newspaper the school had ever seen. (Truth be told, today I neither drink nor smoke).
More than anything John Lowe was a beacon of honesty. He told things the way they were and he would never bullshit you and he never laid a hand on any kid ever. He did some very inappropriate things, perhaps things that certainly would land him in a lot of trouble today. He took a group of us camping on Hemlock Lake on the property of the old monastery. There was a lot of drinking and a lot of smoking and lots of discussion of the meaning of life. We asked him how he ended up becoming a Jesuit and he said he was just out of high school and if he took one train he would end up in the army and he if took the other train he’d end up becoming a Jesuit. He said he got drunk and got on the train and this where he ended up. At one point he threw a beer can out into the lake, pulled out 45 pistol and we had target practice. It was a different time in 1965.
The summer after graduation I told him about one of the priests who tried to  "get fresh" with me in the back seat of a car after a party. He was very understanding but also said the people at the top don’t care. He had reported this guy before. He was the most honest person I had ever met. While I was in college we kept in touch for a couple of years. One day I stopped by the old school and he told me he was finished. He said he had enlisted in the army. He just couldn’t stand the fact that he was teaching Latin and English to kids who were being shipped out to die in the jungle across the world. He became a chaplain in the army and in the summer of 1968 I visited him at Fort Hood in Texas on my way out to a Peace Corps program in Fresno, California. He met me at the airport with two bottles of vodka and we proceeded to get stinking drunk. He told me that he signed up for another tour in Vietnam. He felt it was what he was meant to do, but shortly after he agreed to sign up, the Tet Offensive took the lives of many of the young people that he had come to know. He was heartbroken and did not want to go back. It was 1968 and a very emotional time.
I lost touch with him after that and it wasn’t till quite a few years later that I was hitchhiking down Monroe Avenue in Rochester. He stopped and picked me up. He said he had a new gig, he was a counselor. He had gone back to school and gotten a degree in mental health. He said he had an office just down the street. Just remember. "Lowe on Monroe"..... I never saw him again and sadly, I never told him how much he had influenced my life. For better or for worse he shaped my style of learning, my methodology of thinking, and my worldview.

Now that all the teachers have gone back to school and are truly fighting the battle, let them be recognized and be aware that some of the students whose lives they touch, will be changed forever by their contact. A special salute to my teacher/daughters, Kara and Rose. Go get ‘em... 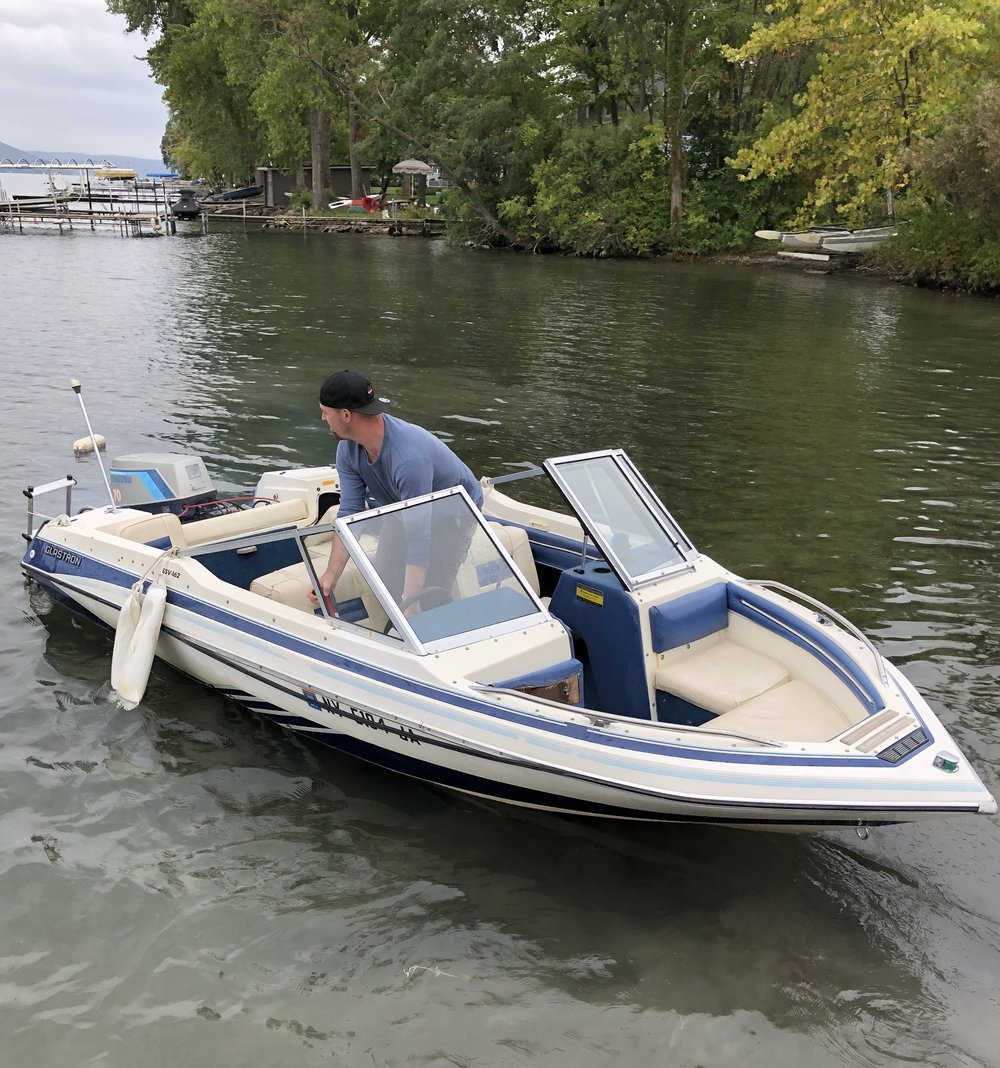 I bought a small boat this week with my son Benjamin and we got some great fish. I bought something else too, but I’ll tell you about that next week. 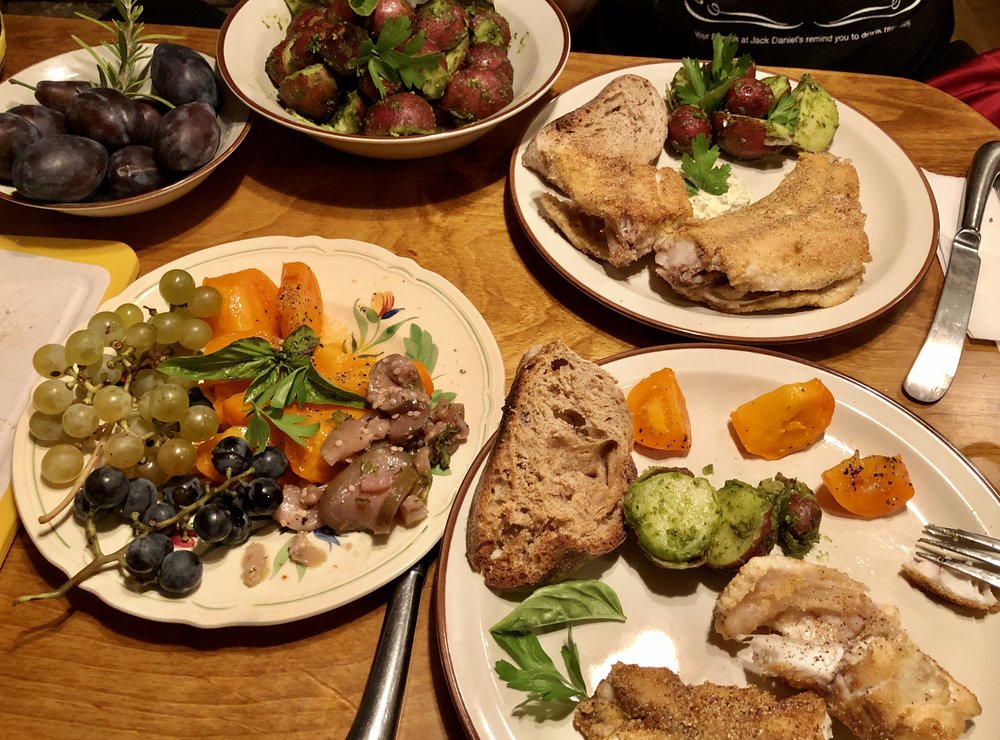 Dinner at the lake. Everything on that plate came from within 100 yards of where we had dinner. The farthest away was the fish that were at the end of the dock! Everything local! 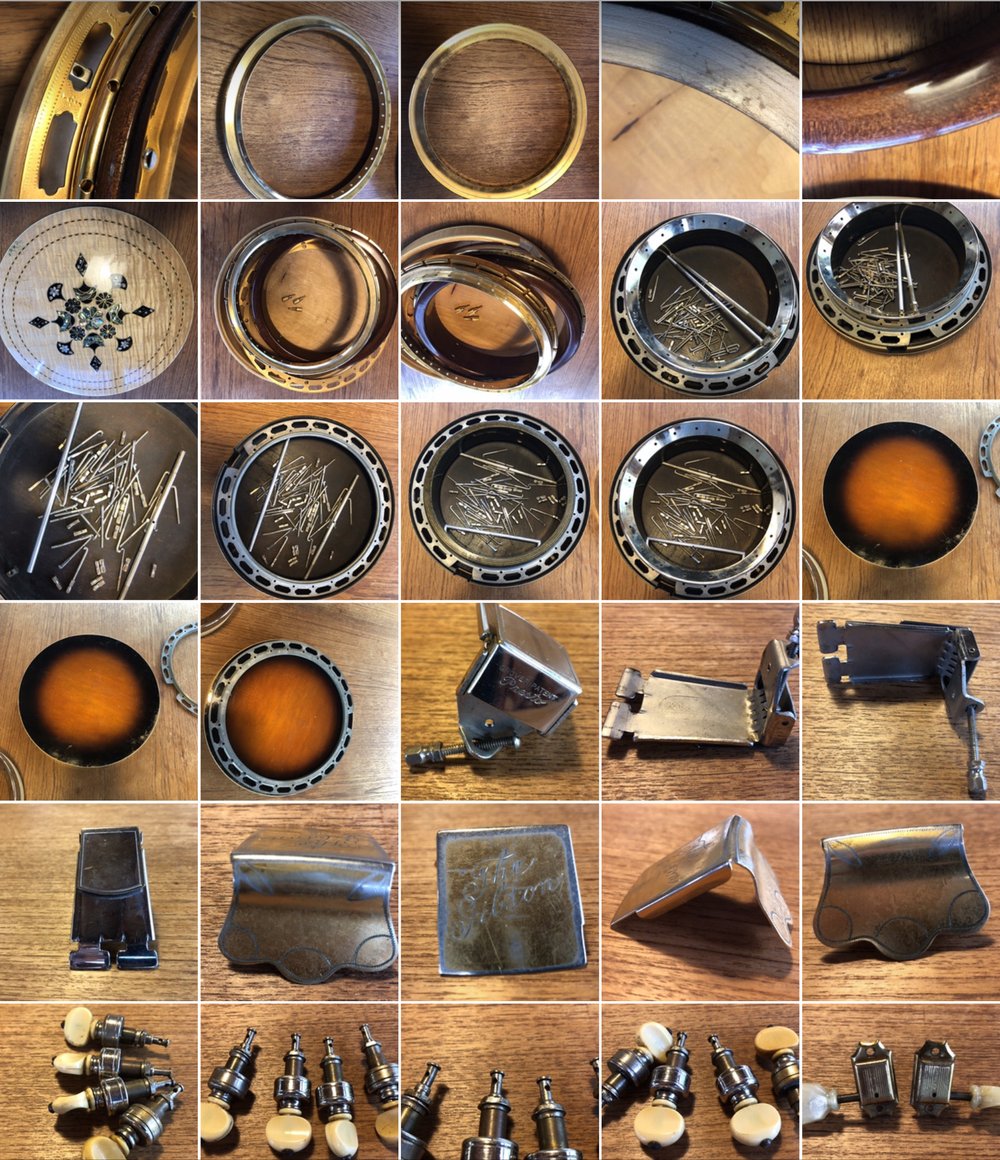 Julie’s ebay stuff this week. Click the link to see all the auctions.