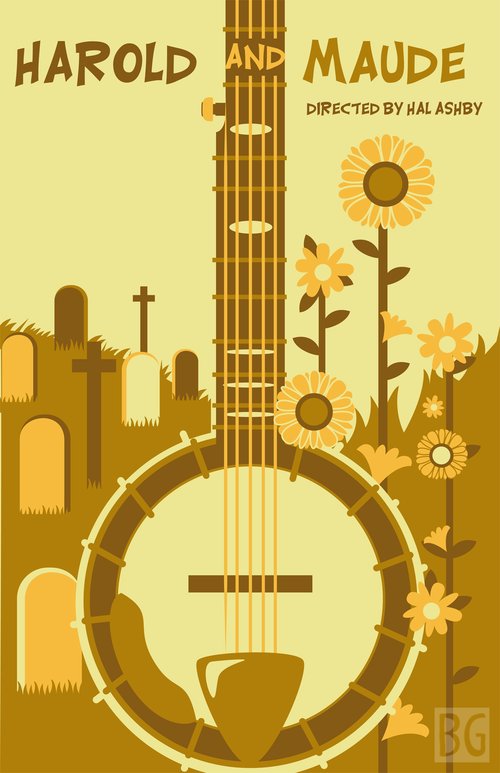 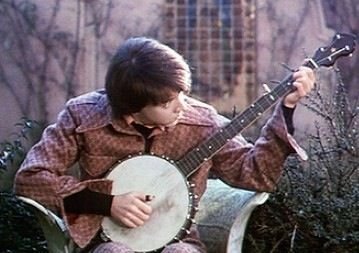 This is a Vega Regent that we owned a few years ago. I was searching for a banjo that might’ve looked like the one that was used in the movie. I’m sure it was either a Senator or a Regent or some variation of Vega banjo 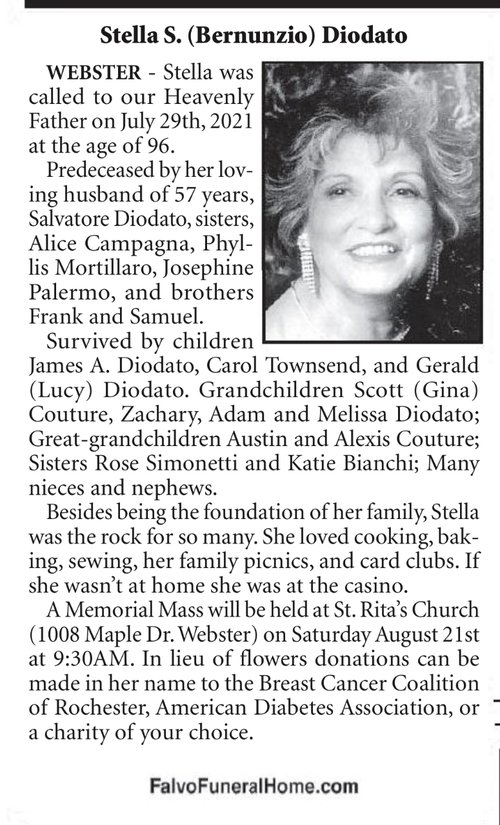 My aunt “Stella” was one of the last three of my father’s remaining sisters. She was as kind as she was beautiful and she was truly the "queen of the aunts".

Sometime shortly after graduating from college I fancied myself a movie buff. I watched lots of movies back then, something I seldom do today. In 1971 I happened upon the artsy film entitled "Harold and Maude". The catchy soundtrack was by Cat Stevens and it was a very quirky movie at the time. The plot was simple. Harold is a rich 20 year old whose only amusements in life are attending funerals and staging fake suicide attempts. He falls in love with Maude, a nearly 80 year-old free spirited pre-hippy hippy, played superbly by Ruth Gordon. She has a passion for life but also an attraction to funerals where she and Harold hook up. She tries to get Harold to see the beauty in life… in every flower there is a different story. However, she has planned her own demise when she turns 80 in a few days so that she can return to the soil from where she came. There is a tender scene when she brings Harold to her humble abode (there was supposed to be a love scene but Paramount Pictures nixed it because of the scandal that would arise). Her home is completely packed with artistic ephemera…. sculptures, paintings and antiques. At one point she reaches into a tall cabinet and turns to Harold and hands him what he needs in life….a banjo. Now in 1971 I had no idea what a banjo was. I don’t even know if I recognized it in the movie but it must have planted some kind of subliminal seed as I acquired my first banjo the next year. Last Friday night, while I was sitting home alone I decided to turn on the TV and give the channels a spin. Lo and behold "Harold and Maude" came up for my viewing pleasure. I had forgotten all about the banjo scene and its importance in the movie. I just stopped the film at that point and stared. It was a vintage, 1920s Vega banjo ….probably a Senator or Regent like the hundreds that I’ve owned over the years. Did this movie plant the seed for the guy who has now sold more than 10,000 banjos since then (and I am not exaggerating!)?  I don’t know, but I like to think that perhaps there’s some larger plan to life. 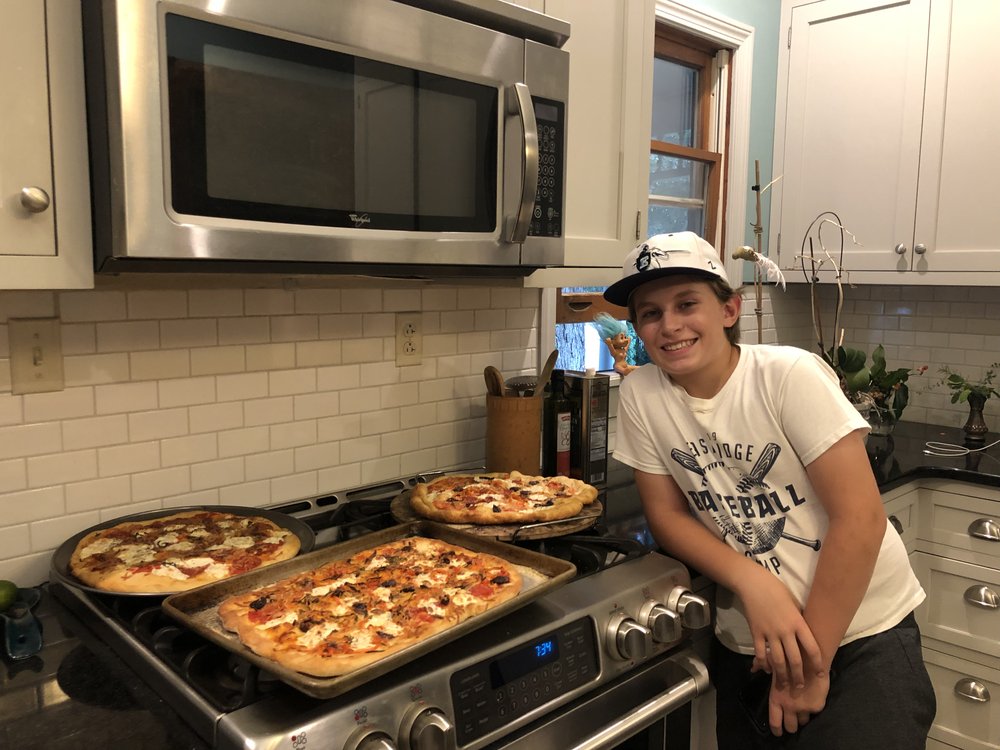 I spent a few days this week with my grandson Henry. We rode bicycles, he cut the lawn, and we made some great pizza. He also accompanied me on an instrument buying trip to Syracuse where we purchased two Gibson amplifiers, a 1930s Wurlitzer apartment sized piano and a pump organ! He is a great kid and he starts eighth grade in a few weeks. 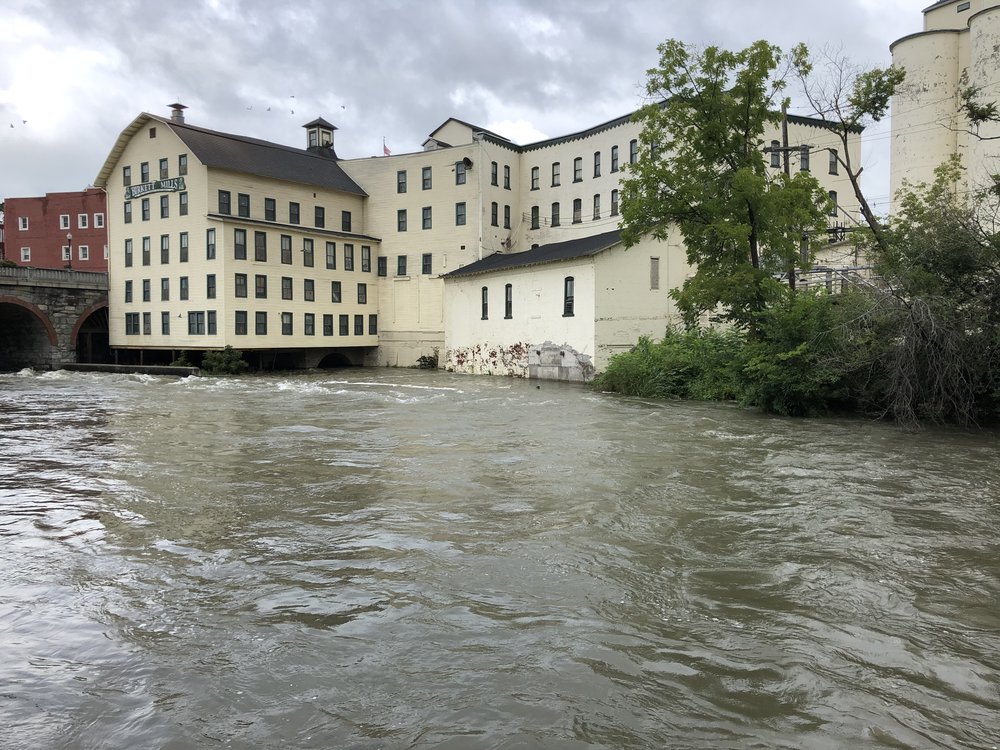 With the abundance of recent rain,  the Outlet for Keuka Lake has swelled. This is the site of a floodplain. There was some tragic flooding in southern Steuben County, not far away.