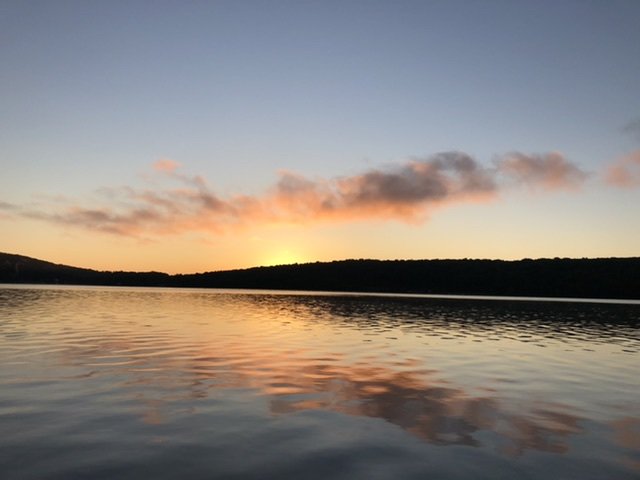 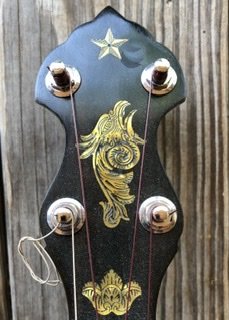 Some of my early books by the "masters". 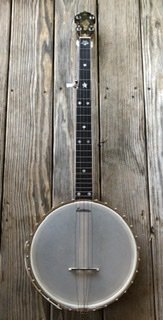 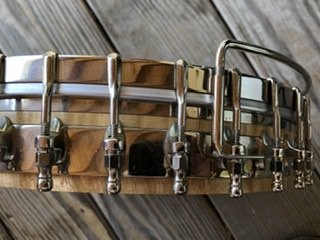 I decked out my banjo with some repro "cobra" hooks and an original adjustable arm rest. I have it set up with Nylgut Red strings and it’s just a dream to play. 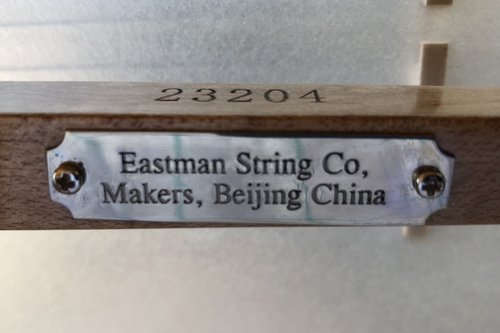 I am still spending time down here at Keuka Lake recuperating from back surgery and have the opportunity to participate in physical rehabilitation in the town of Penn Yan which is close by. Thanks for all the positive thoughts. I got an excellent report from Dr. Peter Cappicotto. Looks like they’ll be more fishing in the future!

Actually,  I’ve spent a little time tinkering around with my banjo again. I pulled out some of the books that I bought when I was young. I looked at them and they’re all written by people that I know today and have become customers and friends! Thanks to Bob Carlin, Henry Sapoznik, Art Rosenbaum and many many others. Life is interesting! Anyway my banjo of choice, given the fact that I could have anything in the store, is an Eastman Whyte Laydie. Let’s talk about the “Eastman” Whyte Laydie banjo,  it’s an interesting story. We started carrying “Eastman” instruments on the recommendation of my good friend Dan Duehren of California. I shunned the idea at first because I wasn’t interested in products made outside the US, nor was I interested in new instruments. But Dan is a tough guy to say "no" to....he sent me a mandolin and one of the jazz guitars. Well, I really couldn’t believe my eyes or my ears or my wallet. Eastmans were incredible!

Fast forward to 2006 when we opened our store. Our new association with Eastman Strings was one of the reasons we decided on a retail store. After all it was right down the street from the fabled Eastman School of Music. The Eastman jazz guitars proved to be a great hit especially with teacher Bob Sneider. Putting one in his hands and watching him work his magic was the beginning of a beautiful relationship, as the saying goes.

After meeting Saul Friedgood of Eastman guitars, I got up the nerve to ask  if they would consider making a banjo for us. Saul‘s response was very positive and we got to work and thinking about what would be a good model. As a young guy interested in banjos in the early 1970s, the holy grail was the A. C. Fairbanks Whyte Laydie. It seemed to have the perfect sound for the style I was interested in....but it had to be a very specific size.....10-3/4” rim and 26” scale length was the gold standard. Of course I could never afford one back then, being a teacher raising a couple of kids....it was out of the question. Of course as history had it I became a banjo dealer and I have had many Whyte Laydie Fairbanks banjos pass through my hands. At the time of the offer from Saul I had only one Whyte Laydie in my possession. It was actually a 23,000 serial number (long considered the best of the best), Whyte Laydie Banjeurine on consignment from our good friend Jim Bollman. Of course banjeurine is an instrument with a short neck so that was not going to do, but the rim was absolutely perfect. As an aside, that rim had an original long scalloped dowel stick ferrule and that is why the Eastman Whyte Laydie banjo has that ferrule which is usually reserved for the higher, custom models. Figuring that “Eastman” could make a neck without much of a problem and that the rim would be the key, I sent them just the rim from the banjeurine to see if they could reproduce it. Within a relatively short time they sent me a completed rim. It was made in the style of the originals with a thin, tortoise bound  wooden hoop that much lighter than later period banjos. We promptly threw a Reiter neck on it that we had in the shop and it made one incredible instrument. Next was to work on an entire instrument. I was lucky enough to get on loan, a beautiful, perfectly proportioned Whyte Laydie No. 2 from my friend in Canada, Bob Hutton. Not only was it complete, but it also had the original case which I was hoping “Eastman” could reproduce. We quickly shipped it off to China. Things got bogged down there and there didn’t seem to be much progress for quite some time. In the meantime we had an offer from “Eastman” to  visit the factory in Beijing. Not only me, but Julie and our two daughters Grace and Rose! We met up with a few other dealers and flew to Beijing for 10 days. An incredible experience! When we got the tour of the factory lo and behold there was Bob Hutton’s banjo sitting on a bench. No one had really touched it because they did not know how to take it apart or if they were allowed to take it apart. I told them to give me a screwdriver and I’ll take the damn thing apart right here. We took it apart and I explained how the neck was made with the center laminations, the dowel stick, and all other attachments. One of the first prototypes to arrive was a plain, uninlayed model. We sent the neck off to our good friend Douglas Unger and asked him to inlay the peghead and fingerboard in the style of a 1903 original. When we received the neck back we set the banjo up with original early Planet tuners, an original five sting no knot tailpiece and an original A. C. Fairbanks name plate. I brought this to the “Banjo Gathering” and several of the aficionados remarked that it was the cleanest early Fairbanks they had ever seen....but it had no serial number!

The first banjos arrived with a great deal of hype. We were very excited to see them. As an inside joke we had asked “Eastman” to serial number them beginning with 23,000 a throwback to the old Fairbanks Banjo. They also replicated the Fairbanks plate with their own name “Eastman Strings, Beijing China. However, the first banjos all had the same serial number. I guess the word "consecutive" did not translate. Something else that is not exactly like the original is the thick ebony fingerboard. Original banjos had cream colored neck binding with a cut to reveal the black fingerboard. This was initially interpreted  as white and black binding. We corrected that and then realized they had put an extra thick EBONY fingerboard as well as  peghead overlay and centerseam. The entire neck is very solid,  more so than the originals, which used pearwood, a softer material. Of course the banjo has the ornamentation of the original with the hand engraved pearl in the peghead and fingerboard. We did change the inlay to the 10th fret instead of the 9th as was on originals. They were not able to match the original " Cobra" style hooks but I have mine outfitted with a set of reproductions that are pretty nifty. “Eastman” has also graciously allowed us to sell their necks both inlaid and non-inlaid for people wanting to build their own banjo. All in all it is been a very interesting undertaking. I thank the “Eastman” company for giving me the opportunity to develop the product of my dream. 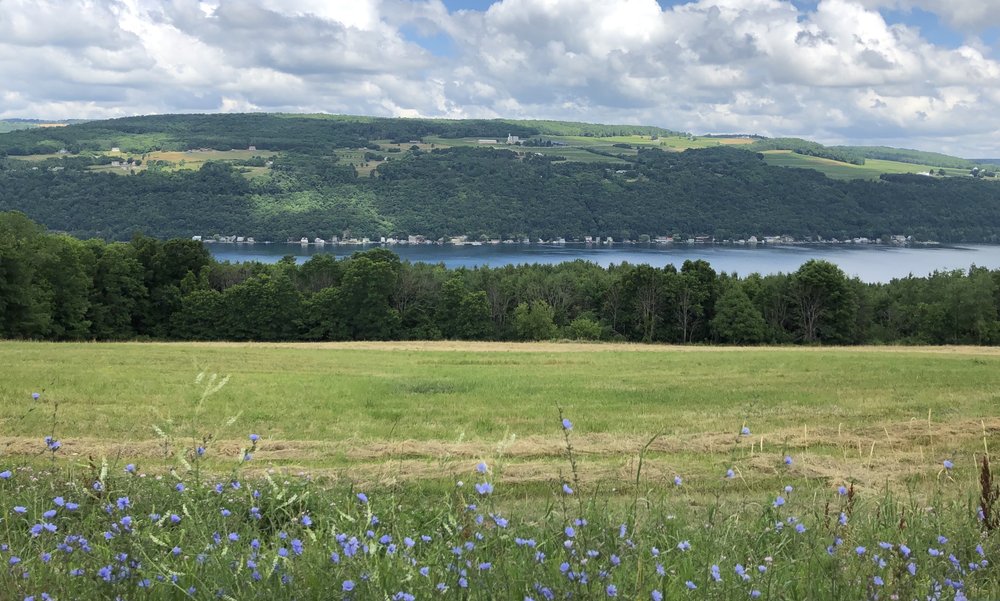