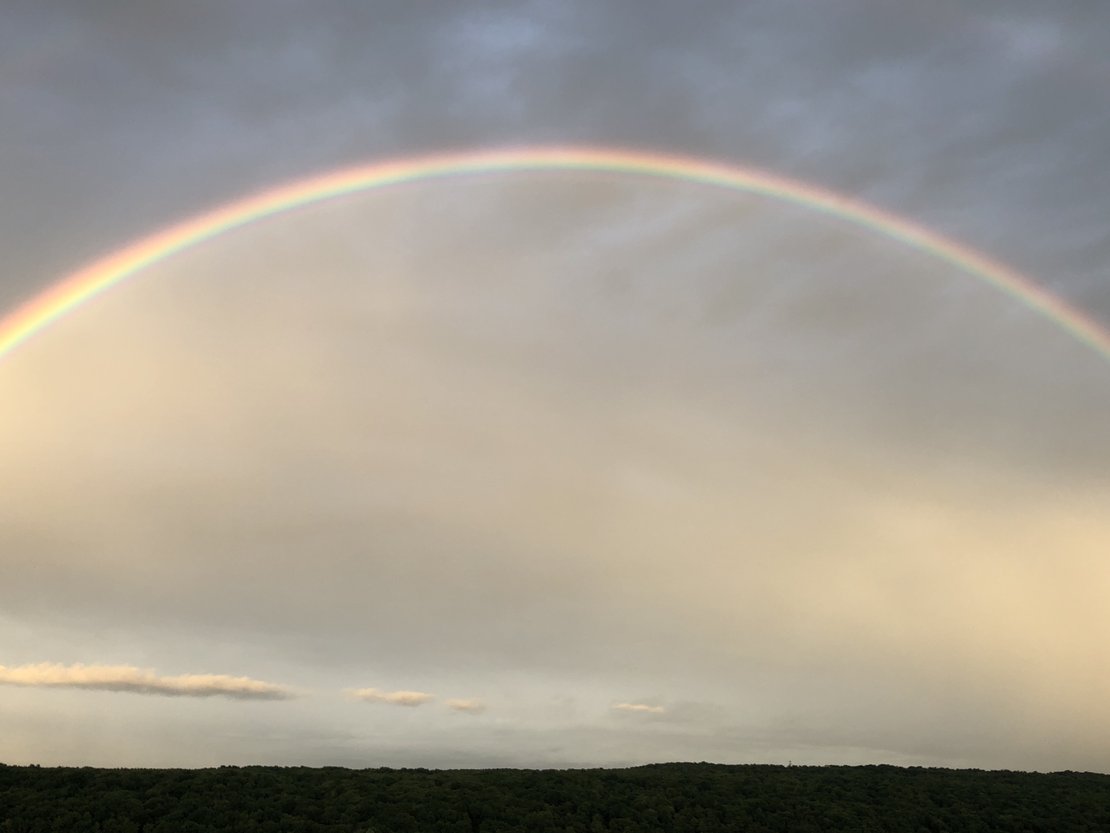 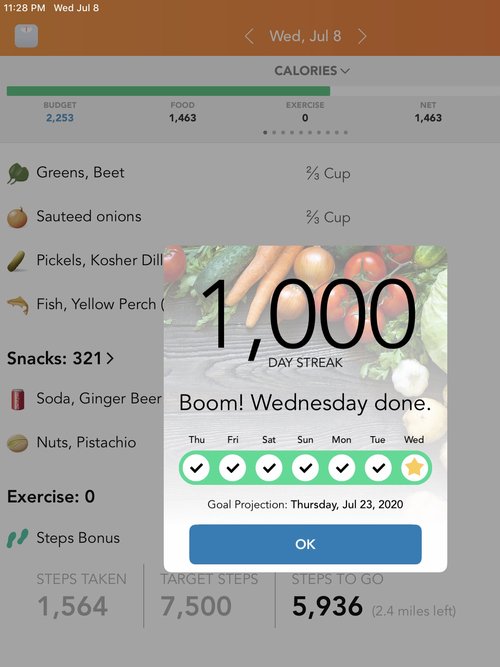 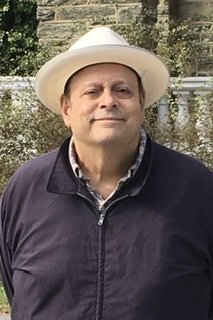 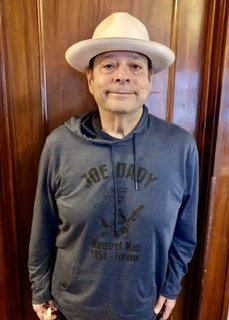 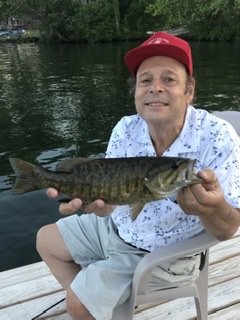 Fishing I found is a very good socially distant activity. A lot like banjo playing! 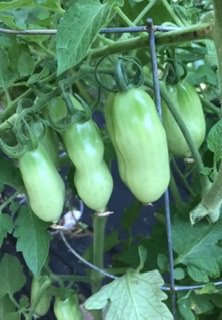 Julie’s garden is starting to produce some incredible results. It’s going to be a banner year for San Marzano tomatoes

This week was a milestone of sorts. As you can see from the photo on the left I reached a little personal streak. Many of you know that I have fought the "battle of the bulge" for many many years. Growing up as a chubby little Italian-American kid  in the 1950s  I was encouraged to eat more....you’ll sleep well. When I  got to high school I checked in at 205 pounds. The football coach told my mother, "Mrs. Bernunzio, he can be a good football player but we’d like him to put on at least 30 pounds". Well that’s all my mother needed to hear....the feedbag was permanently attached to my neck and I ballooned into a good sized lineman. Of course I was a willing and ready participant. I was never quite able to shed high school weight and college started and it crept up but there was no football to play. I worked hard in the 1980s to slim down a bit. I was looking quite svelte and I met the beautiful Julie Ellen Schnepf....a true epicurean. We moved to Europe shortly after and things started to spiral upward. Then came a surprise child, Grace, and I gained 50 pounds  but I  never delivered! Struggles continued in the big house on East Avenue. It seemed I was growing into the size of the space I was occupying....topping out at 300 pounds! When we sold the house and we moved into an apartment, Julie brought up the idea that we were "downsizing". Maybe it was depression, maybe it was personal downsizing but I started to diet seriously. My constant companion was an app that I had had on my phone for many years. It was simply called Loseit!. It helps you record the food that you eat for the day and make a plan. I started to look at food as energy in and energy out. I also started working out in the gym, swimming on a daily basis. Over the course of these 1000 days I have lost 115 pounds and it has been off for over a year. I continue to use the app, I continue to record what I eat and continue to receive joy out of cooking local, fresh products. There were a few nights in the beginning that I went to bed hungry. I just skipped dinner. I remember Julie saying to me "how can you go to bed hungry?" I thought to myself.... how many people across the world go to bed hungry all of the time. I thought it would be good for me to experience it once a week. It is a good reminder and feeling hungry is OK.

I continue to recoup from back surgery down here at Keuka Lake. Julie is visiting and I’ve had a few other visitors and zoom conversations. Anyone who would like to call, just contact the store and they’ll give you my number. I look forward to hearing from many friends while I’m down here. 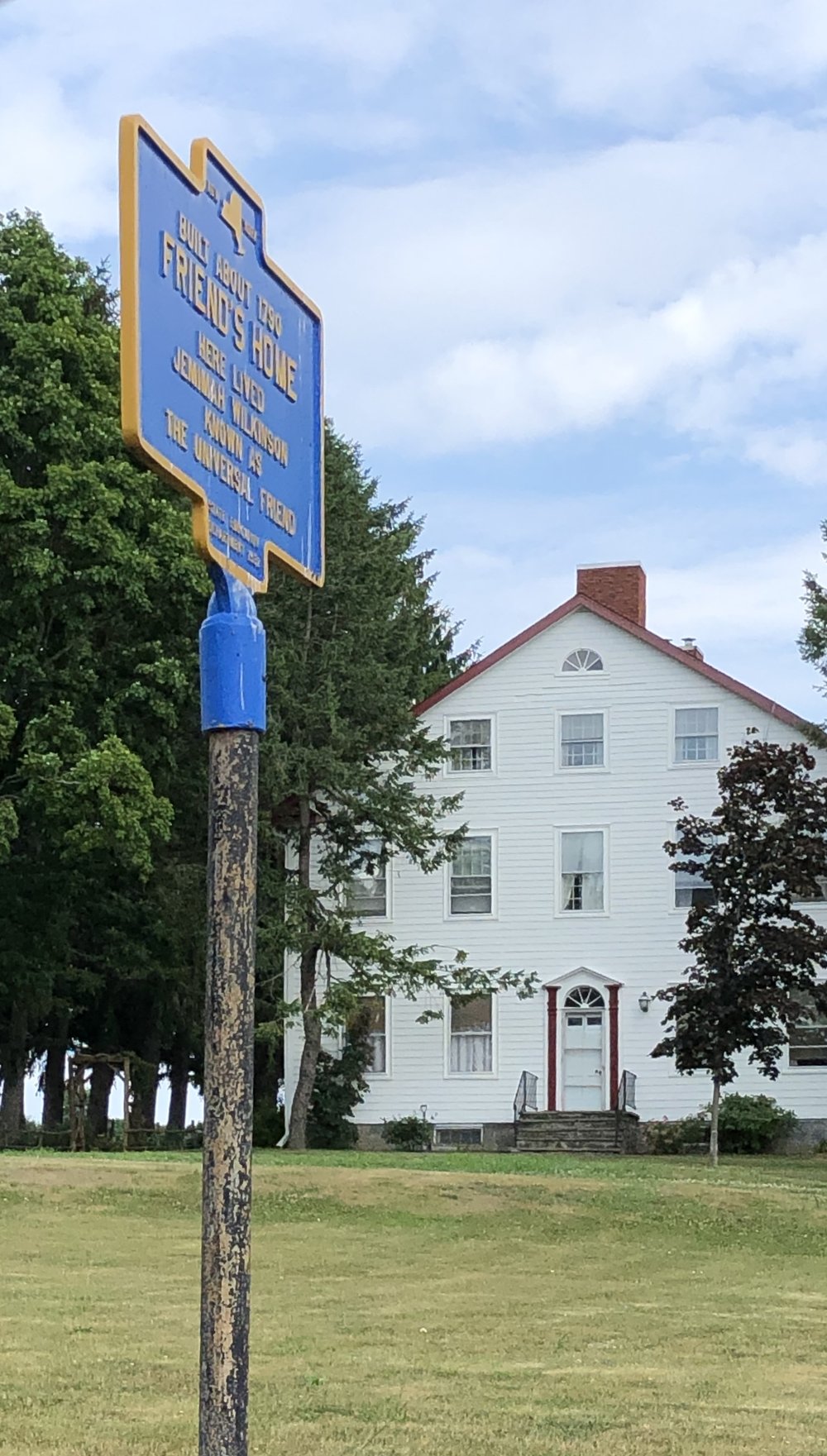 Jemima Wilkinson, a Quaker from Rhode Island suffered a death like fever at  age 24. When she awoke she said she had died and been reborn as “The Public Universal Friend”...neither male nor female. Wilkinson began a religious movement, the first native-born American to found a religious community. "The Friend" eventually purchased land just north of what is now Branchport, NY. They named the town “Jerusalem” as is is still called. They opposed slavery, violence and promiscuity. The movement died out by the 1860s but the original house and church remain. 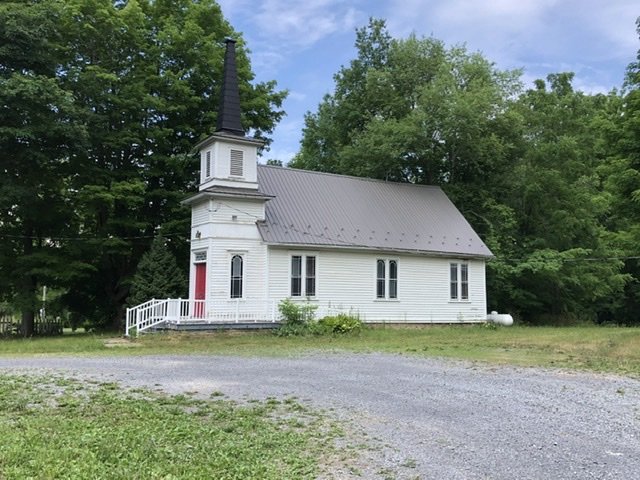 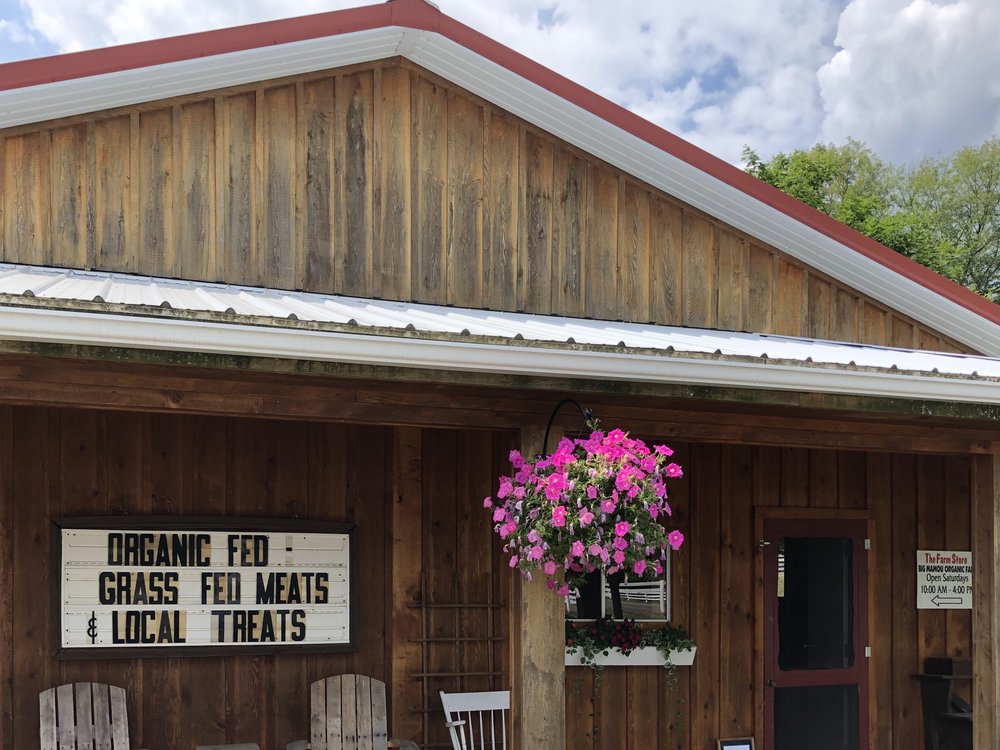 Big Mamou Farm Store is a place I have been frequenting for the past two years. They specialize in all organic, locally grown food. 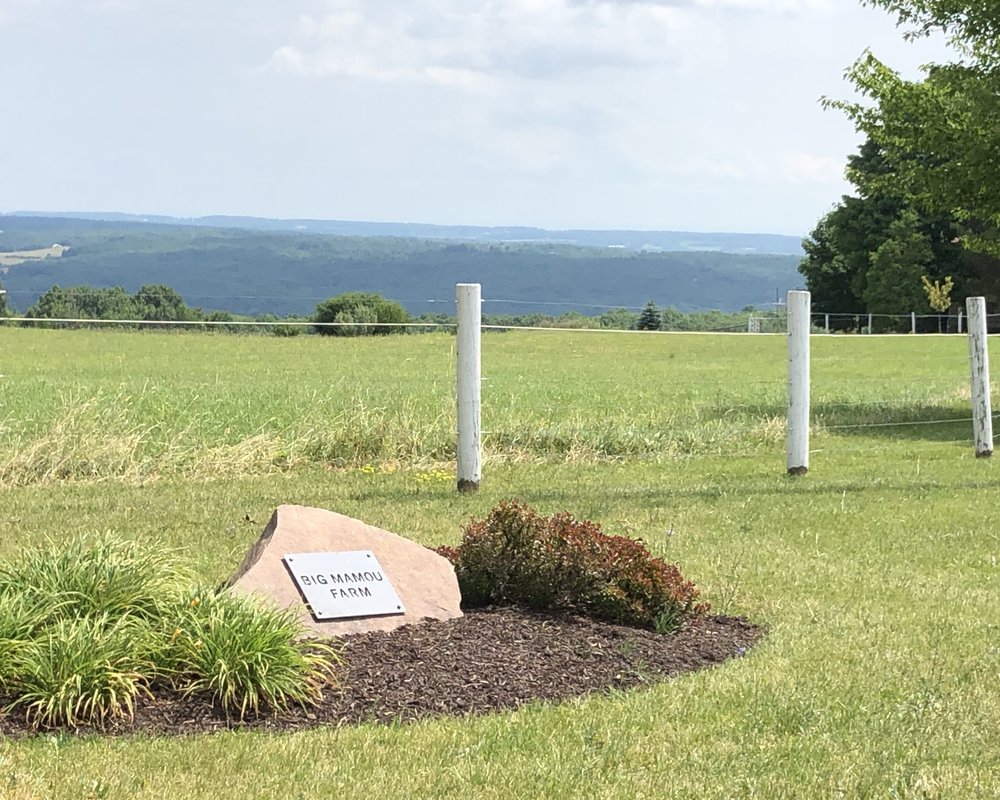 The Farm is perched high up in the hills above Keuka Lake. 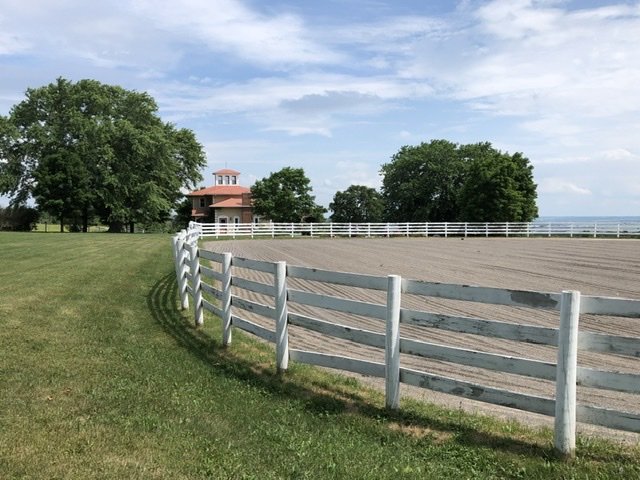 ...and rivals the fine estates in California.