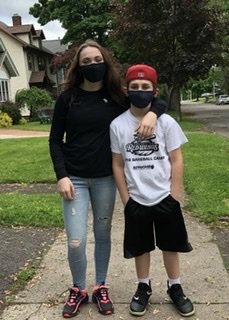 I grabbed these two "bandits" (aka grandkids) on Saturday and took them out for ice cream. 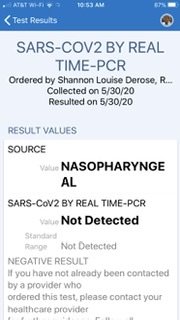 In preparation for my back surgery scheduled for Tuesday I was required to take a test .....I passed!

I would be remiss if I did not acknowledge the fact that my daughter-in-law Taylor‘s twin sister, an officer with the Rochester Police Department, was out the entire night on duty protecting the town. She is a dedicated professional and after hours is always doing some act of kindness for any kid who needs a little attention. These are the kind of cops we need to be held up as role models in our society. Whitney, you are loved. 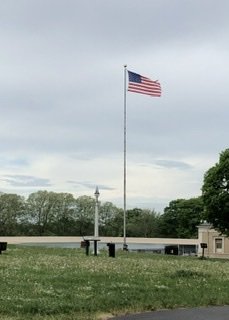 Newsletter Riots in the street

Every week I write this newsletter and try to report the interesting things that have happened around our store and in our life. I’ve shared pictures for the past three years of store events, travels and the inside story of what our lives are about. However, today there is a different story. This weekend our community was wracked by violence and at the same time witnessed a beautiful peaceful, protest. Our country is at a crossroads and this is a time that I feel I have lived through once before. I was a junior in high school in 1964 working at my father‘s bakery in the center city in Rochester when the infamous "race riots" broke out. In the few days before the riots people who worked for my dad warned me about going into the city on Friday night. Izzy Ramos Soto was my friend and he told me there was going to be violence and to stay away. The riot was not spontaneous but preplanned..... and the city burned for three days. My dad’s bakery was spared because he hired people of color back in 1960. He strongly believed that any man who was willing to work deserved that chance and he often recruited workers who were just getting out of the county jail. Those areas of the city that were strongest hit are still today, 60 years later, the poorest and the most disadvantaged parts of town. The anguish lives on.

Our mayor, Lovely Warren and the chief of police, La’Ron Singletary spoke strongly after the riots... but it was too little and too late. Instead they should’ve been at the head of the protest, marching together with those seeking justice.... together with the men and women in blue who are trying to keep peace. That would have been a powerful statement. Now there are many claims that the violence was perpetuated by people outside of the protest. We don’t know this for sure but from the photographs there is evidence that those who were destroying property and police cars had nothing to do with the peaceful protest that had started in the afternoon. These are very troubling events and they are being repeated across America.

Our store is in the middle of the action and fortunately was spared.... But I’m afraid there are emotional scars that will last for the rest of my life. Something is happening in America that I just cannot stomach. The issues at hand are something we’ve been talking about for 60 years and when the dust settles and the broken glass is swept up nothing has been accomplished. Politicians have lined their pockets, contractors have profited from the construction of "welfare housing" and all of the promises have fallen on forgotten soil. I tracked one such rehabilitation project that was being carried out in the city and by doing the math I found that they were rehabilitating houses in a poor section of town and the cost per house was $215,000.... in a neighborhood where houses sell for $50,000! It’s beyond injustice....to me that neglect is comparable to violence. All the while our suburban towns grew in wealth and their schools prospered. Some of our suburban schools are the finest in the nation but what sense does it make to spend the most amount of money where we least need it. Rochester City Schools are $65 million in debt and unfortunately sinking. Education is a right, not a privilege. It opens doors and lifts us up. The poorest areas should have the BEST education not the worst, and this is from an ex-teacher.

Well, thanks for letting me have my say. Our store remains open by appointment only although Western New York has been cleared for reopening on a limited basis. We have been having customers come in "by appointment" and placing phone orders for curbside pick up. We will continue that model until further notice.

Julie and I continue to put things on eBay and that income has really kept things afloat. We’ve discovered all kinds of parts, dodads and widgets in our storage area and we are bringing them out, dusting them off and putting them up for sale at a $1 starting bid. Follow her on eBay here