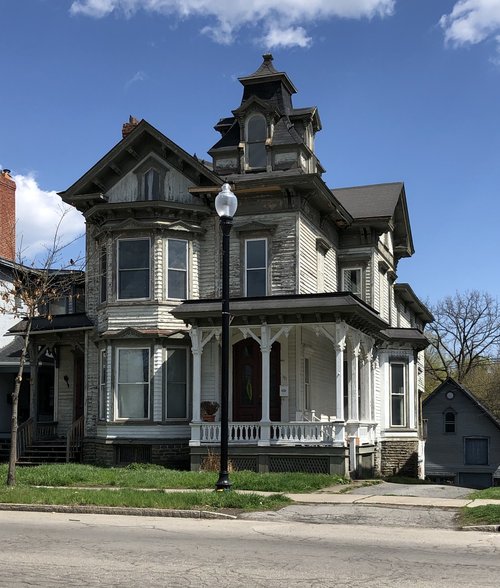 Not every house on Main Street, Penn Yan is kept up. Our neighbors purchased this old "munster" house and plan on turning it into a bed-and-breakfast. The price of purchase less than a new midsized car. Quite a bargain even after restoration. 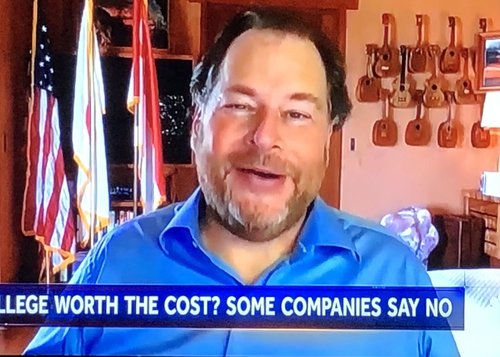 I saw this on the news Saturday night and had to snap the picture. Not only does this CEO of "Salesforce" say you don’t need a college degree BUT he also has a ukulele collection! 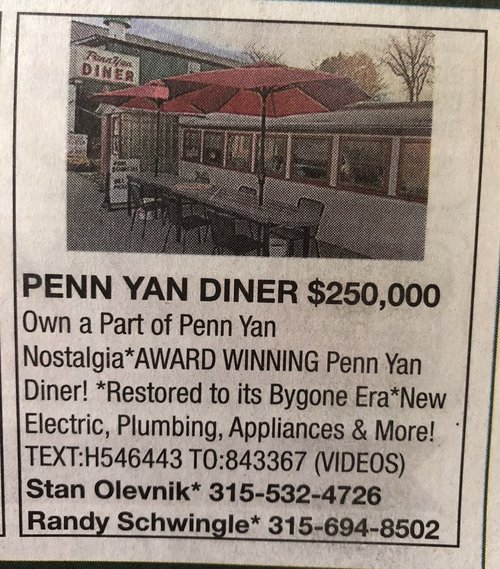 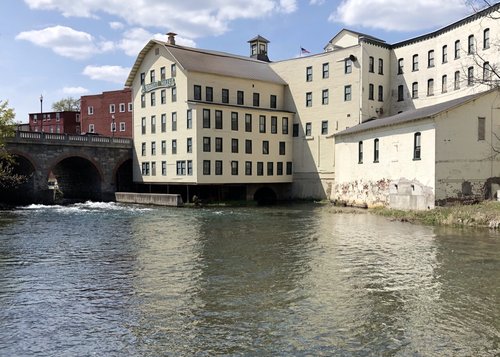 On the Keuka Outlet Trail...

NEWSLETTER on the cost of college education

Let’s talk about higher education in America today. I was the first of my family to graduate from college. It was not without struggle. While I wanted to go to a large university, the guidance counselors at my school directed me towards smaller colleges and my pocketbook warranted living at home. It was a low point in my academic career. I had graduated from McQuaid Jesuit Preparatory High School which was about as prestigious as you could get in Rochester, New York in the 1960s. The tuition was a whopping $300 a year and I had to work all summer long in my father’s bakery to make half of the tuition and then work part time during the year to make the balance. However, as the oldest of six children, and the son of a baker, there was no money set aside for me to go to college. I had the choice of the new Community College or the local all male Catholic College down the street, Saint John Fisher. Both were a step down from my high school. Well, I went to Fisher and I did get a great education after struggling for the first couple of years. I found people that I could learn from and a style of learning that worked for me. I ended up graduating with a dual degree in English and Psychology and a minor in Anthropology.

Recently I had a conversation that made me think about college again. My oldest grandchild is applying to schools and I am stunned by the cost. But, moreover, last week when I attended physical therapy here in Penn Yan I got into a conversation with my therapist. My knee therapy has progressed very well but, once again I have having some serious issues with my back and still unable to walk even 100 yards unassisted. The woman who has been working with me is a real expert and was trained at Upstate Medical School in Syracuse, NY. I have been attending physical therapy for several months and we have a nice rapport. She looked a bit stressed and I asked what’s going on. She told me that she and her husband wanted to start a family but she felt it was more important that she got her debt paid off first. I said,  "What kind of debt can you have? You’re a young person." She proceeded to tell me that she still had $145,000 of college debt. Her mother was a single parent and there was just no money for college or for living out of town. I was stunned. That was the admission cost for her to become a physical therapist, it was the price of her job.

It made me think about a conversation I had with a colleague about 15 years ago. He told me his daughter was planning on going to a prestigious university in Southern California  and the tuition, then, was $60,000 a year. At the time my daughter Rose was shopping for colleges. She went to the local state school after attending community college for two years and then got a scholarship to RIT. I asked him how he could justify spending $60,000 a year for college. He told me something I would never forget. He said, "John, in college, it’s not what you know, it’s who you know." He told me his daughter’s roommate was Dick Van Dyke’s granddaughter! I laughed and said WHOOPY-DOO....that’s not what my idea of America is. What you know is more important than who you know. Today his daughter is the CEO of a nice company. My daughter Rose is a teacher. Maybe he was right?  Maybe it is who you know and not what you know? Maybe it is how much you pay for admission to a profession that allows you to assume that profession.....And maybe that’s one of the things that is wrong today in America.

PS THIS FRIDAY IS JULIE’S BIRTHDAY! I will be in the store all day on Saturday, May 1st. Stop by and catch up. 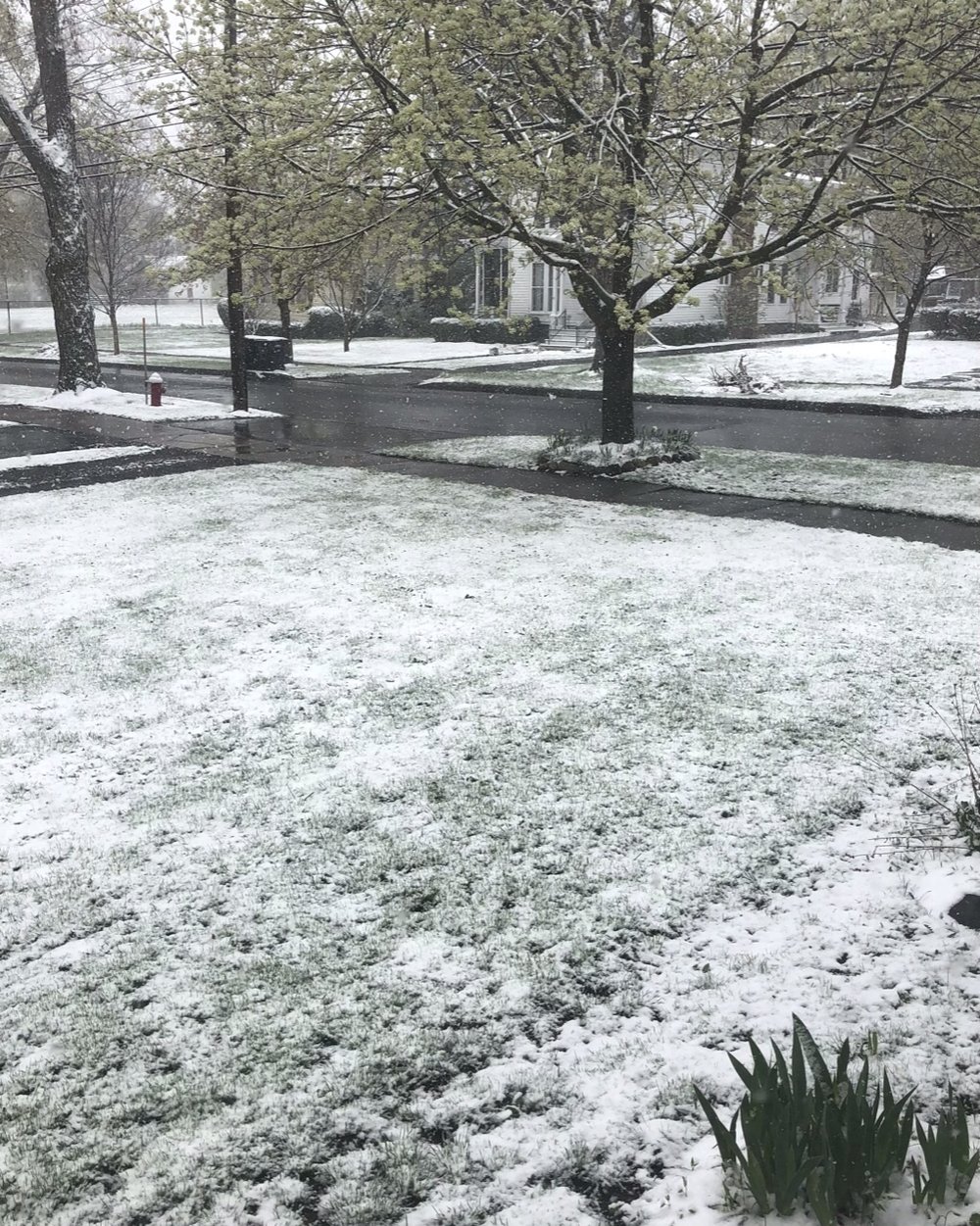 On Wednesday we awoke to this!!! 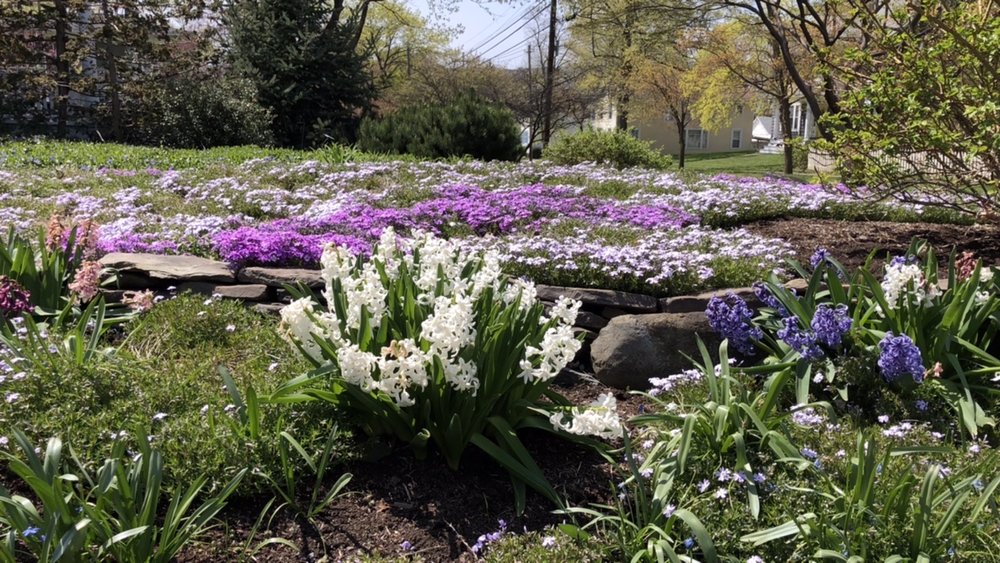 ....and by the week’s end Spring returns....A flowery front yard on Clinton St. 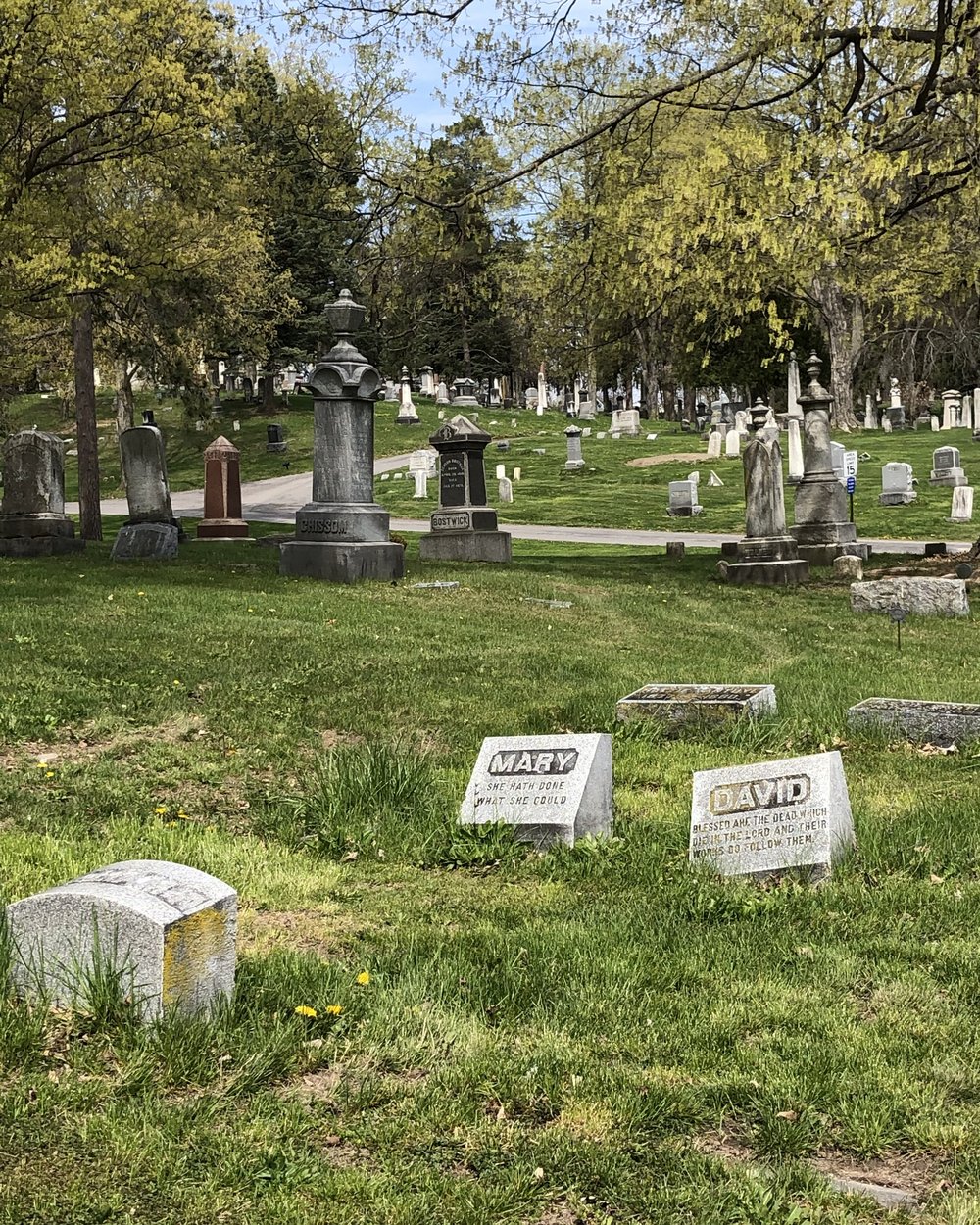 I took a little trip around the Penn Yan cemetery in my mobility cart. It was a beautiful sunny day and there was not a soul in sight...so to speak....and then there’s something about Mary!