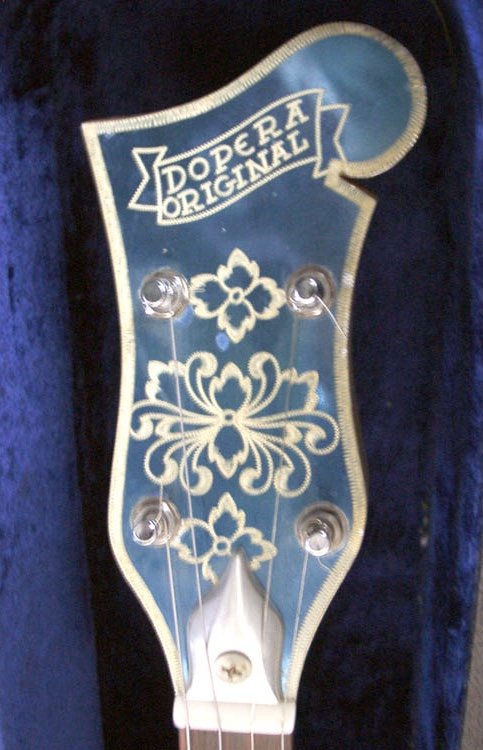 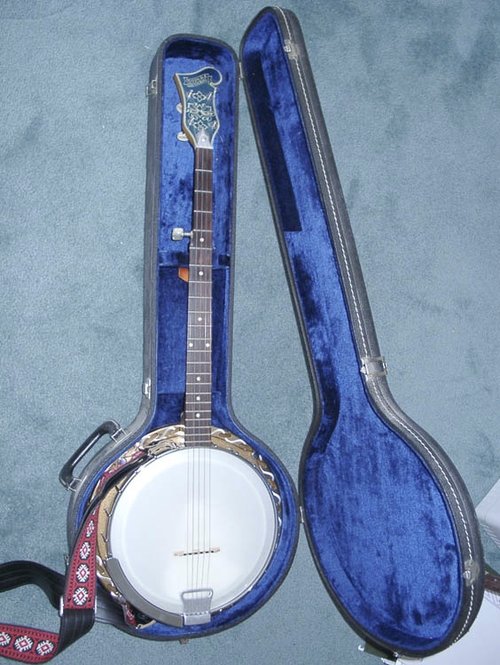 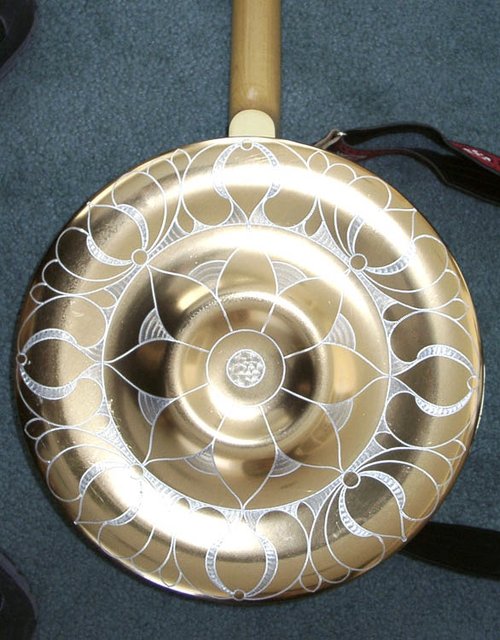 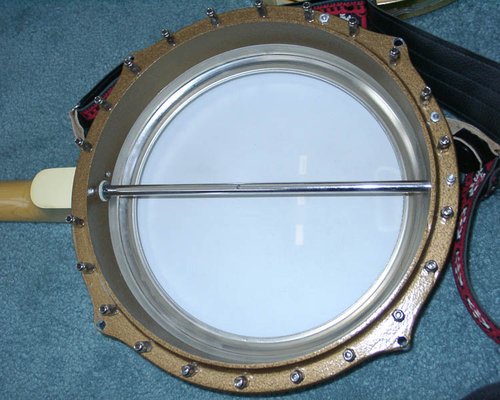 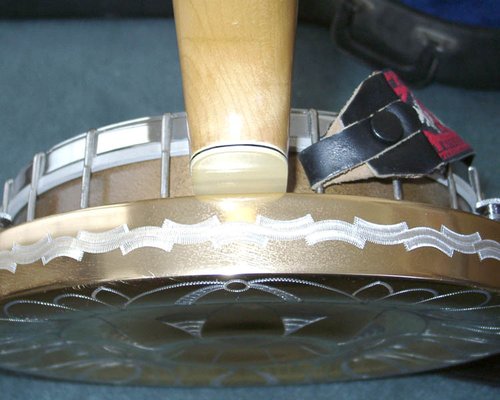 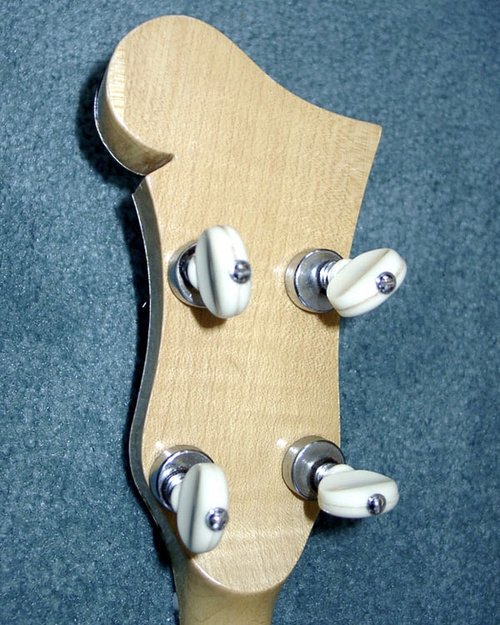 Happy Dyngus Day.....wet Monday to all of my Polish friends. May you enjoy the day and stay dry or get wet with the one you love! This week was history making for the state of New York. Finally, after many years of political debate, unscientific reporting and financial ballywag, Albany has legalized the stinky weed called marijuana. Politicians are already lining up to spend the tax dollars that will be earned from respectable businessmen doing what kids on the streetcorner did and were sent to jail to serve lengthy sentences if caught. Such is life?

At any rate, the whole matter has made me think about a banjo I owned many, many years ago. I have put pictures all the side panel to go along with it. The Dopyera brothers, from Czechoslovakia, were primarily known as the builders of resonator guitars and the famous DOBRO instruments that bear their name. The amplifying cone was the precursor to electric instruments and volume was the result....these guitars were loud and distinct. They went on to build wooden and metal versions with square necks for Hawaiian playing and round necks which became the favorite of blues artists. The company went through many incantations and was eventually sold to Gibson who owns the name today.

Sometime in the 1960s the Dobro company was experimenting and struggling to remain relevant. Musical tastes were changing and....if you can remember the ‘60s..... the entire social fabric seemed to be coming unwound. New sounds, new language, new ideas.....it was the age of experimentation and the age of DOPE! The instrument that is displayed in the pictures is from that time. Now the Dopyera brothers had made four stringed banjos with wood bodies in the 1930s, but this was a five string.....this was a banjo the likes of which we had never seen. It was an original five string banjo with single piece rim and tone ring. The gold, anodized resonator was stylishly engraved. The maple neck, with rosewood fingerboard sported a gold anodized peghead overlay engraved "Dopera" Original. We always referred to it as the "Dope Era" banjo. Perhaps it’s time has come again. Maybe Gibson and New York State can partner together to make it the official banjo of New York and re-issue the Dope Era Banjo.

I will be at the store on Friday and Saturday. Anybody wanting to stop by give me a holler. As a little preview, there has been such an influx of incredible instruments to come in the store that the gang will be spending this entire week cataloging. GREAT SURPRISES COMING SOON! 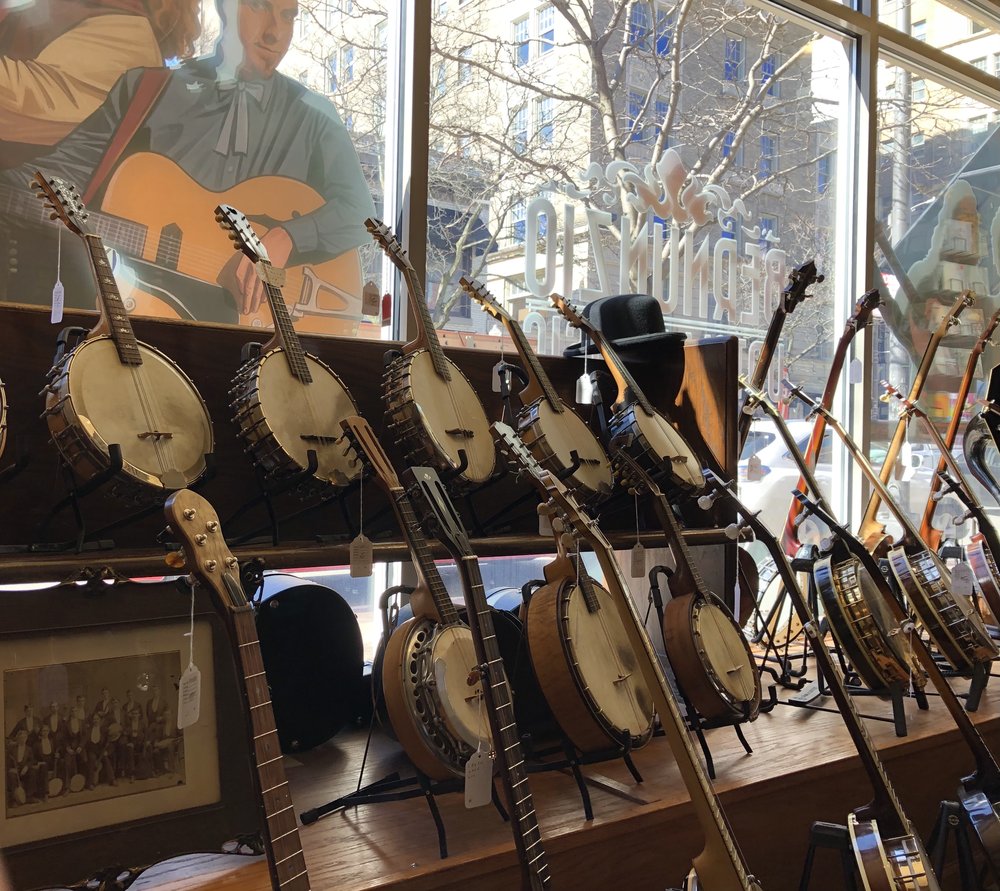 After some redecorating at the store, my "corner" had changed considerably. I found myself flanked by banjo mandolins and long neck five strings....wow 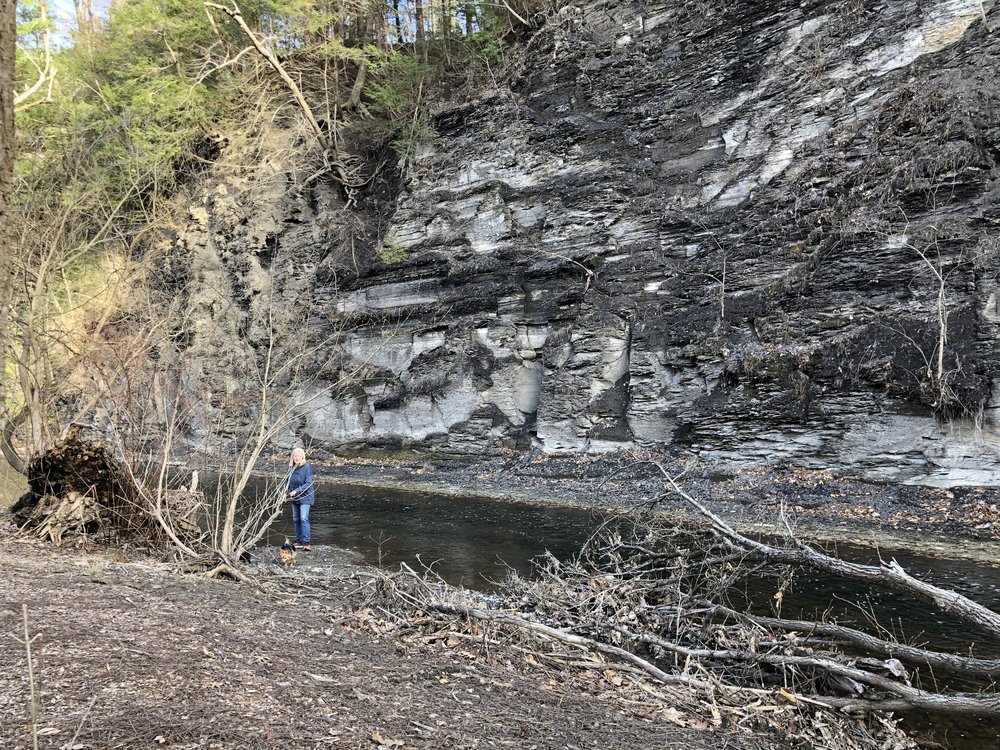 This past week Julie and I hiked to Keuka Outlet Trail (well, truthfully, Julie hiked and I rode my "cart"). This beautiful treasure runs between Keuka Lake and Seneca Lake.  It follows the line of the old canal and then later the railway. It is now a dedicated public access right of way, that traverses the several cascades that were once mills that drove the local industry.