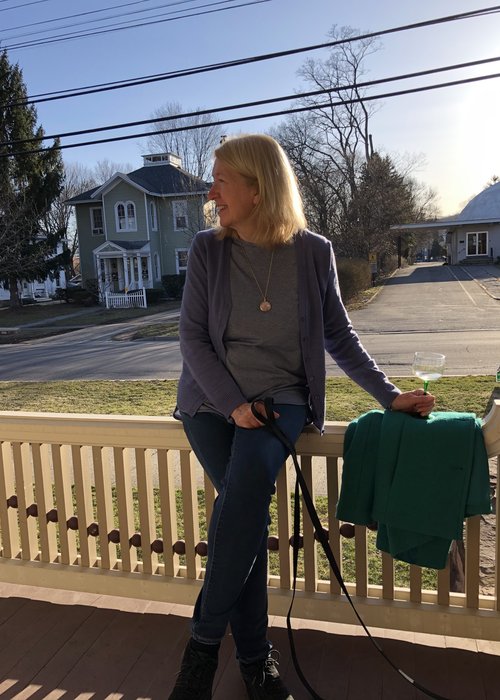 Julie on the front porch of the Bernunzio home Main St. PY. 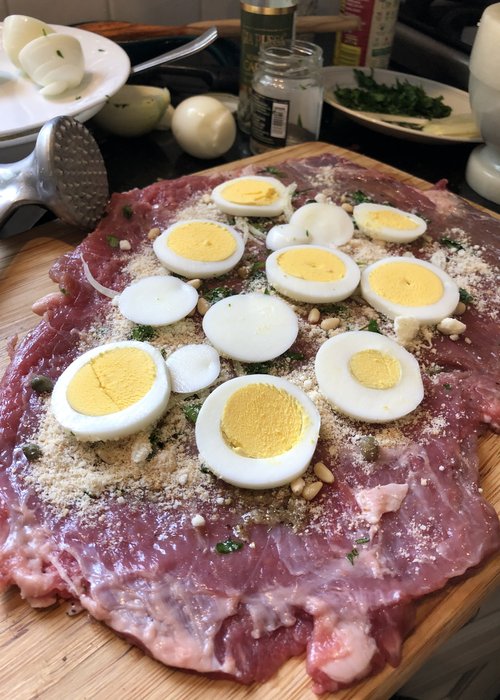 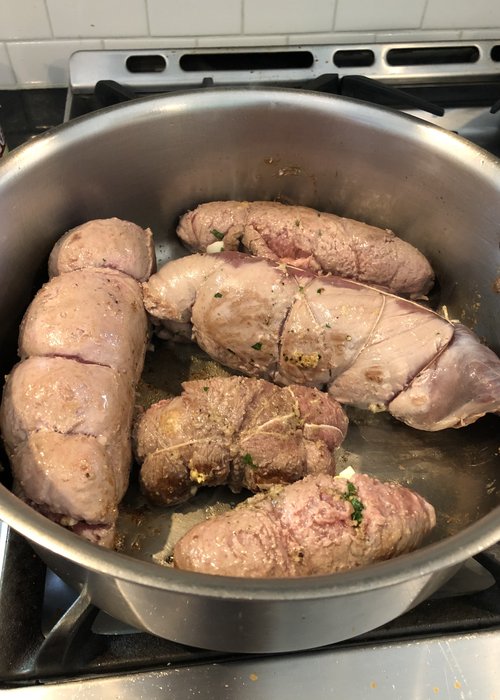 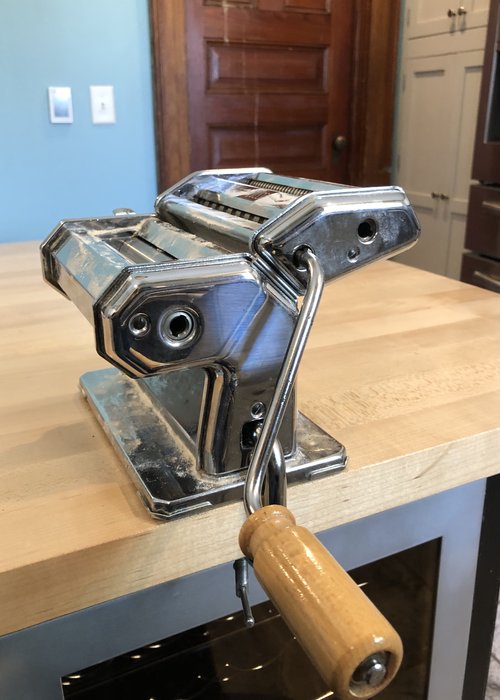 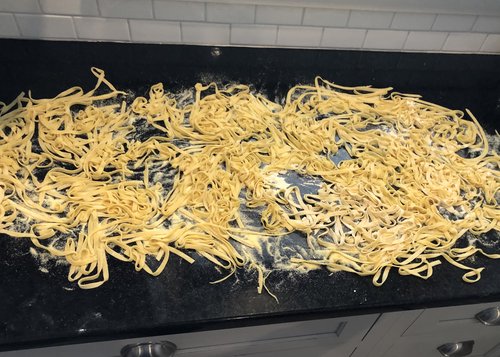 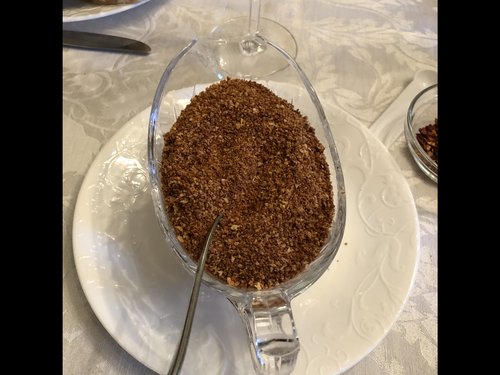 On  St. Joseph’s Day which falls in the season of Lent, the feast includes meals without meat. Pasta is topped with "Mudica", a mixture of Italian seasonings, sugars and bread crumbs which represents the sawdust of St. Joseph. We serve this often and Julie has mastered the art of making it perfectly each time. The key is to crystallize the sugar and toast the breadcrumbs and get the entire procedure finished before it burns. 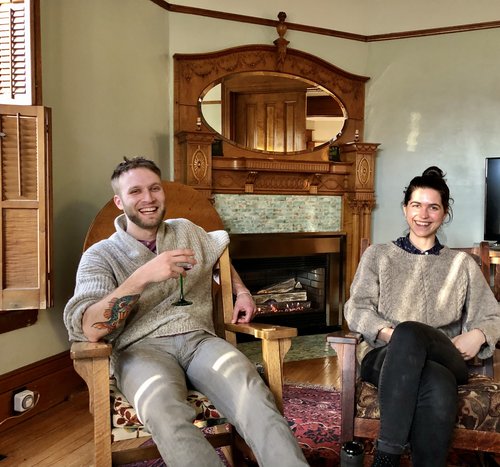 As March draws to a close we anticipate less cold days and more warm days and more time together (however, experience tells us that April can play many tricks!). This week Julie and I will receive our second vaccinations and we will be raring to go. We had a traditional Sunday a dinner with Ryan and his friend Roxy. I thought I’d share some of the recipes and some pictures from that dinner in this week’s “John’s Corner".

Since Julie was at the store this weekend I started off making homemade pasta. I’ve been making homemade pasta since I was a teenager. In fact the machine that I use is my mother’s. She gave it to me quite a few years ago. Now my mother and my grandmother always argued about the recipe for making pasta. But my grandmother’s recipe was always the one that stuck in my head. Here it is in all of it’s simplicity:  "Put your flour on the table and add as much eggs as it will take". But grandma, "how much flour?" Well it depends on how many people are coming over. So, the argument was about whether you put olive oil in with the dough or not. My grandmother said yes, my mother said no. I use olive oil. I also use a combination of semolina flour and double 0 white flour from Italy. I knead the dough by hand and let it sit for at least three or four hours wrapped up in the fridge. Then I cut it in pieces  roll it with a rolling pin, then pass it through the press and in this case we are having linguine.

The sauce, the sauce, the sauce. Making Italian Sunday sauce is like a painting. There is no formula, there is no recipe, there is what you have in the house and that is a framework from which you build. The most important part is finding the freshest and best ingredients that you can. I start out sautéing whatever vegetables I have in the house. Lots of onions, some peppers,  some carrots,  a piece of celery, garlic and a lot of olive oil. This sautéing is the basis for the sauce. After it is cooked almost to a soft consistency, I begin adding tomatoes. For this sauce I used Julie’s tomatoes that she froze from her garden as well as a couple of cans of San Marzano plum tomatoes crushed up and as always, a can of tomato paste. Fresh herbs of choice can be added such as parsley, basil but I never put oregano in sauce. It’s for pizza and Greek dishes not for pasta sauce. Then I get a little unconventional. I add a small spoon of dark chocolate powder and a large spoon of sugar and a dash of cinnamon. I think it gives it a Sicilian flavor but it’s nothing like the sauce my mother made. It’s my own painting.

Now for the Braciola. Now I have to admit I never saw Braciola served in Sicily or Italy and I’m sure it’s more than likely an Italian-American style but I’m not positive. Any rate, I follow a mostly vegetarian diet however when I do consume meat I make sure that it comes from a local, organically fed, and humanely housed source. For this meal I went to the Big Mamou and bought flank stanks and pounded them with a mallet until they were tenderized. When they were thin enough for my liking I brushed each piece with a mixture of ground garlic, black pepper and olive oil. I dressed them with a mixture of breadcrumbs and pecorino cheese, capers, pinenuts, sliced hard boiled egg and parsley. Then I rolled them up tied them with string and browned them in the pan. I put the sauce over the top of them and let them cook for several hours and add red wine to the sauce during the last half hour or cooking. That way the flavor doesn’t just cook away.

Julie started the whole meal off with one of her famous salads and she finished the dinner off with some fine, Sicilian pastries from a shop that just opened up on East Ave. aptly named, Dolce, Italy. She also did most of the clean up. All in all, a fine Sunday at the Bernunzio house.

PS. I will be in the store on Friday and Saturday should anyone want to stop. We are open on Saturday and by appointment on Friday. 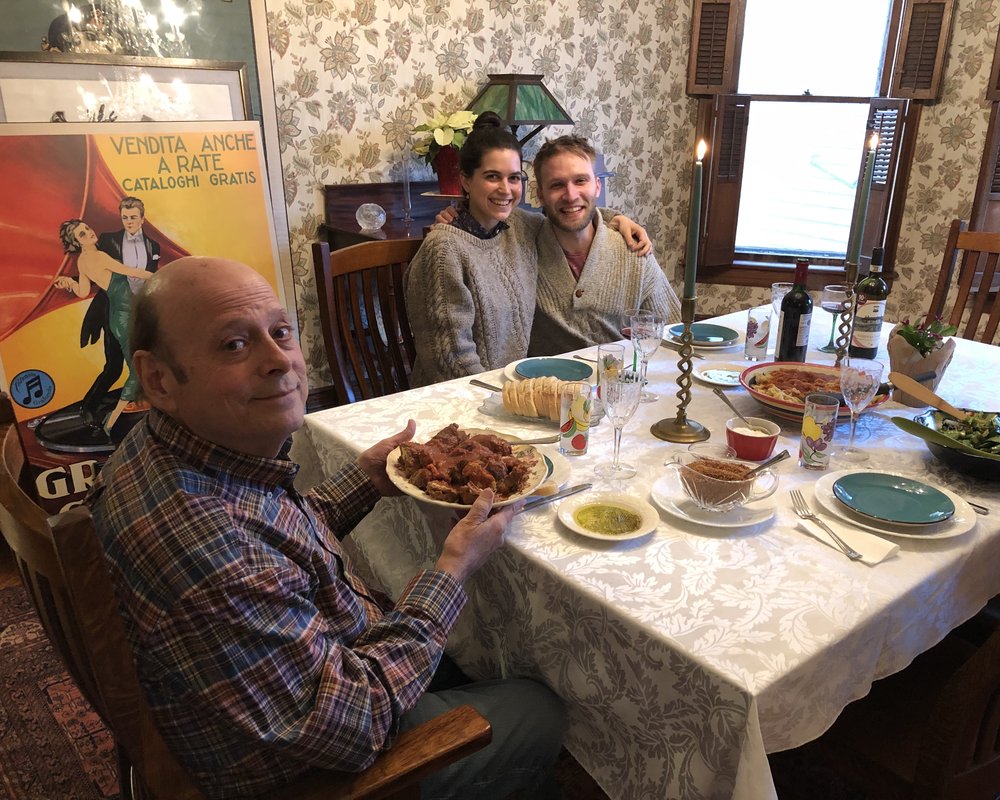 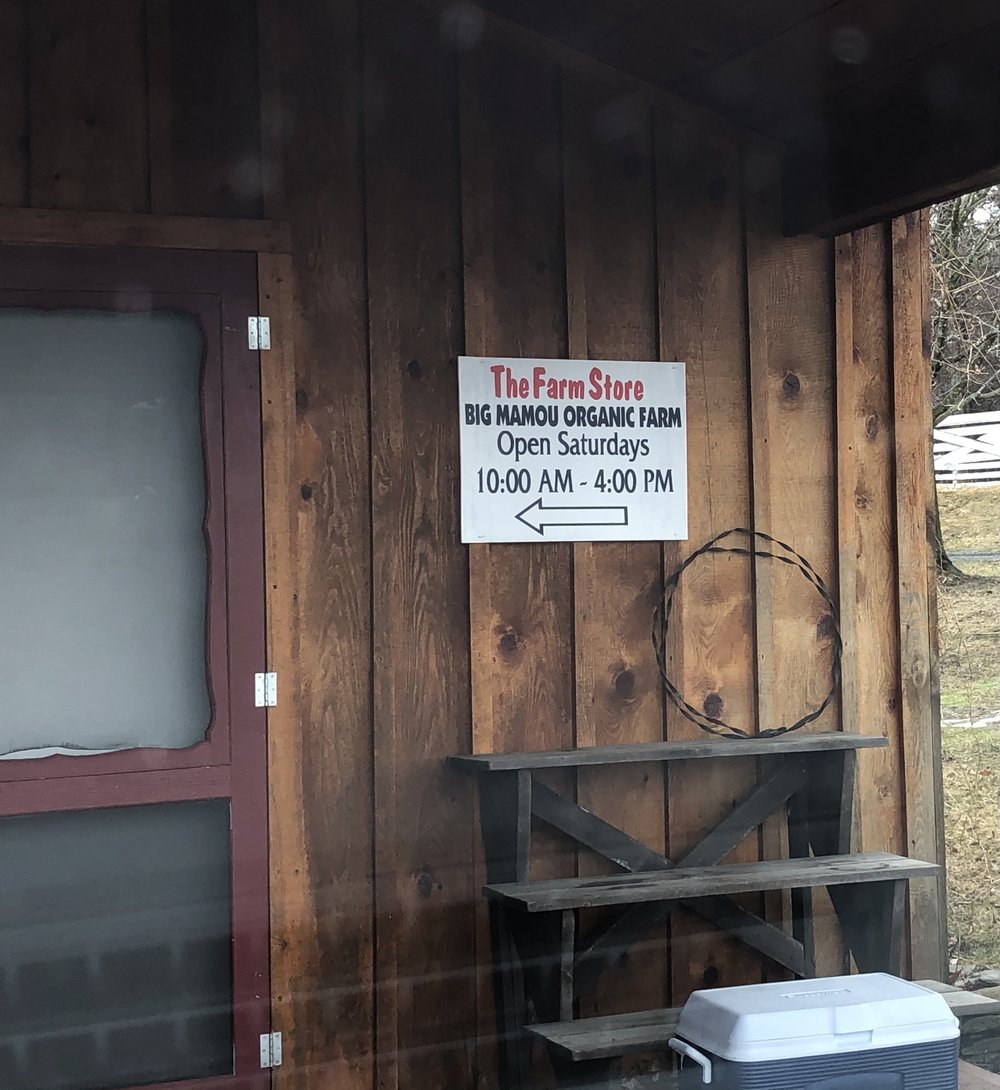 In anticipation of our Sunday dinner, I stopped at the familiar local source for organically grown braciole!

On the dinner trail I found the source for maple syrup. Over a bridge through the mud covered road and up a hill....there I found it. Syrup. By the gallon