This  Saturday in the feast of St. Joseph…it is observed in Sicily as a day of hope and giving. We had many St. Joseph tables at our house on East Avenue and my mother is pictured in this photo. She was our inspiration for having a St. Joseph table. Food was prepared for a week and presented in a beautiful table and then give it away to everyone who attended. 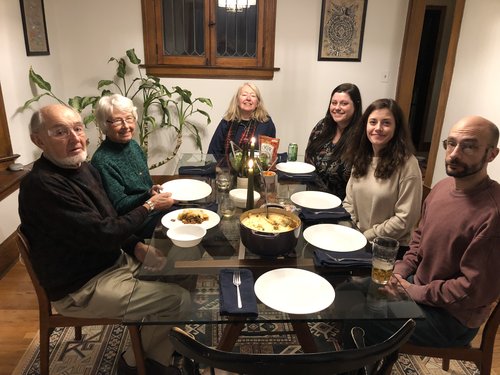 Thursday night my daughter Rose and her husband Jose hosted a nice dinner for my in-laws Henry and Barbara, Julie and I and our daughter Grace. Shepherd’s pie for St. Patrick’s Day was on the menu. 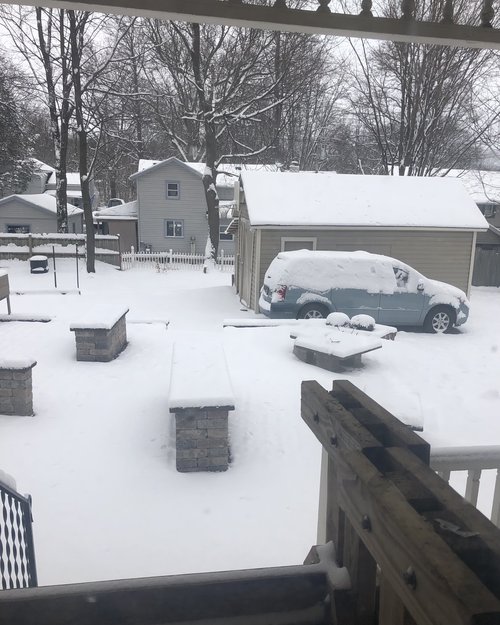 Even though spring is on the horizon we have are still in the grips of a cold, snowy winter.

Sadly the people of the world are once again glued to their television sets watching another war in living color. It is brought to you by all major networks, complete with commercial interruptions. I was never a big fan of war, I did my best to avoid it. In fact I participated in a few events that I’m sure identified me as an ‘undesirable". But I have some observations that I’m going to try to communicate about the current situation in the Ukraine and I write these words with a flood of tears in my eyes. It is truly tragic…any bit of this…to see it happen. The outrage and the generosity that the world is extending towards the people in Ukraine is commendable but it makes me wonder. Where was the outrage and generosity in Africa? In Rwanda, in Sudan, in the Congo? What about Lebanon, Yemen and Syria? What about all of the innocent bystanders who were displaced in our war against Iraq, the Assyrians who were driven from their land….and then 20 years in Afghanistan. I am supposedly a "post-war" baby, but war has been going on my entire life. Additionally, where was the outrage and concern for the people who are being driven from their land by drug cartels, corruption, violence and poverty who appear at our Southern border only to be herded like cattle by men on horses. Why is  there no empathy and compassion when tragedy involves people of color? It is a dark time and very tenuous. My only response has been to listen to the words of Bob Dylan written 60 years ago in response to the Nuclear Arms race of the 60s. Take the time to read every word and weep.

Let me ask you one question
Is your money that good?
Will it buy you forgiveness
Do you think that it could?
I think you will find
When your death takes its toll
All the money you made
Will never buy back your soul