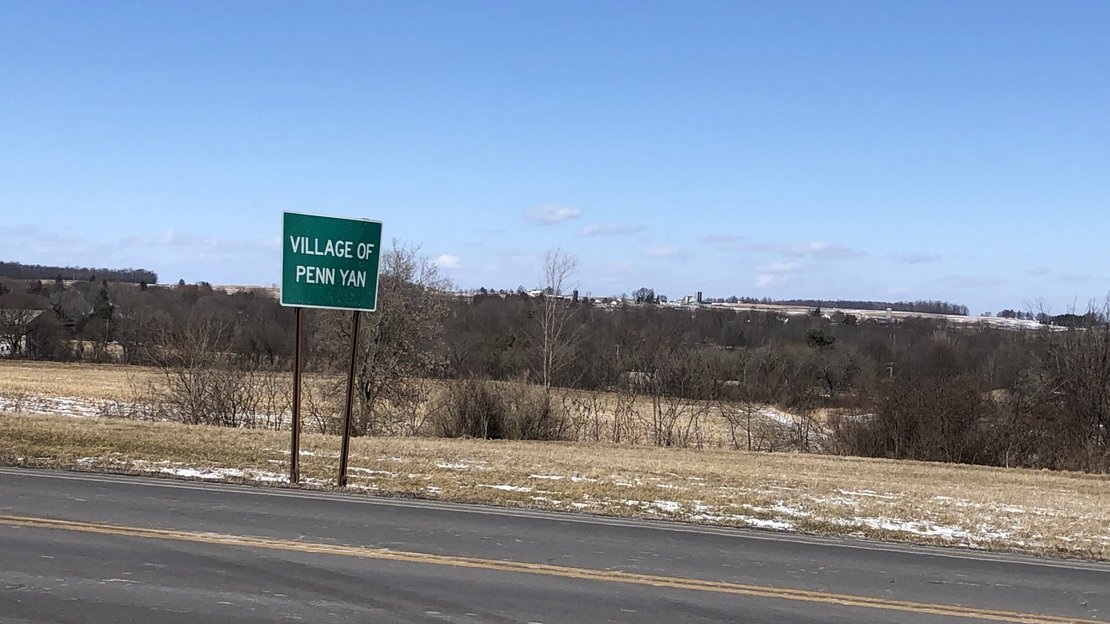 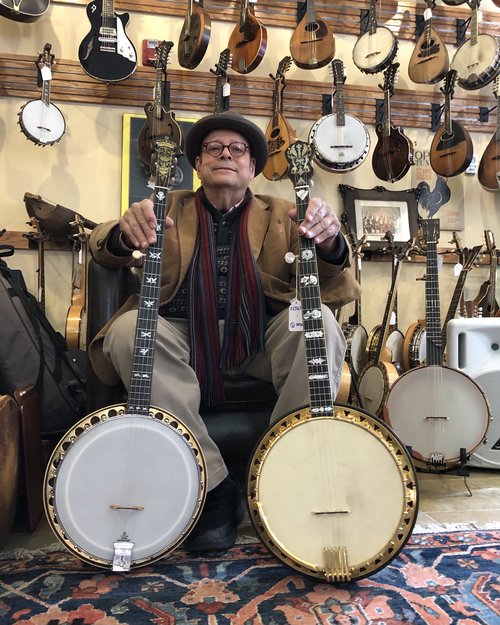 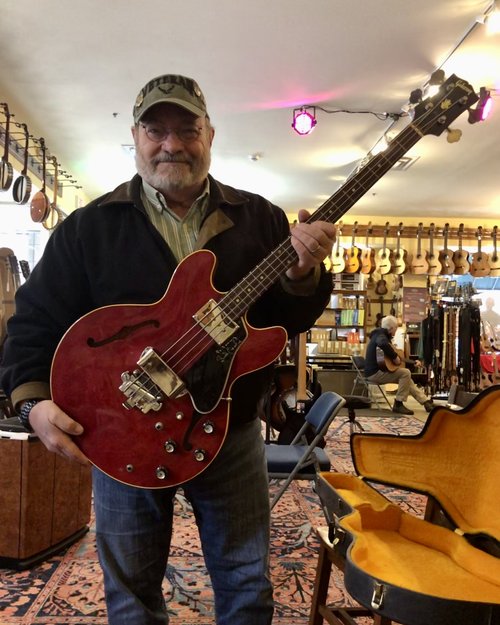 Sometimes the most difficult part of selling a guitar is the emotional factor. When you bought something in 1966 and you don’t play it anymore, it’s still a hard decision to sell it because it was your high school sweetheart. 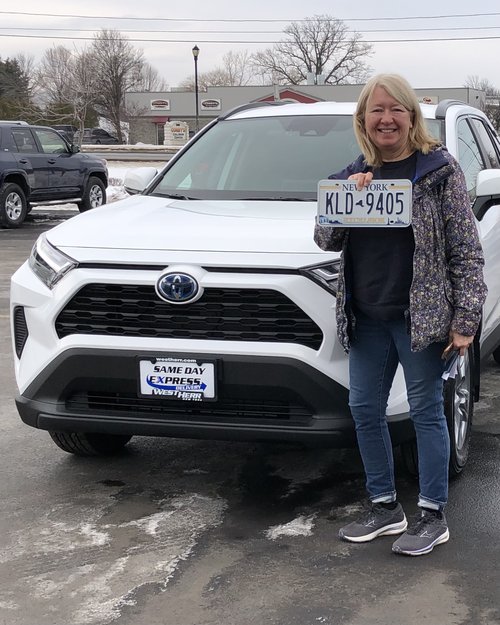 Well Julie’s mini Cooper finally bit the dust and she was able to score a brand new car for the first time in 20 years. She is a happy gal. Personally it has too many new gadgets for me to get involved in it. The manual is as thick as a Bible. 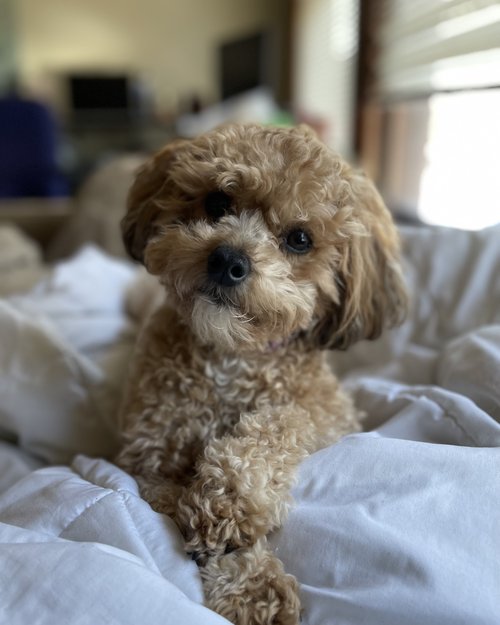 Penny, the wonder dog, and constant companion of my daughter Grace… she makes me wanna get another dog but I’m resisting until I turn 75….that was it will most likely outlive me. 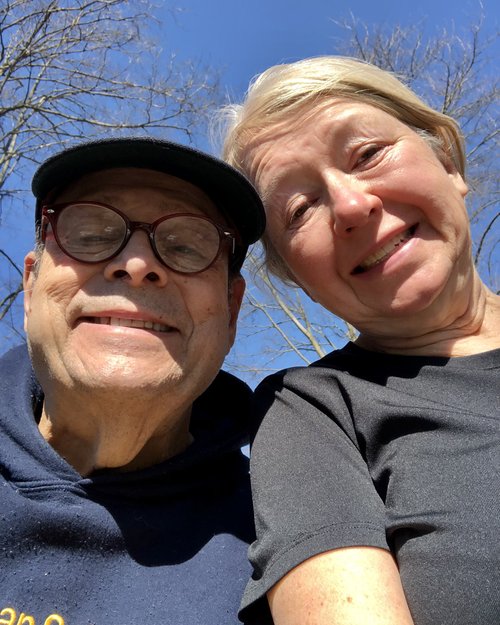 A 72 degree day on Sunday gave us a chance to stroll around the village and get some sunshine!

LANGUAGE AS A WORLD VIEW

I’ve said it before, I was never very good at foreign languages. Even though as a young child I was exposed to Italian which was my father’s first language. My grandmother and her friends would speak Italian when I was around if they didn’t want me to understand what they were talking about. It didn’t help…I didn’t learn anything. I was only I was fluent in "broken English". I never mastered speaking or understanding another language. In high school I studied four years of Latin. I read Caesar’s Gallic Wars, Cicero’s Oration Against Catiline and Virgil’s Aeneid with keen interest. It was great stuff, but it did not get me to speak or understand another language. I also studied two years of German in high school. In my junior year at McQuaid Jesuit the school’s first female instructor was hired to teach foreign language. Her name was Helena Swadinska and she had a doctoral degree from the University of Warsaw. She was an instructor in French and German. An all boy’s highschool in the 1960s was absolutely the wrong place for her. We learned nothing and sadly treated her abusively, made fun of her and she was gone by year’s end. The next year our instructor was Colonel Kelly. He was a dandy old man and was a real colonel…in World War I! We learned nothing. In college I started German all over again. I didn’t really learn much then either. When I actually visited Germany and sat down at a restaurant and ordered what I thought was roast beef and potato and instead got a plate of raw herring and slice tomato. Julie said the look on my face was worth the price of dinner.

When I was a junior in college, at the age of 20, I was accepted into a Peace Corps training program which took place in Fresno, California. Ahhh! Summer in Fresno!  Now, I wasn’t a seasoned traveler back then but this was my opportunity to see a bit of the world. So I left college to learn to be a chicken farmer in Iran. We began with an intensive language program for eight hours a day and within a short time I was actually able to speak the language. What really helped, in addition to the instruction, was hanging out with the instructors in the evening and having a couple of drinks. When the tongue loosened up, the language flowed. Even though I never completed the program and came back to school to finish my senior year, I felt that summer was one of the most enlightening experiences of my life. I made dear friends with Iranian ex-pats who were teaching and living in Southern California. It was a magical time. It changed my world view.

When I went back to college for my senior year I studied language once again, but from an academic point of view. I became highly interested in linguistics under the tutelage of the great Dr. Julian Granberry, who, at least according to the Internet, is still alive at the age of 97 and has published a plethora of books on the subject. His main thesis was that language reflected a culture’s worldview. You cannot understand other people unless you analyze their language and see what is important in it. I did my senior thesis on the kinship system (like the terms in a family tree) for Iranian language which is Farsi. From what I researched the language had specific terms for relatives that go farther back in time than grandfather or great grandfather. There are very specific terms for ancient relatives. I assumed from this that history and reverence for the family and the past was much more important than anything else in their culture. My expat friends had always told me there were going to be "big problems" eventually with the "westernization" of Iran. This was 1969 and discotheques and Coca-Cola signs were being put up next to mosques. Even though the dictator, Shah Reza Pahlavi, kept "order" in the diverse country, it was at a boiling point and just a matter of time before everything would collapse…which of course happened 10 years later.

The United States has been a very successful country for 250 years and one of the contributing factors has been a universal language from coast to coast. Europe is home to 24 official languages, while as many as 200 languages are spoken across the continent. There are approximately 20 languages spoken in Ukraine. According to the 2001 census, 67% of the population speak Ukrainian and 30% speak Russian as their first language. That is a lot of "world views". Just some food for thought.

PS THE STORE WILL BE CLOSED THIS SATURDAY FOR THE ST PATRICK’S DAY PARADE. 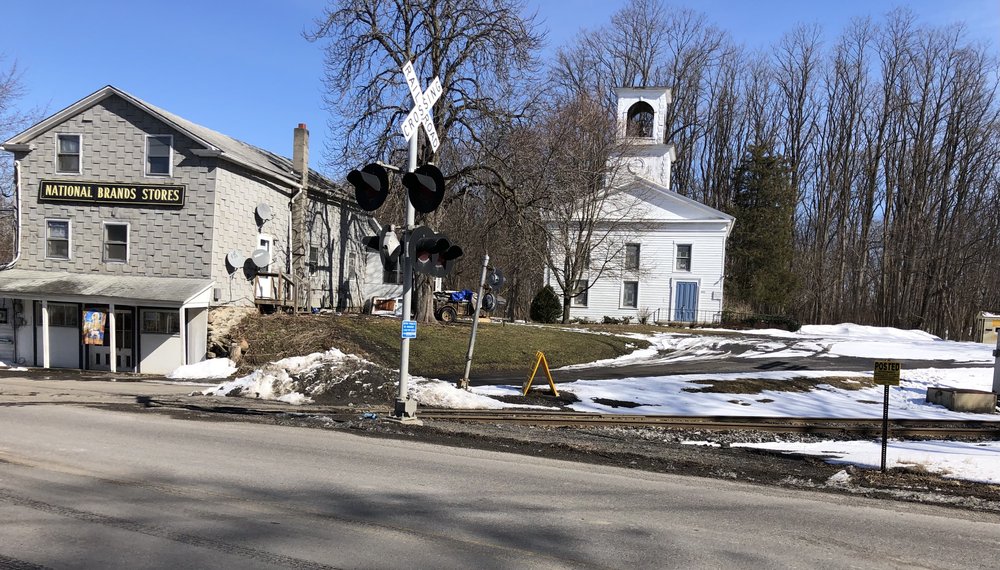 I took a ride through the countryside on Friday. It was a beautiful sunshiny day and I ended up in downtown Himrod. Not much going out there.

On the same ride I came across these monolithic structures high above Seneca Lake…. not exactly sure what they are. 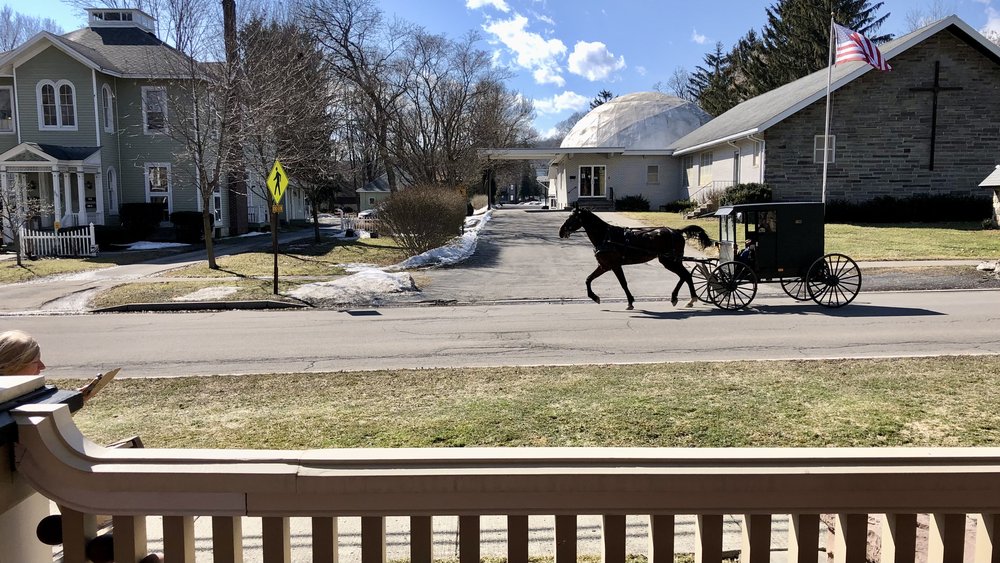