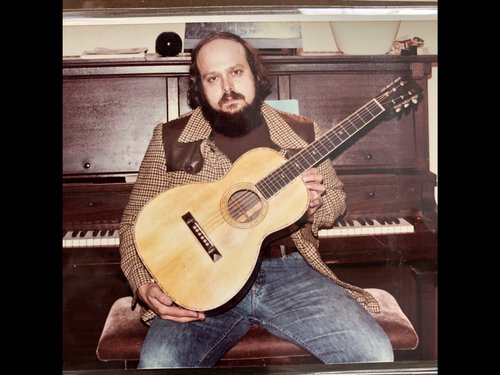 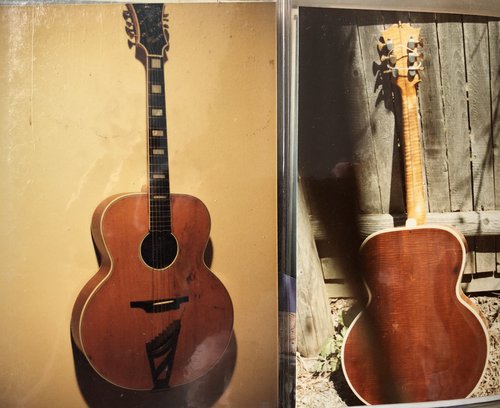 One of the best guitars I ever owned. This was a 1940 D’Angelico Style B with curly mahogany back and side and round sound hole. It was made in 1940 for a player by the name of Orlando and marked "Special" in the ledger. I got it from David Bromberg in a trade. 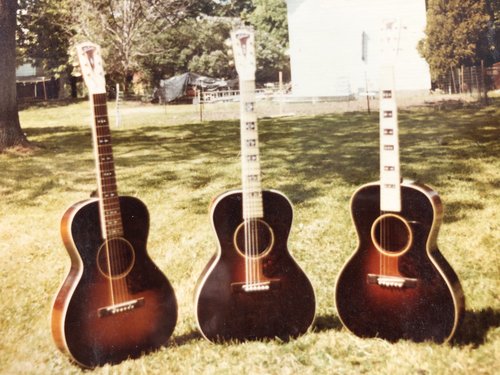 And then there was the day that Jay Scott, Dave Stutzman and I compared our Gibson Century of Progress guitars from the 1930s 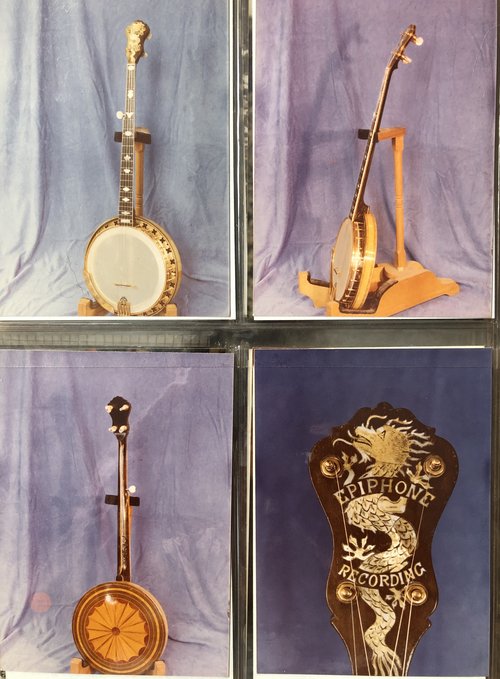 And here was a banjo that I owned twice. It’s an original five string Epiphone Deluxe Recording Banjo with solid Ebony neck and dragon peghead and heel carving. The original owner was Ernie Forest and I believe at one time I had the bill of sale. I think a guy named Noam owns it now. 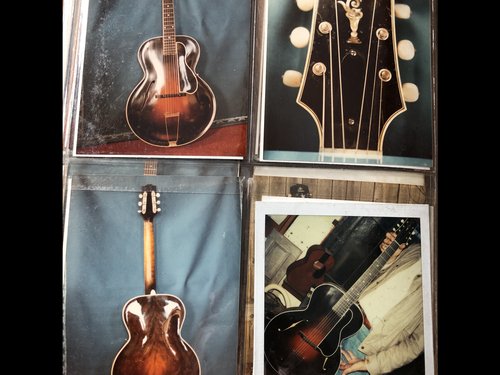 And then there was the 1924 Gibson L-5 signed by Lloyd Loar. I bought it at the Cornhill Arts Festival of all places, circa 1979 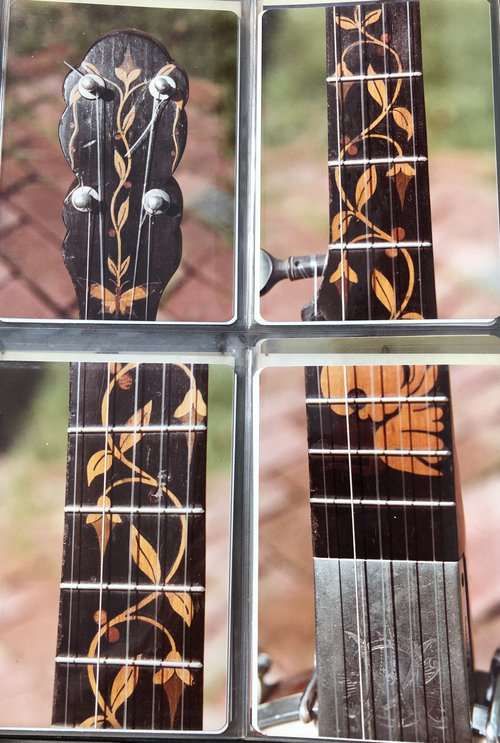 A fine old Dobson banjo with a marquetry vine fingerboard. It now resides in a museum in Japan.

My recuperation from surgery has given me some time to do things like look through old photo albums. I can’t begin to thank all those who have reached out but mostly Julie for taking such good care of me. I’m still not up to writing very much but I did spend a day going through photos of amazing vintage instruments from my past. I thought I would share these with some comments for your entertainment. Till next week.

Julie and I continue to put things on eBay from our massive collection of banjo and guitar parts. They can all be viewed here.