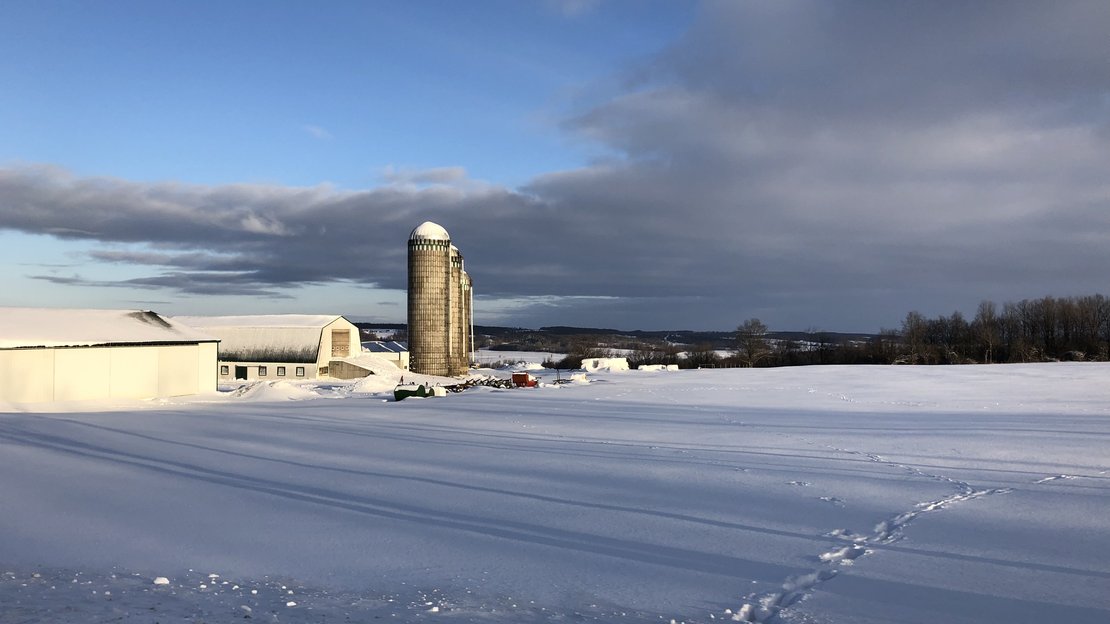 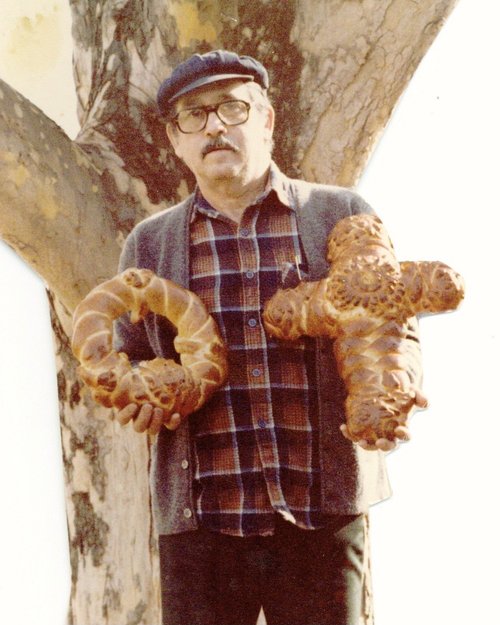 My dad in retirement continued to bake and here he is with some beautiful breads for St. Joseph’s day. 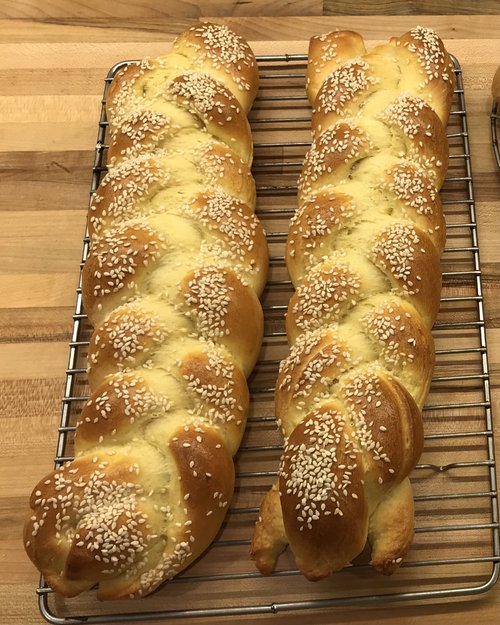 Although an amateur I try my hand at making bread every St. Joseph’s day 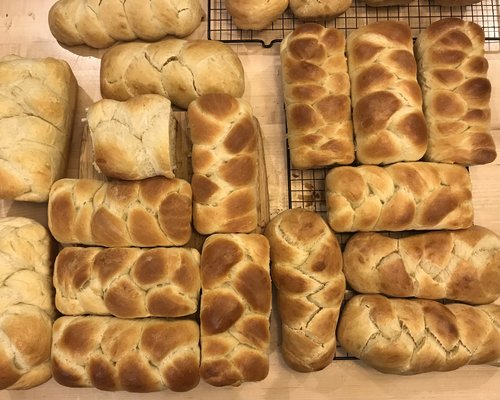 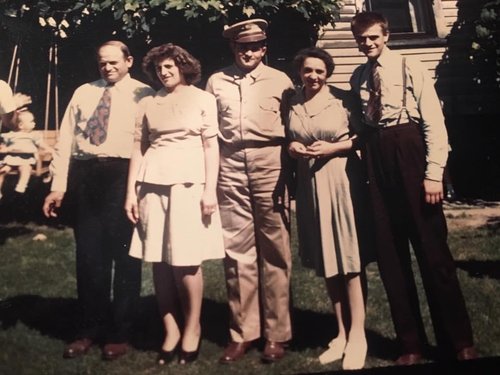 Rose and Patsy Randisi with children Clara, Charlie and Vinny circa 1940s. 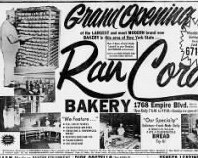 In the 70s Ran-Cora moved to the suburbs, tried to automate and went belly up…it was the end of an era.

On bread, the old bakery and a vendetta

My family have been bakers for a century. My mother’s father, Patsy Randisi, immigrated to America and worked in a macaroni factory. By the 1920s, as a married guy with three children he started his own bakery. Randisi Bakery was located at 447 Scio Street in the city of Rochester near the Market View Heights area. The family lived in the large house next-door to the bakery making it very convenient for everyone to help out. After WWII, as the business grew, his sons Charles and Vincent joined him in the profession. By the mid-1950s my father also become a partner in the business. As the business expanded they bought out another family bakery nearby. That was Cordaro bakery and the new merger formed the modern, “Ran-Cora Bakery". Throughout the 1950s and 60s they supplied Italian bread to many of the restaurants and larger grocery stores including Wegmans. So as a young boy, I grew up in the baking industry. My father would drive me to work and I would perform tasks like dusting boards and greasing pans and sweeping floors. Often I would work on Saturday when the storefront was quite busy. A family friend, Albert Broccolo was working one Saturday and I was helping him out. I was about 11 years old at the time and my father and uncles had gone out to look at some equipment. It was just Al and I left to tend the store and my job was to bag the bread that the customers would buy. At some point in the day, Mr. Russo from the fish market next-door, came running through the front door. He was shouting that the lady next-door had burned up. Albert looked at me and said, "Stay here Johnny, I’ll go out and see what’s going on". He came back in five minutes his face was as white as a bag of flour. He said, "there’s no helping that woman, we need to call the police". Needless to say I was quite frightened and with police and firemen surrounding the building I retreated to the safety of the bathroom. I remember there was a small window that you could look out over the lot next door if you stood on the toilet. I peered through it and witnessed something that was forever embedded in my memory. It was poor, old Mrs. Mini burned to a crisp. Her face and hands were pointed to the sky and were charred beyond recognition. It was an image that needless to say "burned’ into my consciousness.

Later that evening, I was lying in bed and my mother came in to talk to me in. I told her I was having a hard time falling asleep. As she went back into their bedroom and I could hear her talking to my father. "Hon (she always called him Hon) "You need to go talk to John". Now my father never had a great bedside manner and he came into my room sat down next to me. It was totally out of character. He blurted out "what seems to be the problem, John?". I looked up at him and I said, "That lady, I can’t get her out of my mind. I keep seeing her when I close my eyes, I keep thinking about her." He looked at me very directly and said, "Well, just think about something else!" That was it, no grief therapy, no counseling, no appointments, just…think about something else. I think it was that night that I began to think about girls.

Many years later I was relating this event to one of my grandchildren who been seeing a therapist. He looked at me and said well grandpa that’s modern psychology…it’s called replacement therapy! I should’ve known all along…my father could have been a psychologist!

PS Although I don’t have any substantial proof, many years later I heard from friends and her family members that Mrs. Mini‘s death was a mob hit because of her husband’s involvement. Hence, a vendetta. 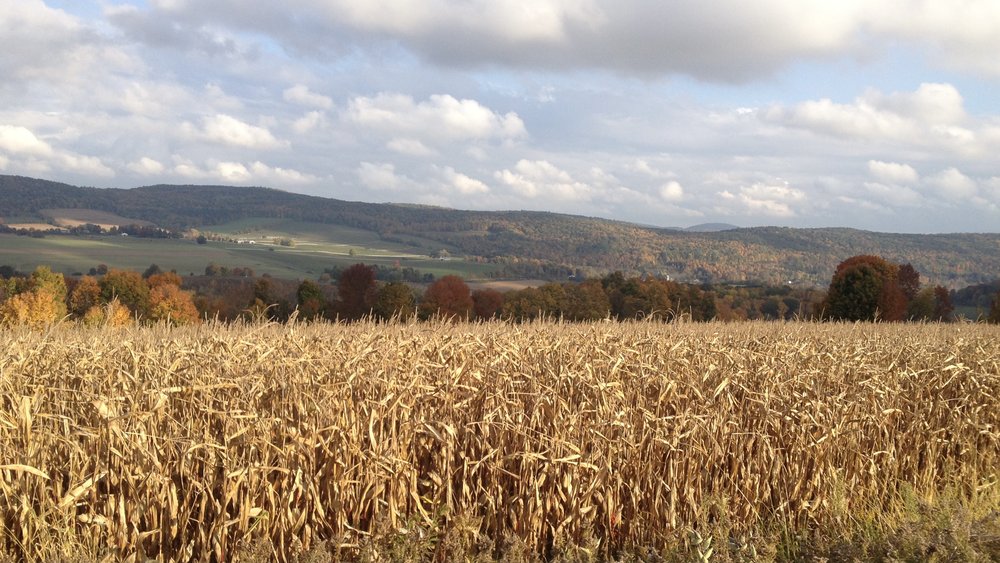 Wheat! Not for the gluten abstainers! 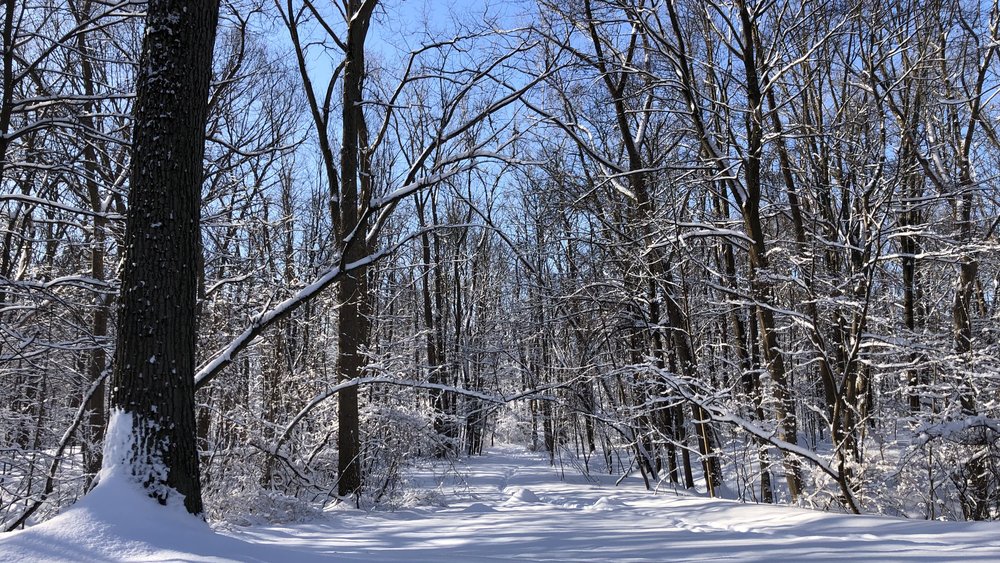 Who’s the woods these are I think I know… 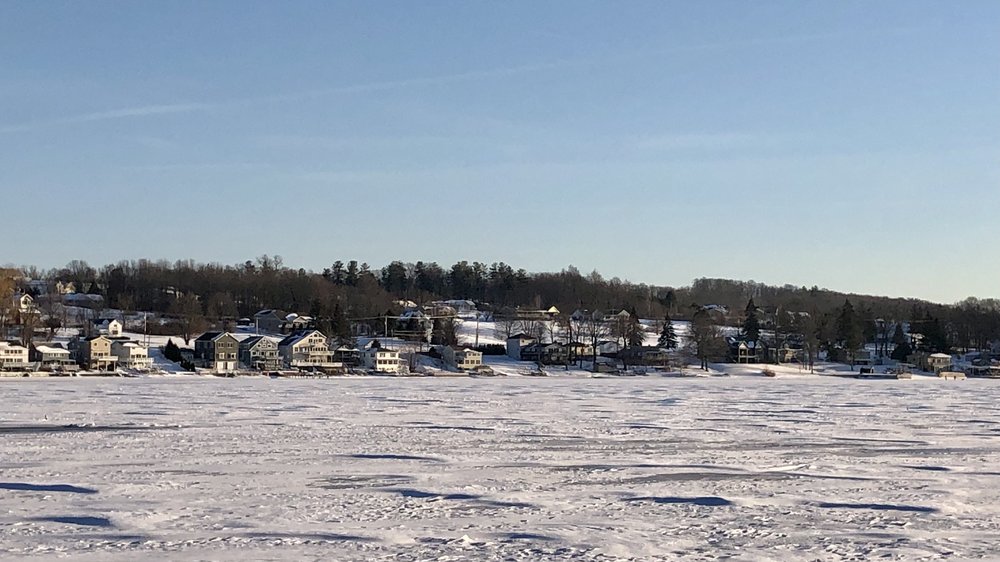 Between the woods and frozen lake
View all posts