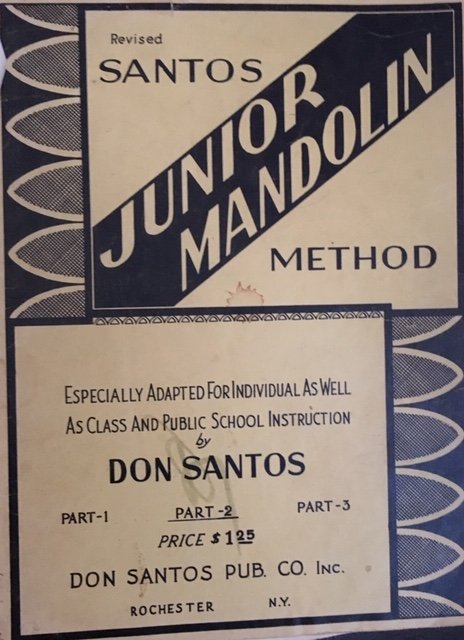 Dr. Ken Luk, a graduate of The Eastman School is interested in starting a mandolin orchestra here in town. If you’re interested send an email to john@bernunzio.com or call the store and we will put you on the list if we get this off the ground. 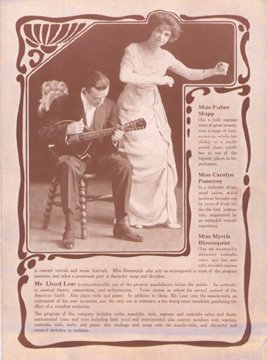 The master with his one of a kind 10 stringed mandola.

On the back of this poster was scawled "show to Lloyd"! 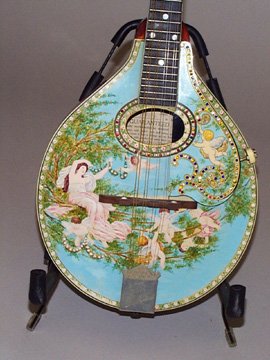 A highly embellished Gibson A-3 that we sold many years ago.

January is a great time for reminiscing. I spent a lazy Sunday looking fondly at pictures of mandolins we have owned over the years and thought it would be a good time to share. Sometime in 1974, while I was an elementary Special Education teacher here in Rochester, NY a fellow teacher brought in an old, 1917 Gibson A-4 mandolin that he had recently inherited from his grandfather. He let me take it home for an evening and that was a life altering experience.  I had never heard anything as beautiful sounding and with such resonance and sustain. I simply had to have one and it had to be a Gibson. However, after a bit of investigating I found them to be far beyond my financial means...with two babies in the household and a $200 mortgage payment I would have to settle for a $50 Harmony to begin my mandolin adventure. I signed on with Mrs. Veda Santos for $3 lessons. When I entered her teaching studio an entire new world opened up to me. There, not only was  her old Gibson Artist model F-2 which she was pictured in Gibson advertisements from the 1930s, but there were Gibson and Bacon and Day gold plated banjos and a lovely black 16" Gibson L-5 guitar, a Concert harp, ukuleles, tiples and of course her amazing fish tank with only one gigantic guppy!

The lessons lasted about a year until we moved the family to the Finger Lakes region and parenthood replaced my mandolin career but not before I could secure a very good sounding Gibson "pumpkin top". It was my constant companion until we needed a new roof so I sold it away for $250. Losing that instrument did set me on the quest for finding old instruments so the rest is history. Gibson mandolins continued to increase in value over the course of the next 25 years. The common “A” models went from under $500 to $2000 for better models. As people’s knowledge of the instruments increased a definitive preference for those mandolins from the mid 1920’s caused those prices to escalate. Today, the “snakehead" models fetch up to $7000.  There are a great many new instruments on the market today that are handmade and of excellent quality....but there is something about that sustain and haunting sound of an old Gibson oval hole mandolin that tugs at the heart of every vintage instrument aficionado. Therein lies the value. 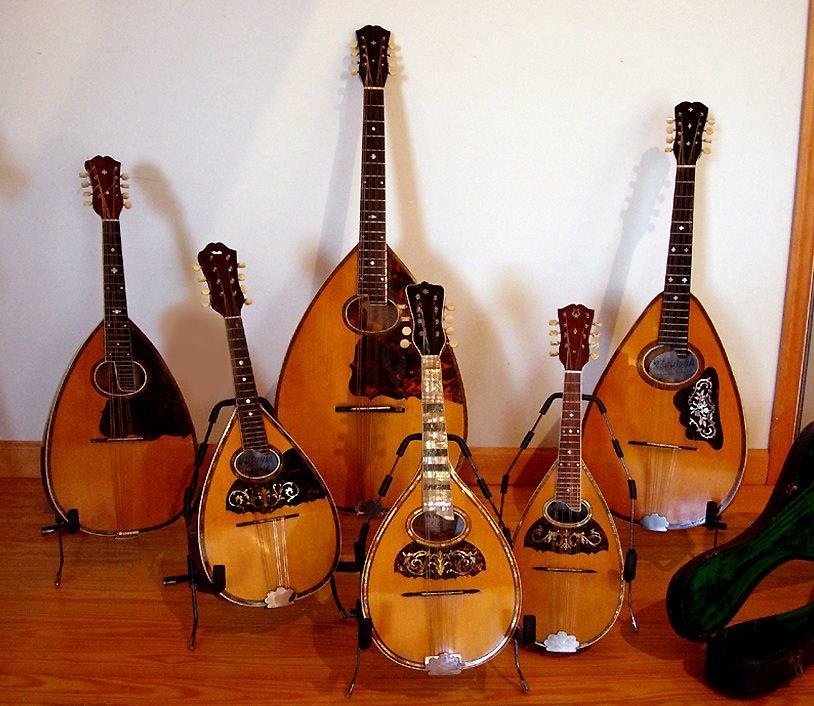 Somewhere in the mid section of America we came across and purchased this lovely collection or Larson built mandolin family instruments.

A set of 1927 Gibson F-5s with consecutive serial numbers! PRICELESS! 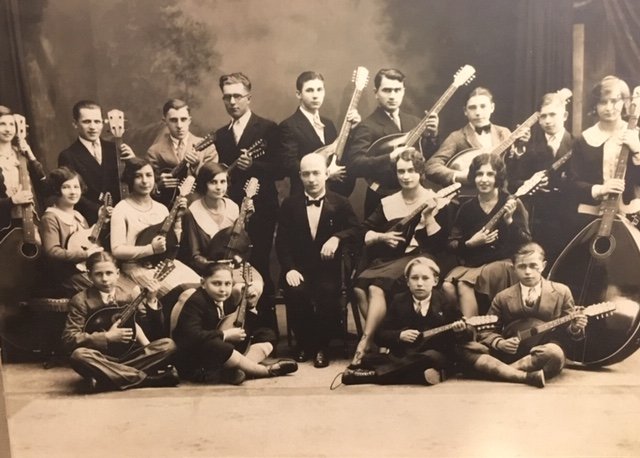 Mandolin orchestra in Rochester New York circa 1920.  Interestingly enough a few years ago we restored a mandolin for a customer. He brought his mother in when the mandolin was ready because he wanted to her to see it. It was her mother’s instrument. She saw how we had lovingly brought it back to life. I gave the two of them a little talk about mandolin orchestras in Rochester and showed him this picture. I turned to the mother and she had tears in her eyes. Sitting in the front row of this photo was her mother with that exact same mandolin that we had just restored.

Purchased nearly 30 years ago at the Dallas Texas guitar show is this extraordinarily rare instrument. This D’Agelico mandolin features off set body points, fancy Excell peghead with finial and stair step tailpiece. This is the same mandolin that was used on the Eric Clapton Unplugged video. When I bought it I thought I would put it away but unfortunately sold it on the way back to the hotel. I was able to purchase it again many years later but for 2 1/2 times the original price!