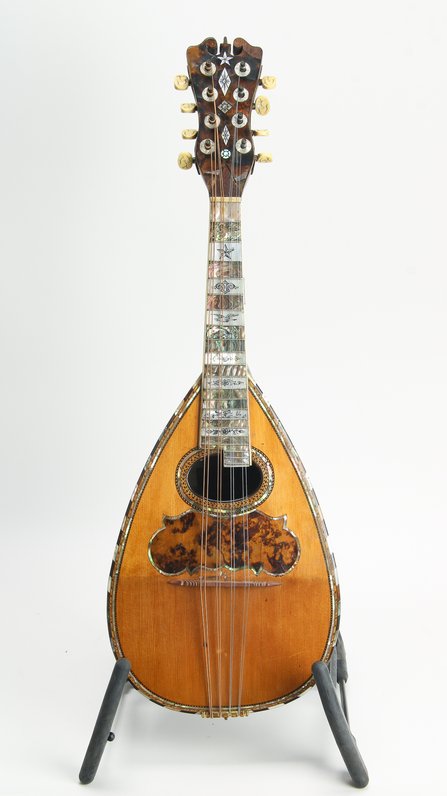 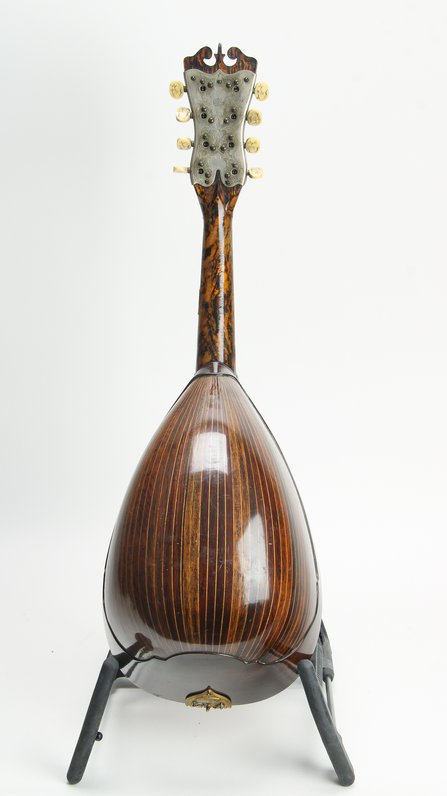 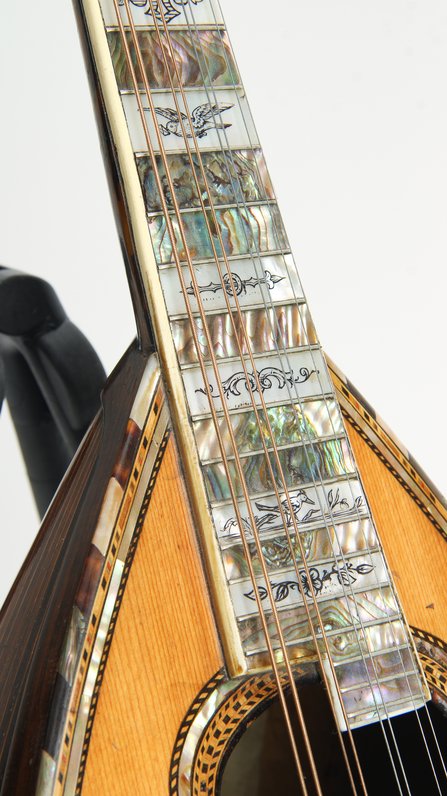 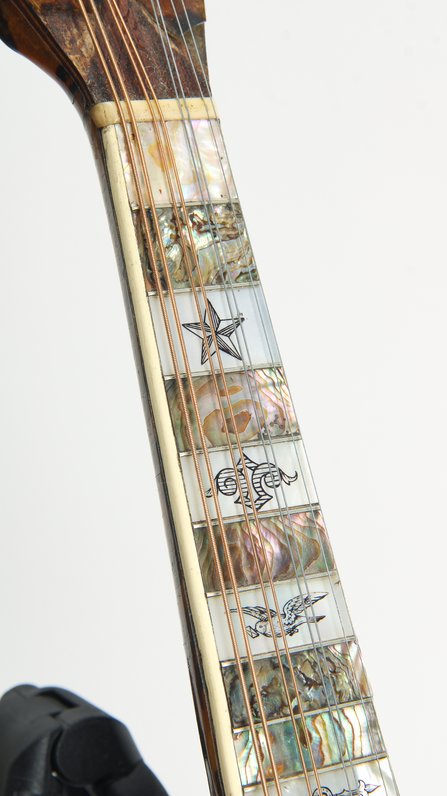 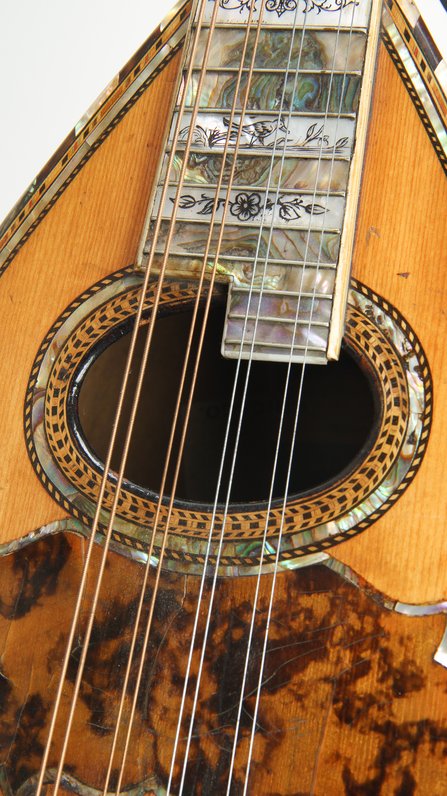 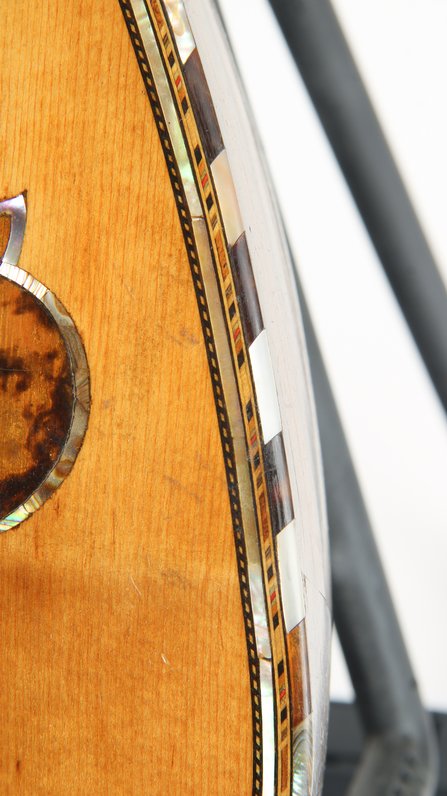 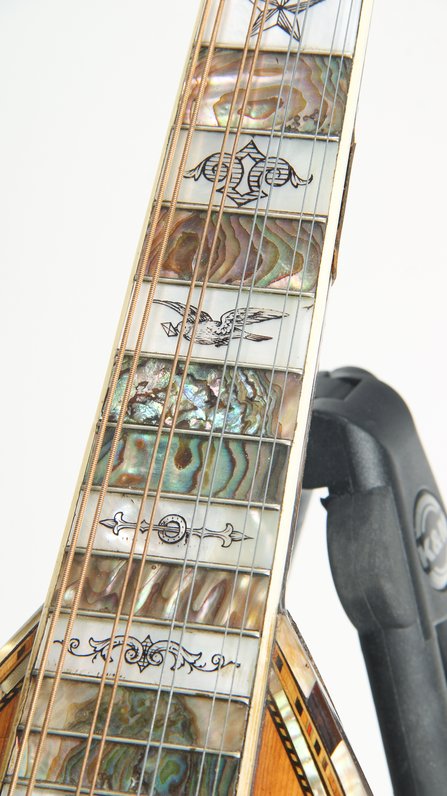 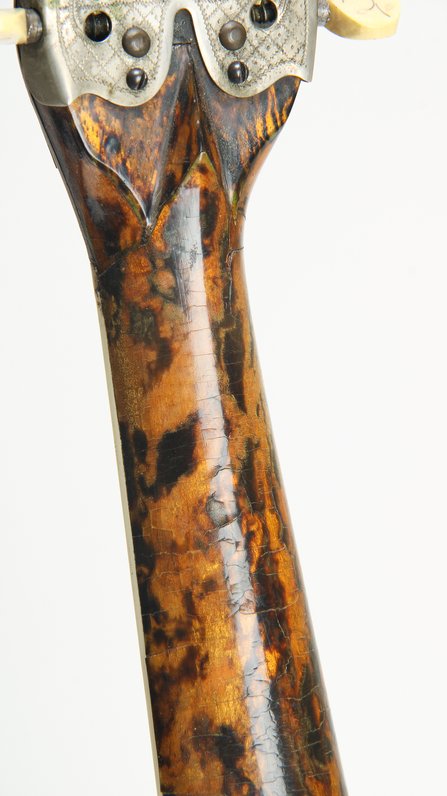 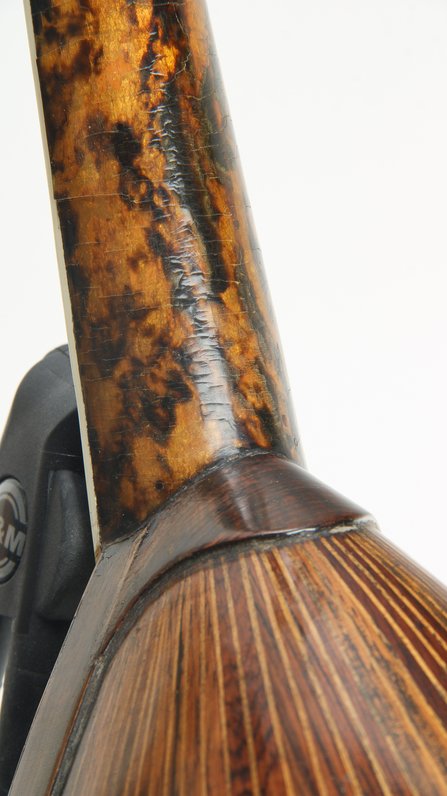 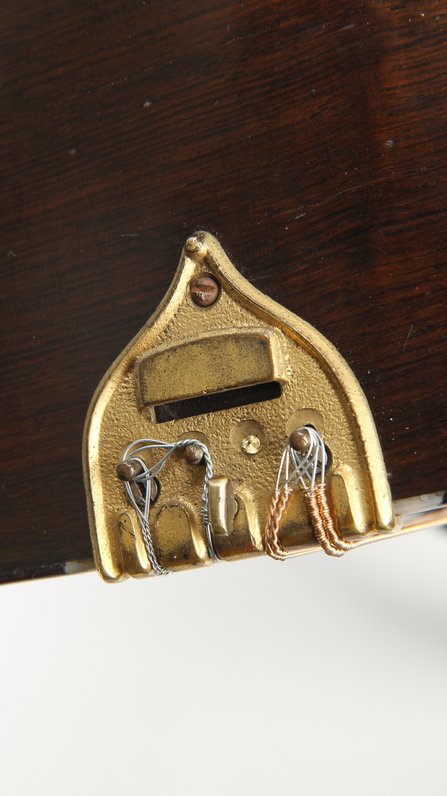 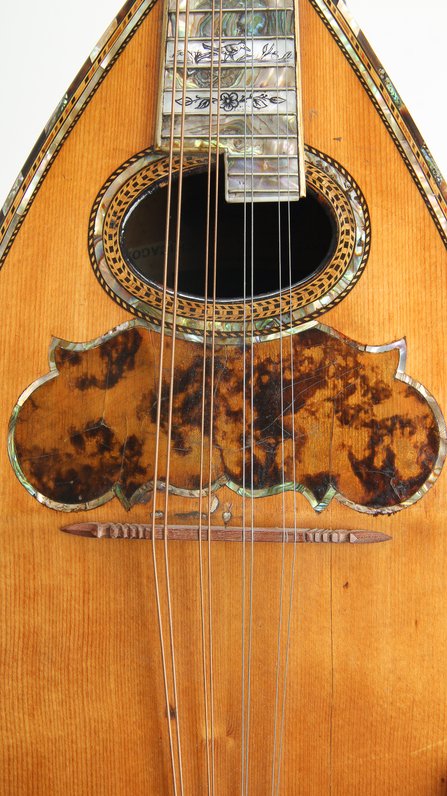 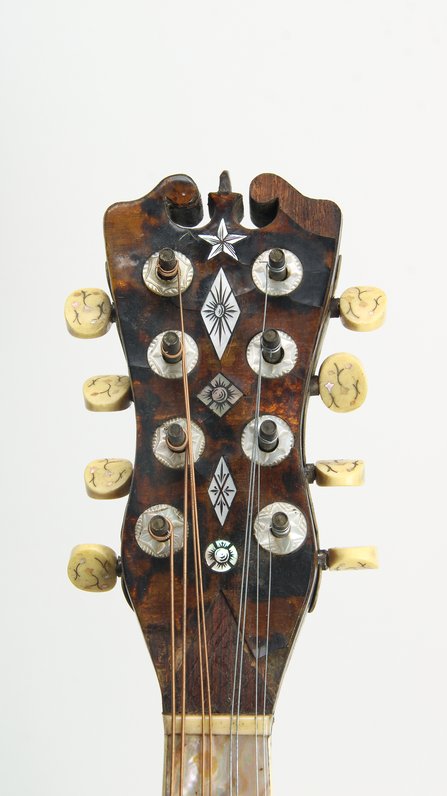 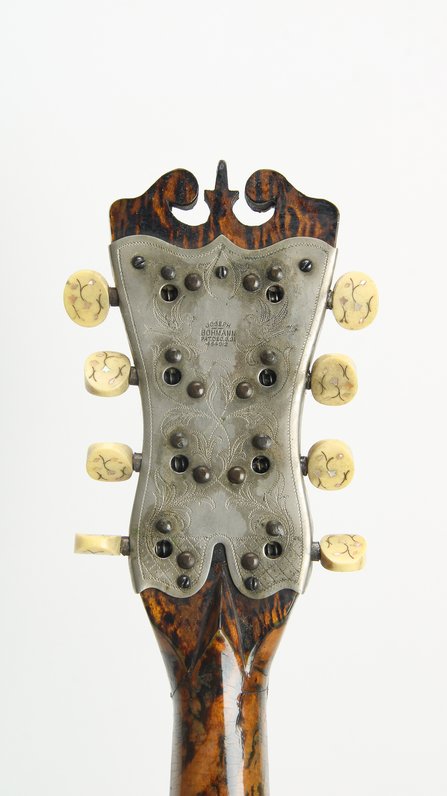 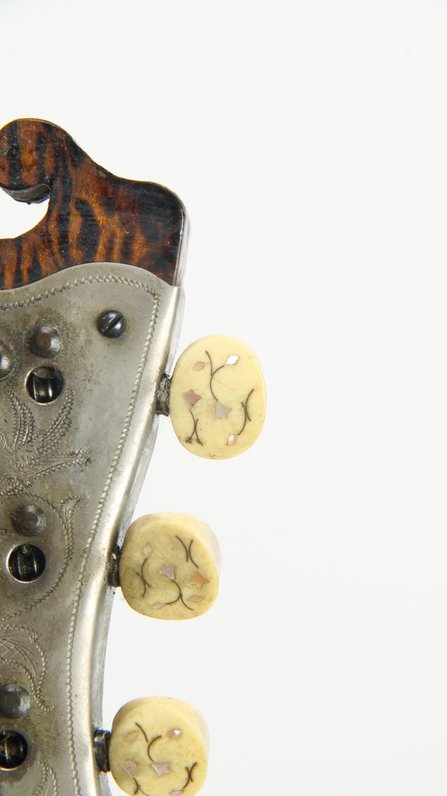 The term "Presentation" might be an understatement for this gorgeously adorned Chicago made Bowlback. From the shop of the esteemed Prussian builder Joseph Bohmann likely in the the turn of the century, we are pleased to feature this stunning instrument circa 1890. Bohmann's mandolin's have been recognized as some of the earliest built in America, with his 1899 catalog self-claiming he had produced the first American made mandolin some time prior.

With 82 staves (ribs) made of both Cedar and Brazilian Rosewood, this Bohmann left no appointment stone unturned. With a spruce top with 4 ply binding (Rope, MOP, Classic Marquetry and Abalone present), stunning rosette, a thin tortoise guard, the body is almost as show-y as the neck. The neck features alternating Abalone inlay at every fret, with special engraved MOP inlay at the 3rd, 5th, 7th, 10th, 12th, 15th & 17th. The back side of the neck is clad overlaid with tortoise shell, which is traced up through its volute into the rear & face of the peg head. Additional inlay is present in the peg head overlay, as well as pearl tuner bushings. A nicely engraved nickel plate covers the gears of the tuners, which features a Patent Dec 9. 91 464912 stamp. The tuners themselves function and are finished with fine engraved original buttons.
Inside the instrument, a lithographic image of Bohmann is featured on the label.

Cosmetically, this is a clean example of a fine rare bowl back. A repaired top crack is present, which enters into the adhered pickguard which is split and lifting in some locations - but all pieces are present. The neck shows typical light forward relief, and no real play wear as these are often times more decorative instruments. Light surface wear is present on its back, but is in great shape otherwise. Checking like splits are present in the tortoise overlay in its neck profile, again, in tact with only some missing pieces present in the peg head - namely near the nut and right at the tip of its treble side scroll. Original binding is well preserved and in tact along the fingerboard. It is missing its tailpiece cover, and its tab for its 5th & 6th strings has broken off in a past life, with its current strings strung to its remaining tabs.

Comes with original case with "M.E.J.Hickey" written on its base.