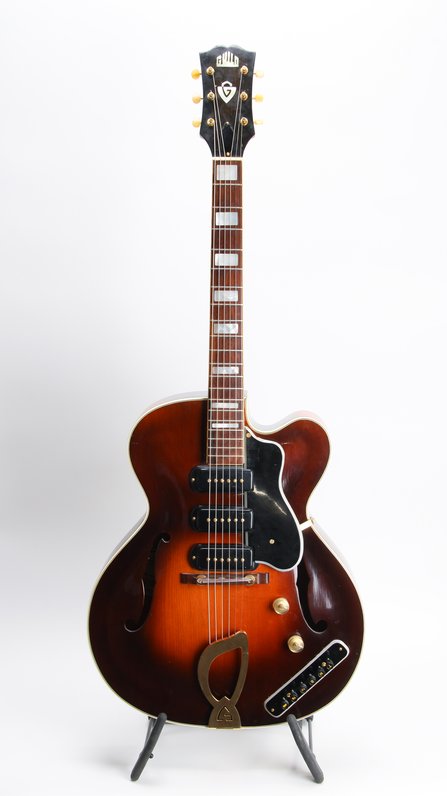 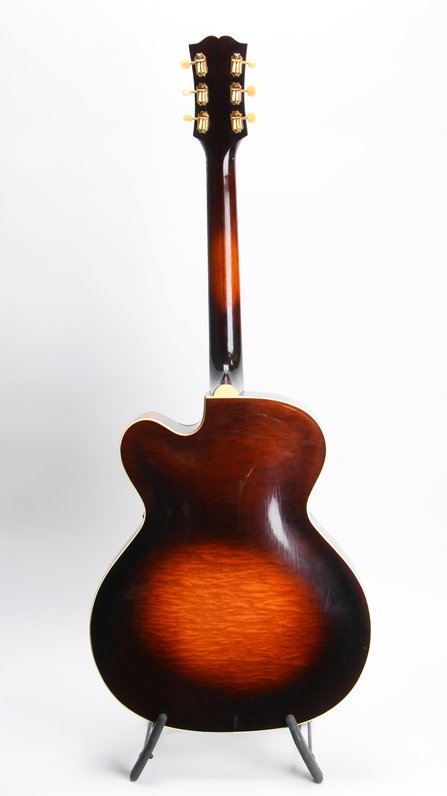 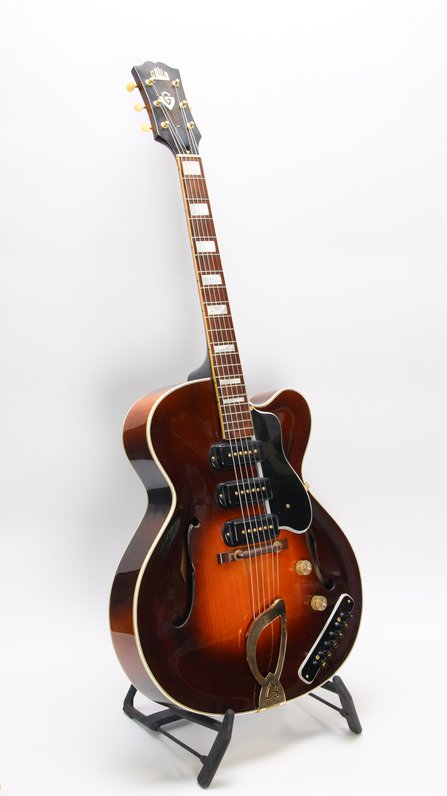 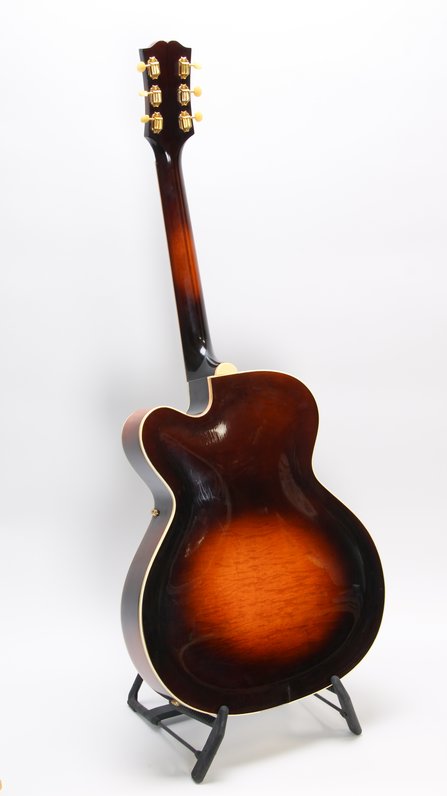 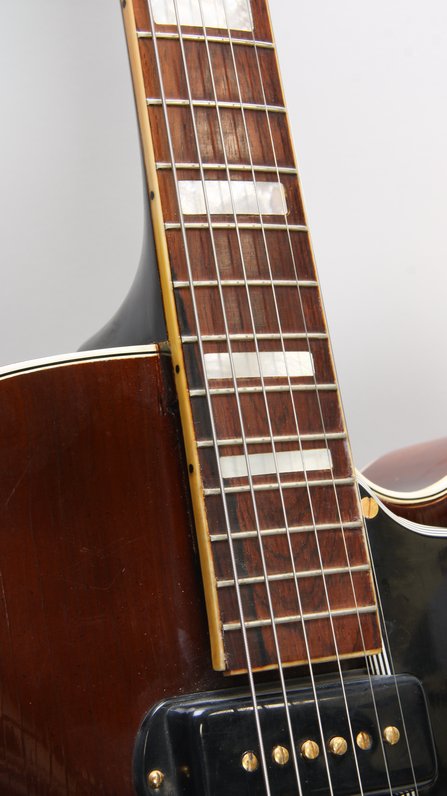 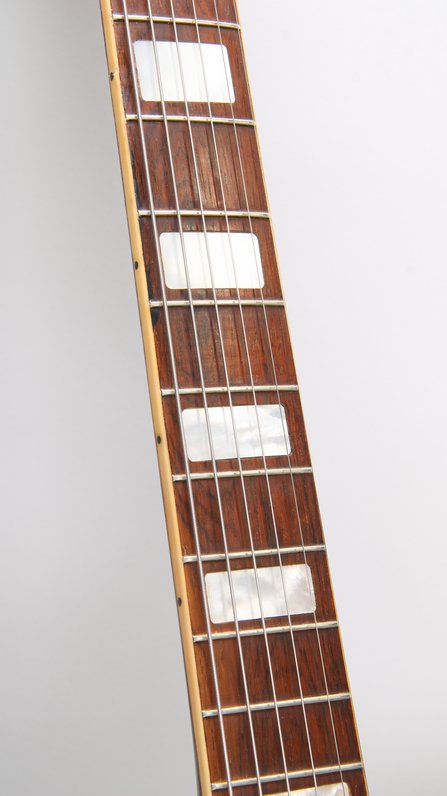 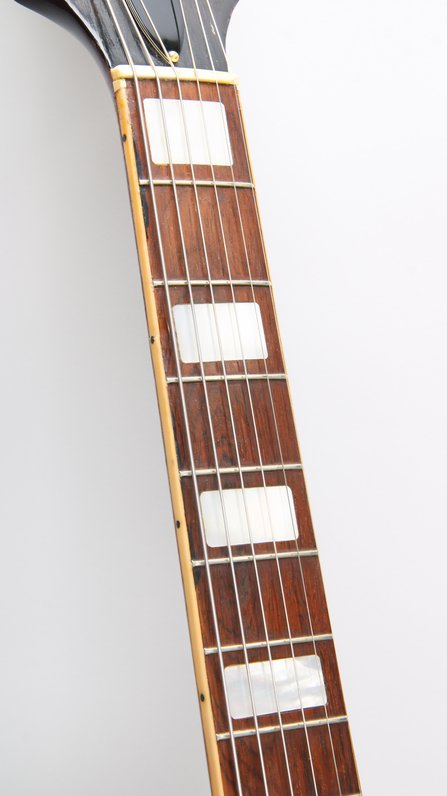 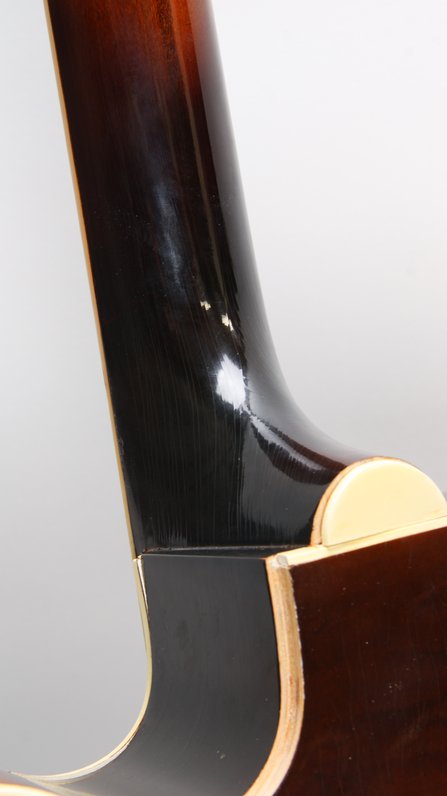 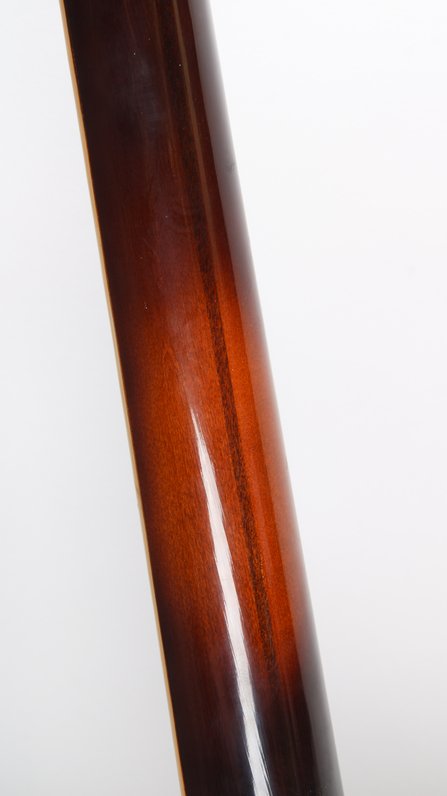 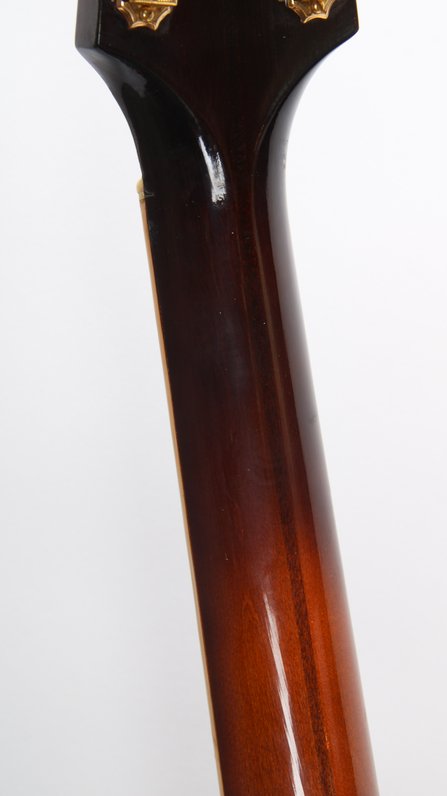 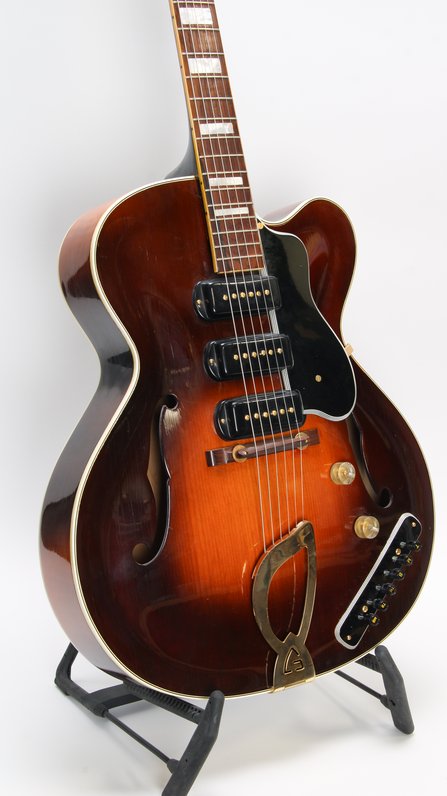 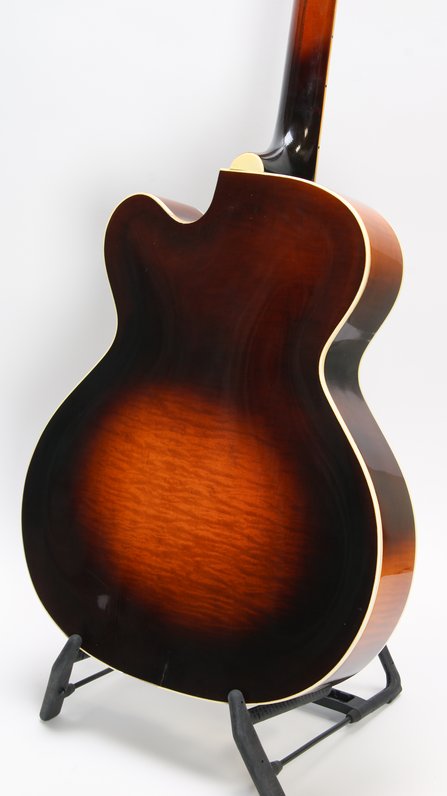 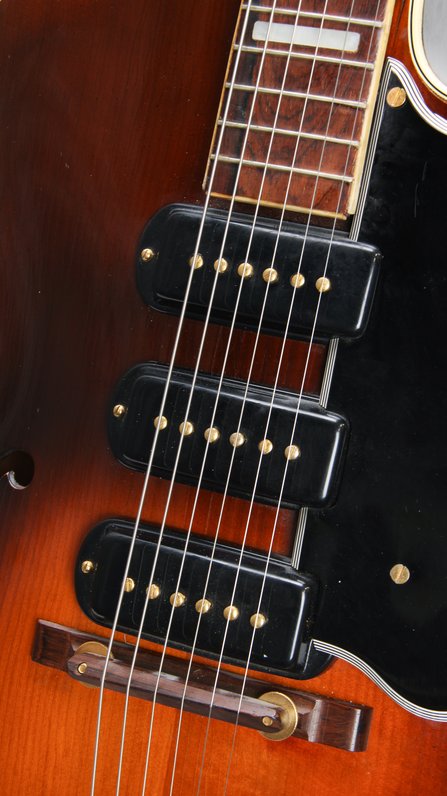 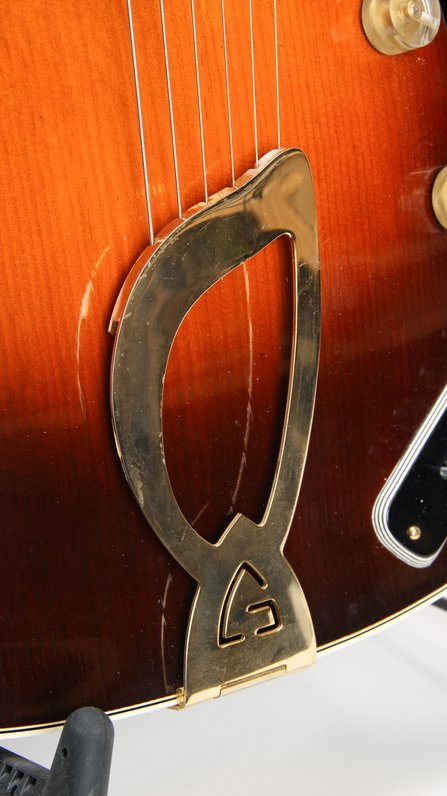 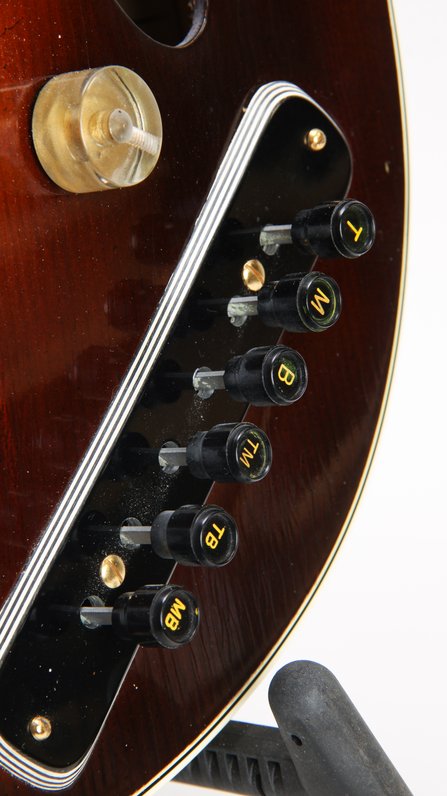 A first year example of an X-350 model from the Guild Guitar Company, which formed a year prior to this guitar's birthday, consisting largely of former Epiphone employees who "who lost their jobs following their 1951 strike and the subsequent relocation of the company from Queens to Philadelphia" (Wikipedia). This particular guitar is in completely spectacular collector condition, and is from a time when there wasn't much separating "Guild" from a guild of highly skilled Epiphone employees.

Certainly a "Switchmaster" in its own way (see six push button switches and 3x pickups), the Stratford X-350 is a fully-bound, single-cut, 17" electric archtop, featuring three single coil pickups with black covers and rounded mounting ears, and a lovely harp tailpiece; from the Guild catalog: "three built-in Guild "Frequency Tested" picups with vol/tone controls, plus auto. multiswitch changer for instantaneous selection of any one of combination of any two or three pickups provide the versatility of an electric organ at the fingertips of the player". The desgined with no feedback in-mind, back and sides are of laminate maple, with a laminate spruce top. All hardware gold plated included harp tailpiece.

Overall in fantastic condition apart from several binding repairs: near nut, and on lower edge of back near block. Does not appear to have been played much in its life.