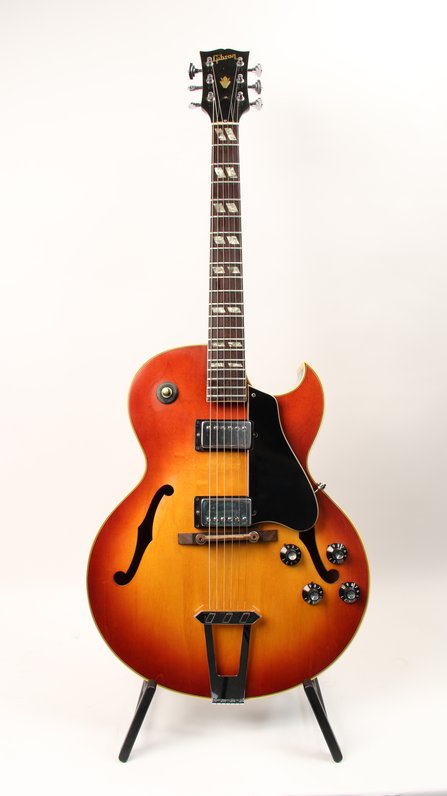 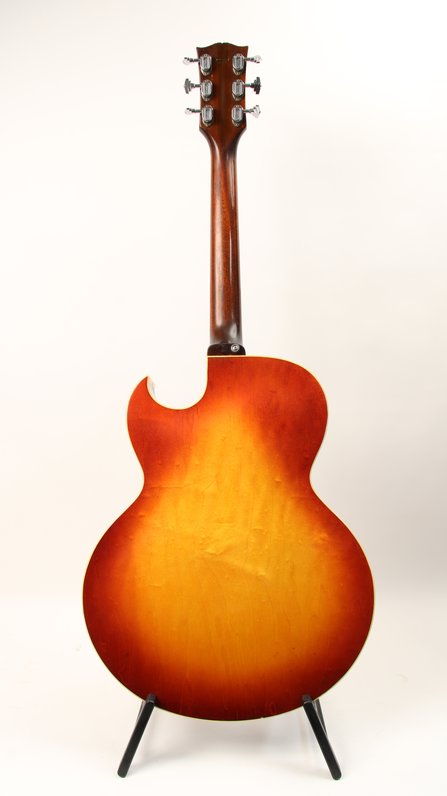 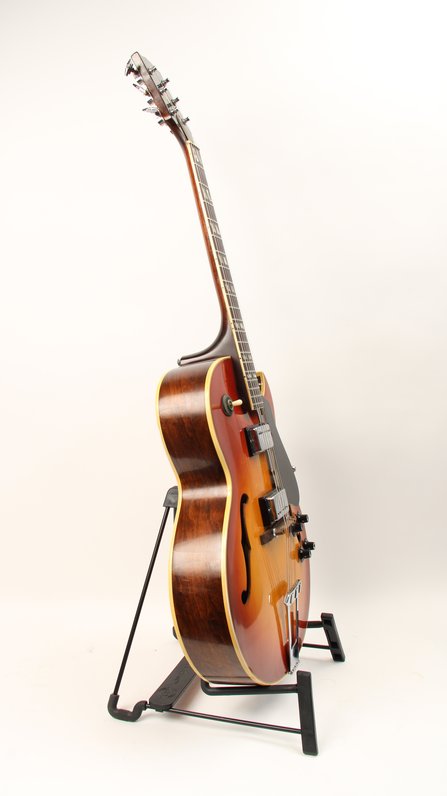 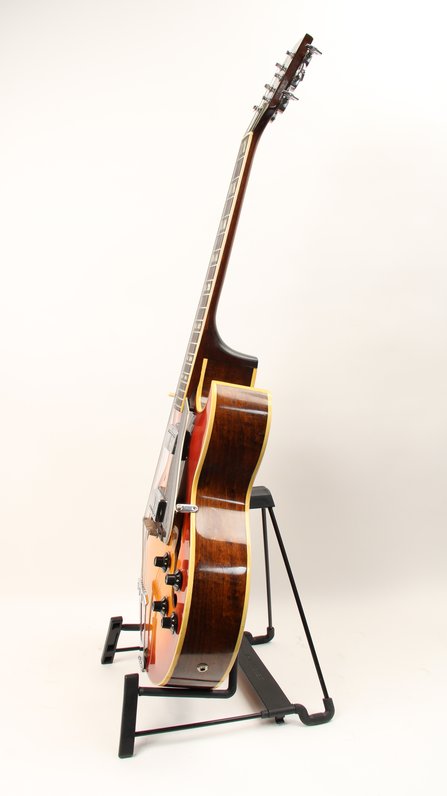 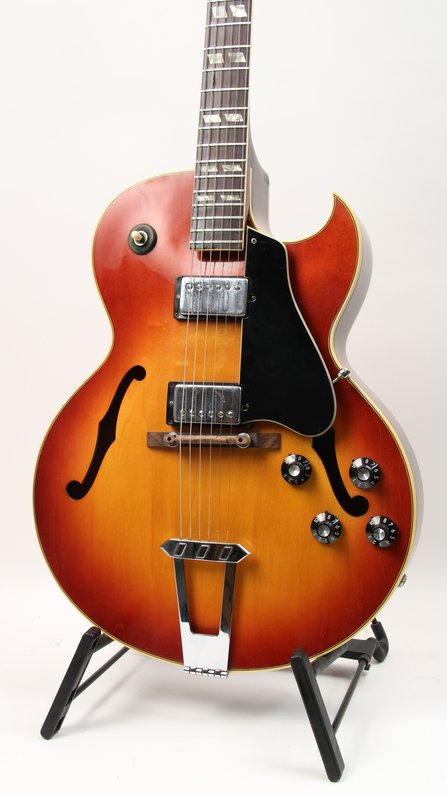 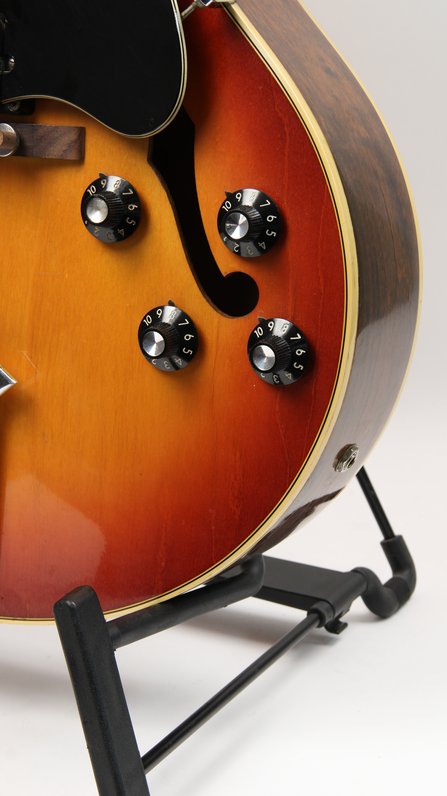 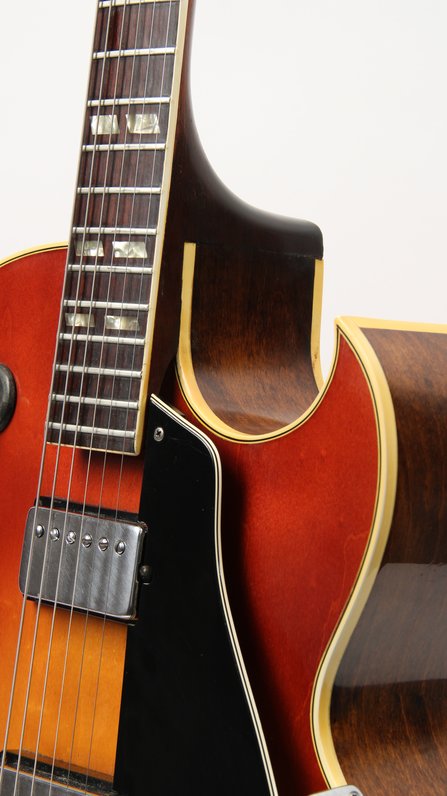 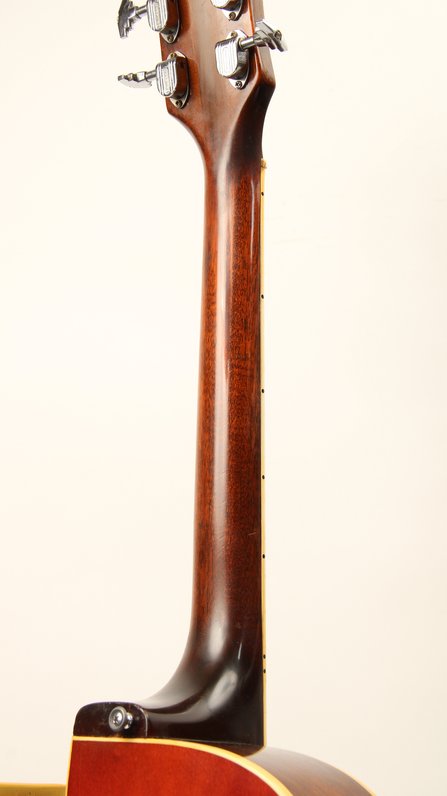 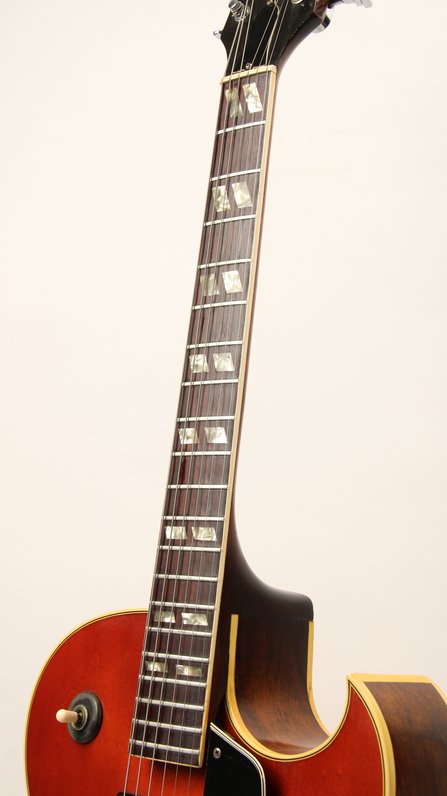 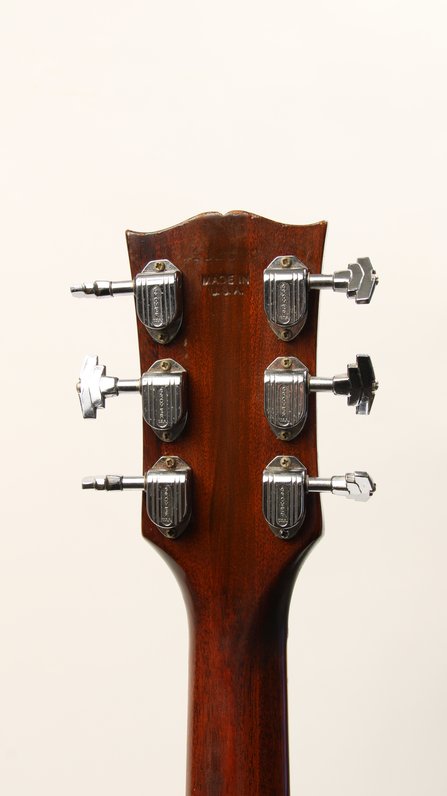 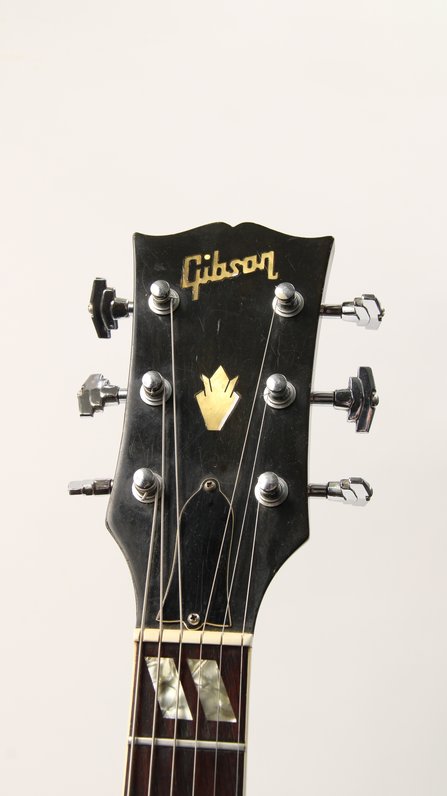 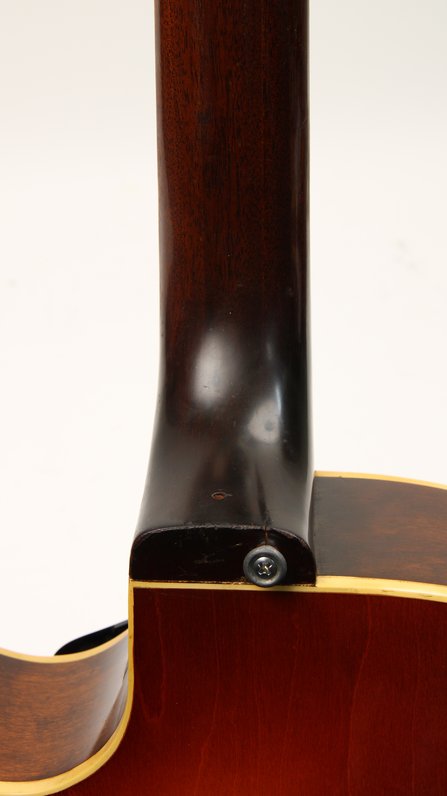 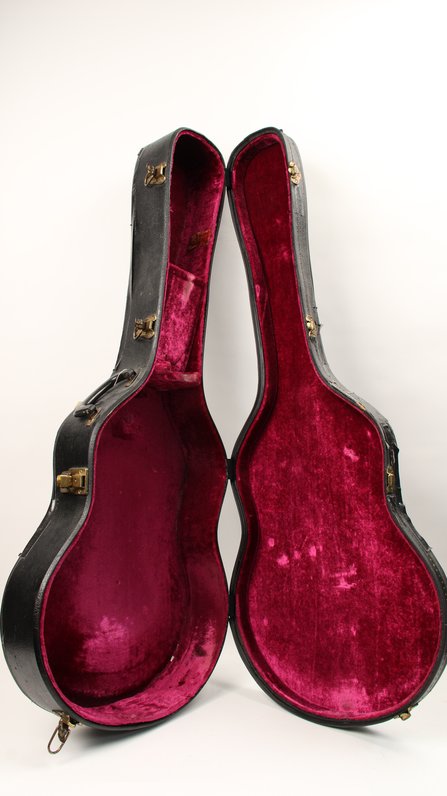 The Gibson ES-175 is one of the most versatile guitars ever invented - having made a serious name for itself amongst jazz purists and heavy rock & rollers alike. This example of the 175 sports the two pickups, and is in great shape with an easy to play neck. This era is uniquely hard to date, having serial numbers that represent broad-stroke years that often get mixed together with seemingly random numbers. The 100,000 serial numbers are generally regarded as earlier '70-'71 but combined with a lack of serial codes on the pots, it's a little hard to say for certain what the date is.

This guitar has had some player modifications made - most obviously it has a vintage set of Grover Imperial tuners (a very fine choice), and what appear to be classic witch hat style knobs (chosen for the ease of seeing on a dimly lit stage). Under more investigation, one will notice that this guitar is currently wired for the classic Peter Green out of phase sound in the middle position. This could easily be reversed but we've decided to leave it; it simply sounds great. The pickups appear original to this era, having the original Patent No 2 737 842 sticker underneath - leaving this likely to be a T Top beneath its chrome covering, which we did not remove.

Cosmetically this guitar is in great shape with only light surface wear to it's finish, & some surface level cracks that do not travel through the top near the F-Holes. The binding is in great shape throughout the entire instrument. The pearloid split inlays are particularly nice and full of depth on this example. The neck is straight with a functioning truss rod, and the action is super low measuring only 4/64" in height at the 12th fret. The frets from this era are often noted for their low profile, sometimes called "fretless wonders" and these are in great shape, allowing for excellent smooth playability.

It has a 1 23/32" nut width, and the neck measures .81" thick at the first position and .95" at the 10th before the heel. The strap button has moved onto the heel cap, which has a subtle crack headed in towards the neck, but appears structurally sound. The previous hole is open.

It weighs 7.25 lbs. Includes the original magenta lined hardshell case, which is in good condition, but has black tape along the edges to prevent fray.