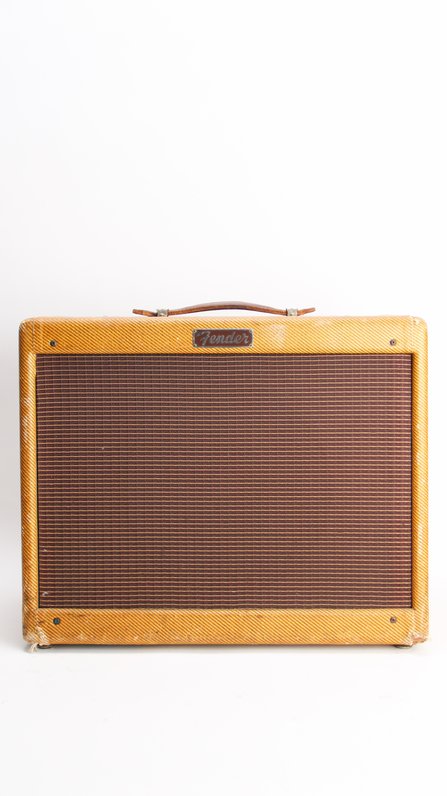 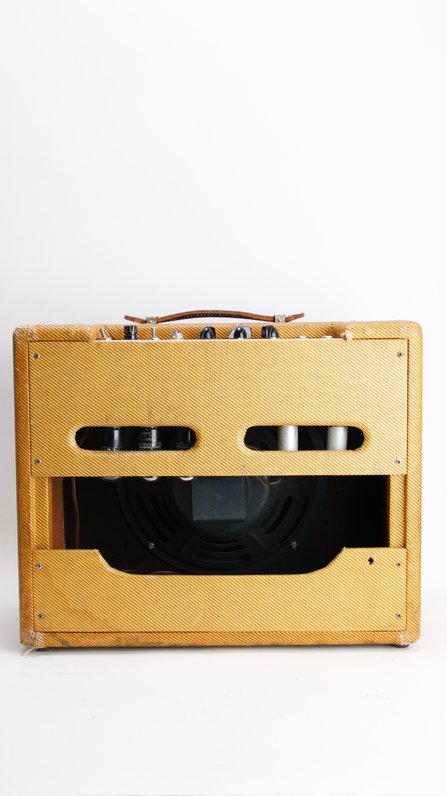 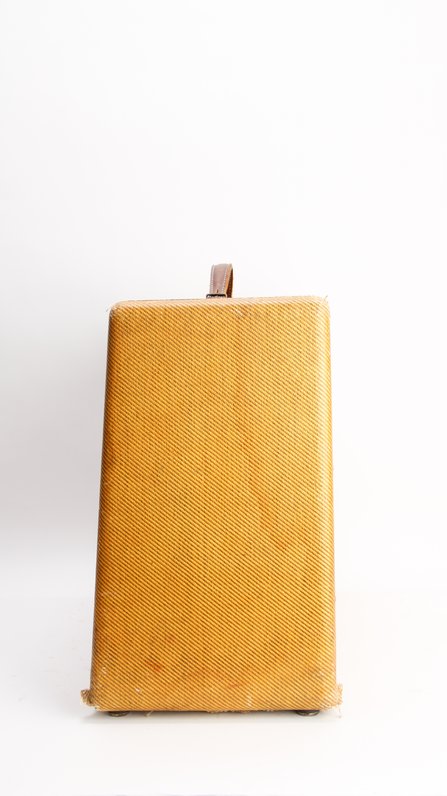 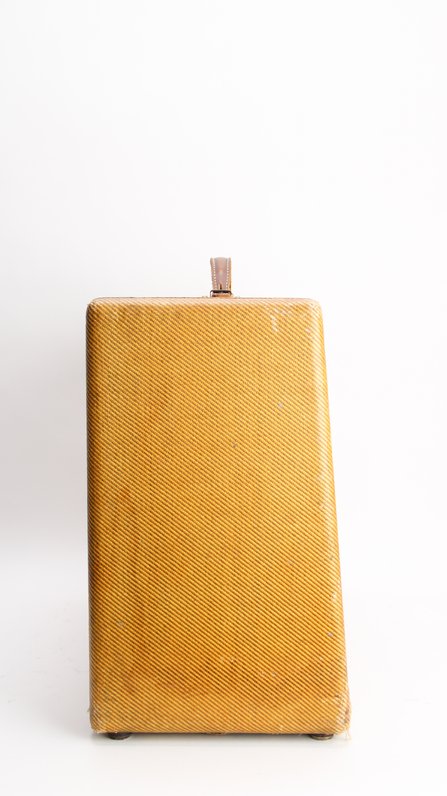 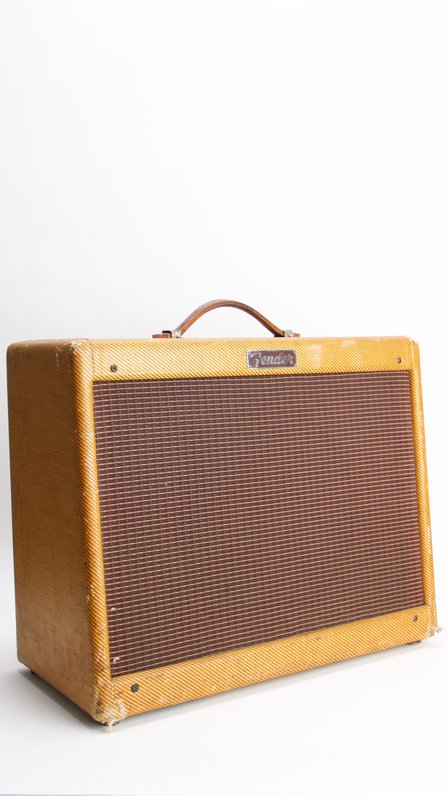 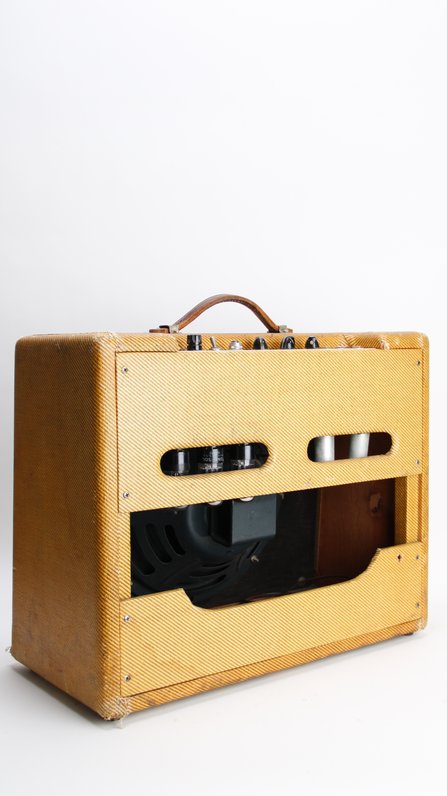 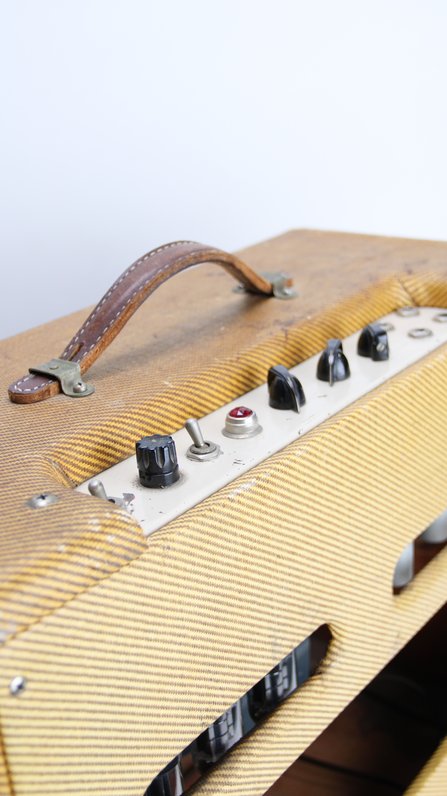 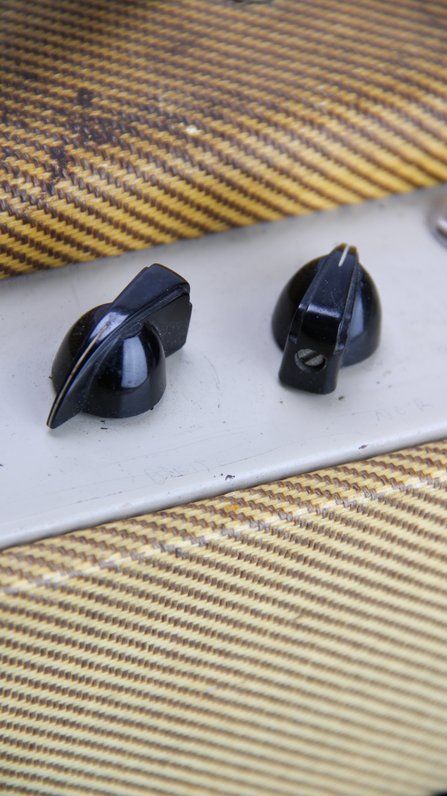 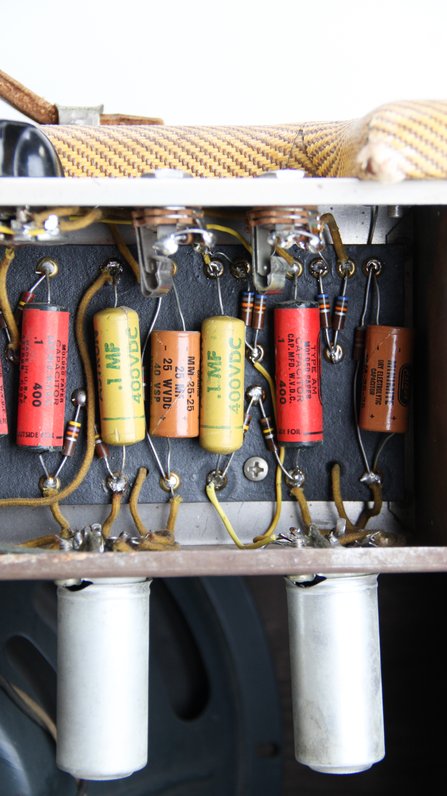 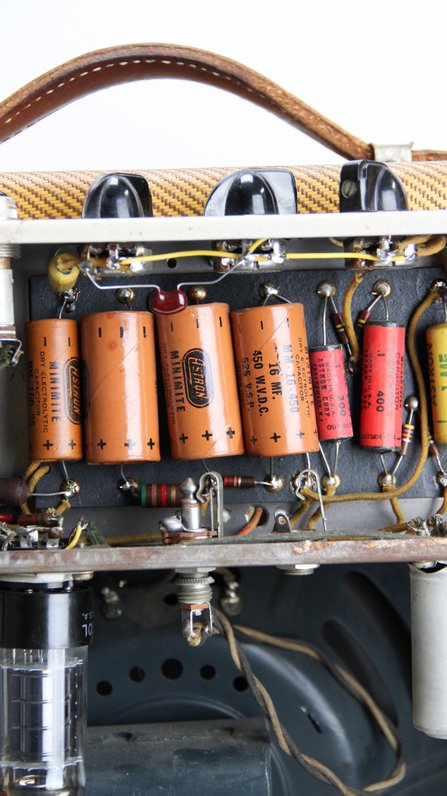 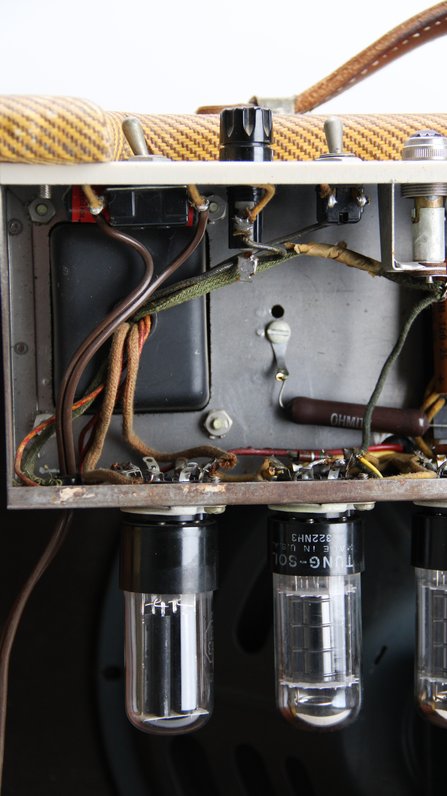 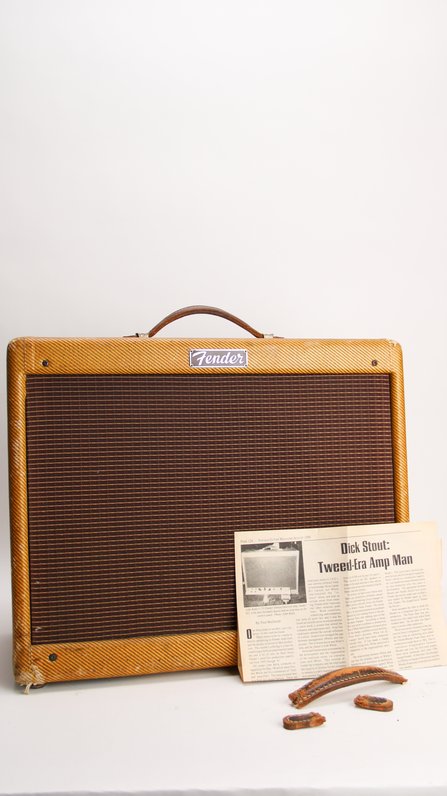 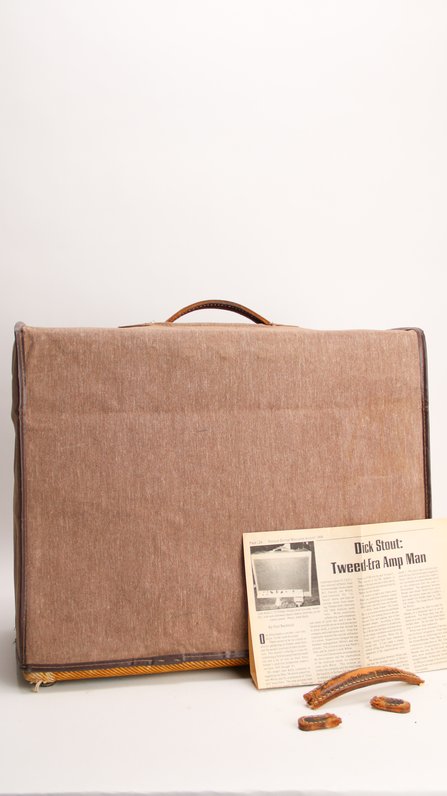 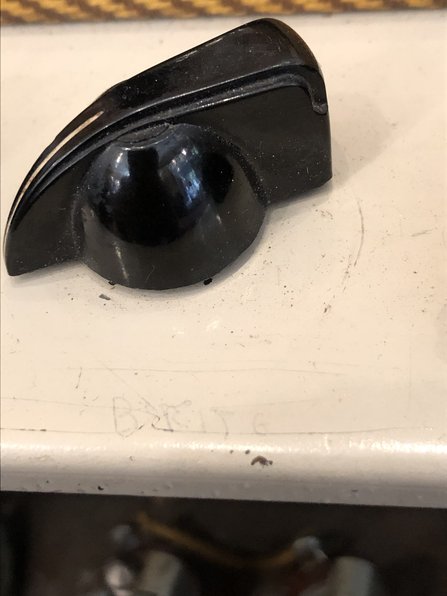 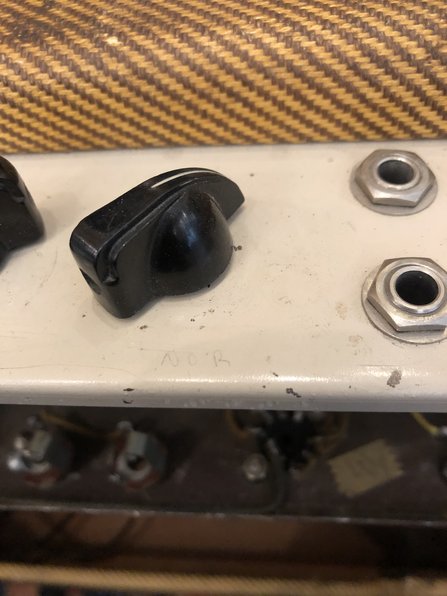 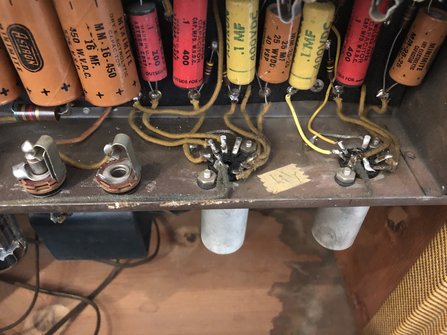 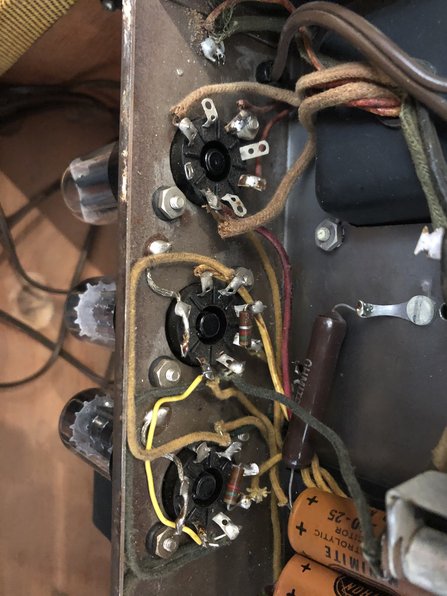 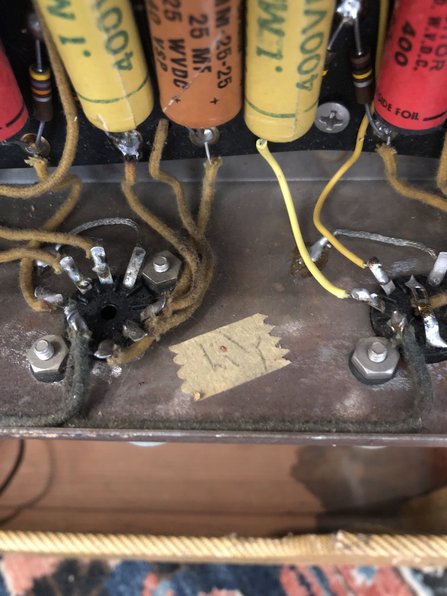 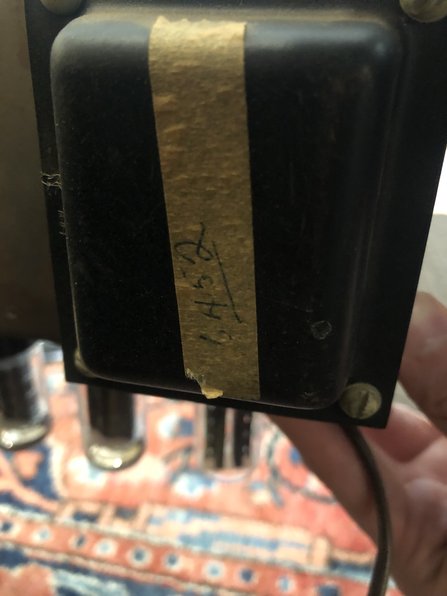 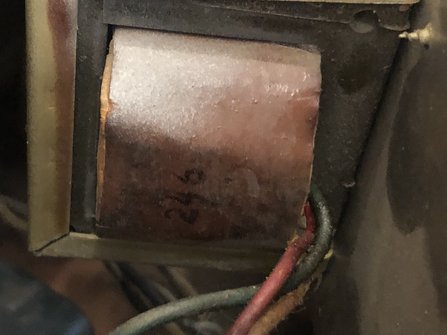 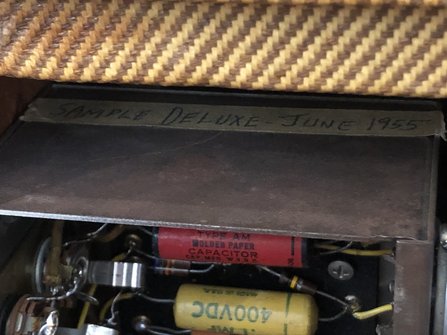 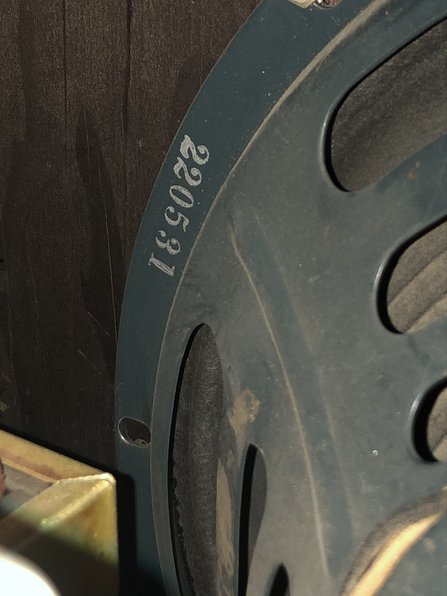 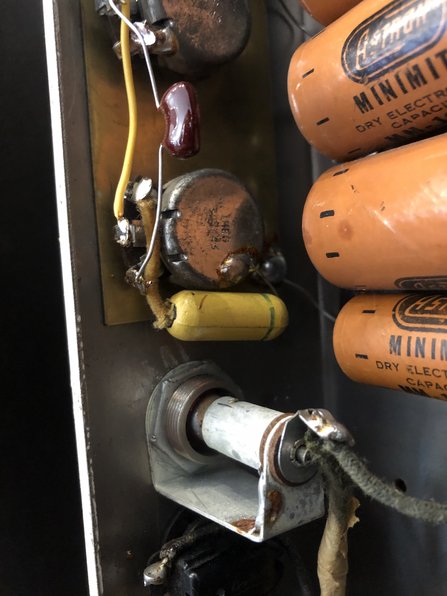 An incredible piece of Fender history, we are delighted to offer for sale a 1955 Fender Deluxe 5E3 Field Test Amp, that was formerly owned by Dick Stout (Fender's amplifier production supervisor from 1955-1961). This particular amplifier was featured in Paul Bechtoldt's article "Dick Stout: Tweed-Era Amp Man" (Vintage Guitar Magazine, August 1998), and has never changed hands since it was acquired from Stout's private collection. Clearly, as time would prove, the 5E3 became one of - if not the holy grail of the Fender amplifier lineup. When Stout left Fender, this amp was given to him as a parting gift from Leo Fender himself. This amplifier has not been circulated before in the market.

The term "Field Test" was used by Fender for what were essentially prototypes, not intended for sale. This amp posed as the prototype for the 5E3 Narrow Panel which replaced the relatively short lived Wide Panel 5D3 circuit and its predecessors. There are factory indicators of this unique heritage. The most clear indicator comes from a piece of masking tape used on the inside of the cabinet, on the exterior of the electronics chassis, written in presumably Stout's handwriting, "Sample Deluxe June 1955". As notated by Vintage Guitar Magazine, tape was regularly employed for codes on transformers at that time, which is also evident on this example - "6452" is hand written on the masking tape applied to this units power transformer.

The faceplate remains blank with no screen printing for the inputs or the controls. The plate appears to also be painted with the Desert Sand lacquer which has became synonymous with 50's Fender - but thats maybe up to speculation. The blank plate has "Nor" & "Brite" hand written by Stout underneath their respective Channel Volume knobs. The amp sounds absolutely spectacular, and functions well, albeit with slightly scratchy pots, and a less than perfect tone control. The Stackpole pots are all original, all with the same codes dating to the 43rd week of '54 (304443). The hand done wiring is apparent, but the internals appear original, notably with the correct, original Astron caps. A few of the wire leads internally appear to have been replaced likely by Stout, from the typical push-back wire to a enamel coated option that would be used later on in the 60's - this is very typical in these amps as the pushback wire was occasionally known to overheat and cause grounding issues. The amp is still fitted with it's original 2 prong cable.

The speaker is the original Jensen P12R with accurate 220531 code for July of '55 (slightly later than the electronics housing).
This amp is fitted with all Tung Sol tubes less the 12AY7 which is an old GE tube

While in Fender and Mr. Stouts possession, this amp lived without either of its rear panels. The panels are original to this amp, but they are slightly lighter in color for this reason. The lower of the two panels has a strange small hole drilled through on the lower right hand side. The tweed tolex is in great shape overall, with mild discoloration & typical wear throughout, and what appears to be a small soldering iron, or cigarette burn on the top. The original handle became quite tattered, and is included with the sale of this amp, but is currently fitted with an accurate replacement. Given that this amp was a prototype, it never had a dust cover - but included in the sale is an era accurate light brown Victoria cover.

This amplifier is a true marvel - one that helped propagate a revolution in guitar playing, and music as a whole. This is an incredible piece for the right collector, one that sounds simply astounding even still in its 65+ year lifetime.