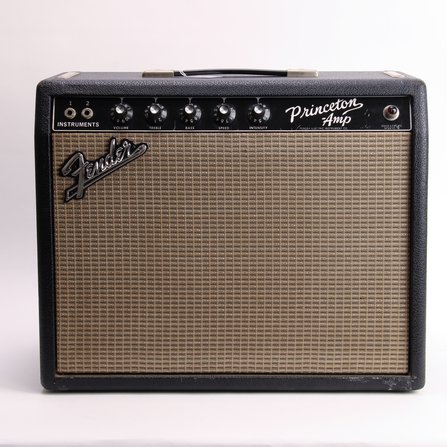 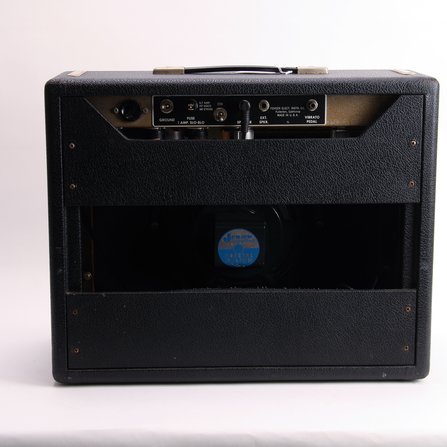 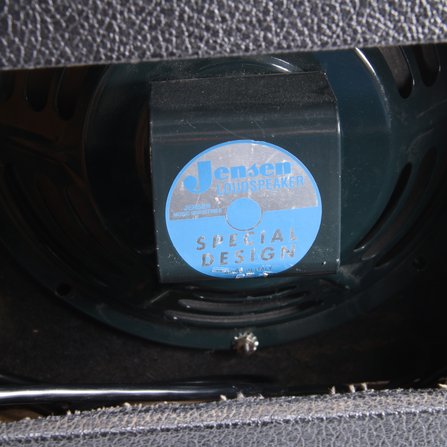 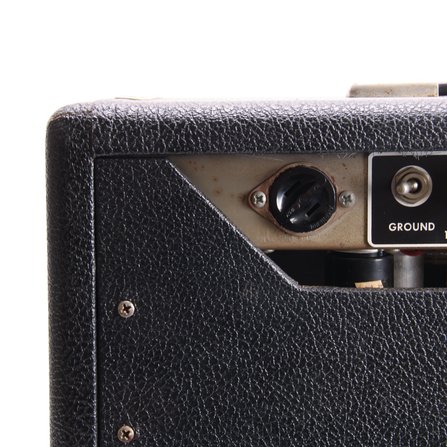 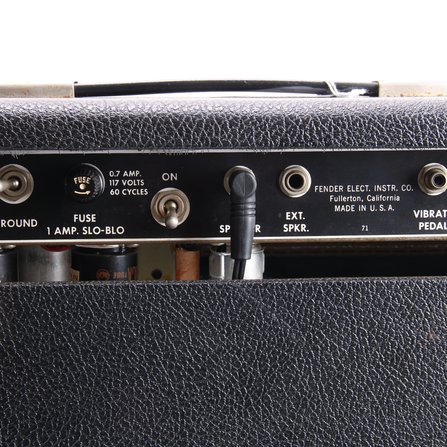 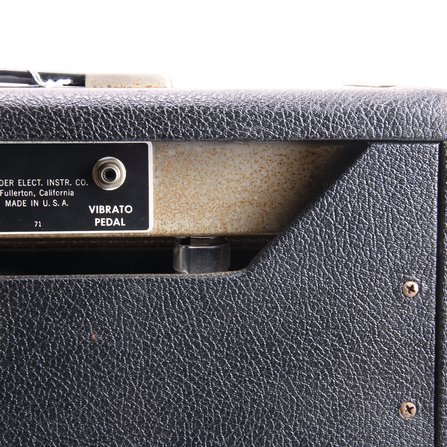 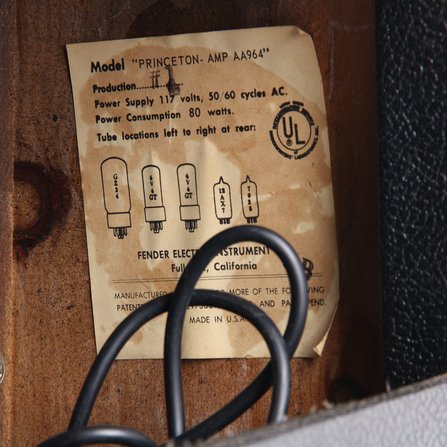 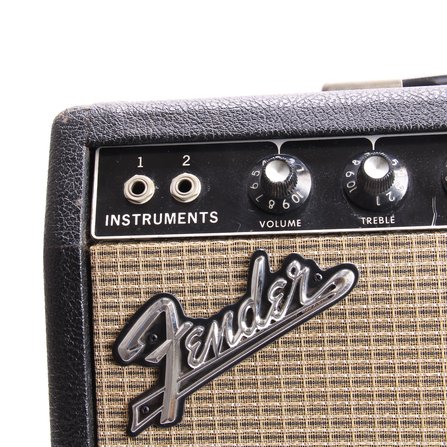 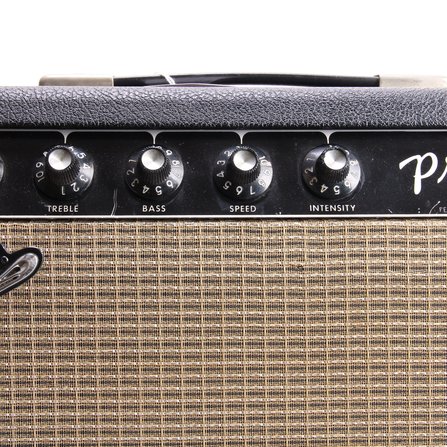 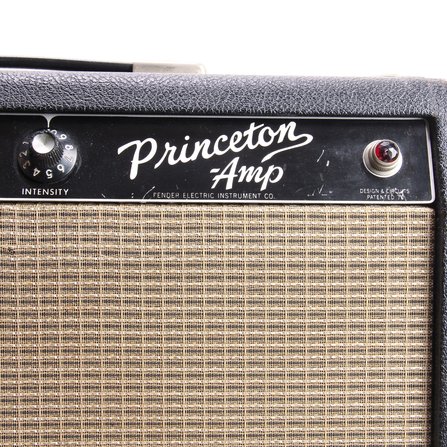 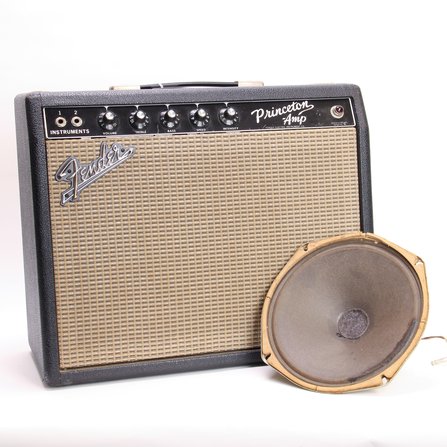 One of the not so commonly seen amplifiers of the classic Fender catalog - the Princeton Amp. The "AA964" circuit is a unique one in the Fender lineup, as it is fairly different from its Princeton Reverb counter part. The AA964 is very notable for being incredibly clean for its low wattage, unlike its Reverb-y younger brother. This is due to the Reverb models having a final gain stage tied into its preamp section - resulting in a bit more volume, and "drive" into the amp. Uniquely, these amps have more headroom, which makes it really great for anyone looking for classic Fender clean tones or a vintage small platform for pedals.

The internals are in excellent shape, with recently swapped caps courtesy of local amp legend John Nau. The tube chart reads OB dating this amp to February 1965, utilizing parts from 1964. Original pots and transformers are present (70-2125 pot codes are visible, and indicate Fender part number). The speaker is a replaced, Jen P10R also dating to early 2001 (2200116), which compliments this amp nicely and does a great job translating the low end these amps really carry. It does includes what the owner claims to be the original speaker - although it is an unfamiliar part number (226-261) - it is untested, and shows wear to its gasket, as well as some tears that have had past repair. It is not outside the world of possibility that Fender during this transition time was sourcing some a-typical parts when needed. A custom built footswitch is included for the vibrato on this amp. It is recently biased and sounds great with a nice broad EQ. The Vibrato on this amp is a bit subtle, which is common on these amps, but it functions as it should. Structurally the cabinet is in great shape, with tolex that is in excellent condition, rarely seen on amps this age. It has a long, replaced 3 prong power cable attached.
This is a superb choice for any Fender aficionado, Amp collector, or studio.