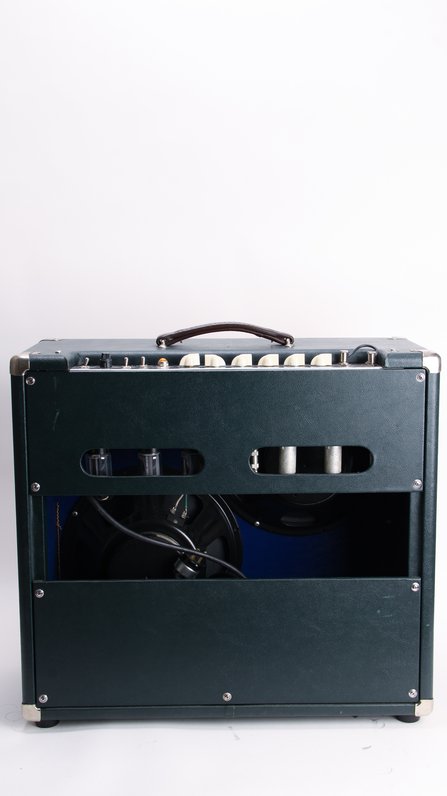 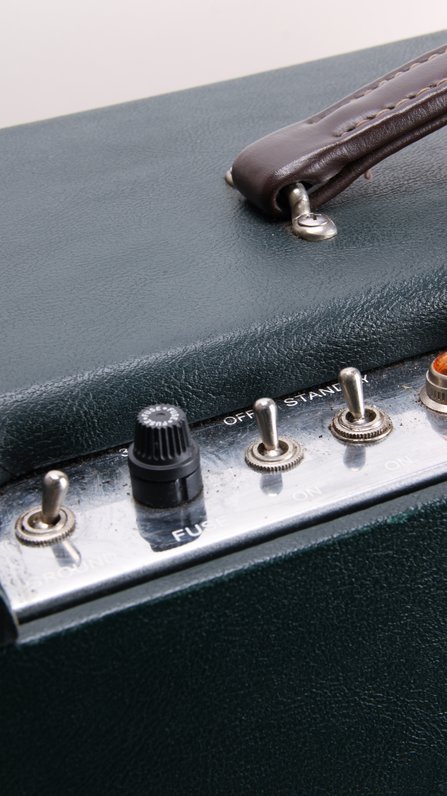 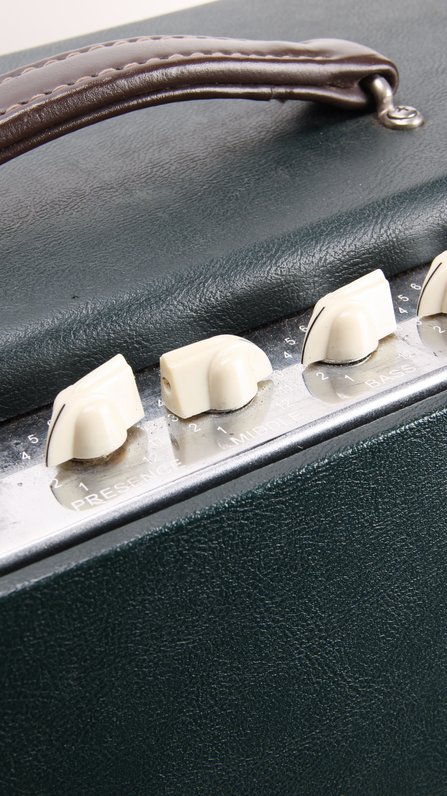 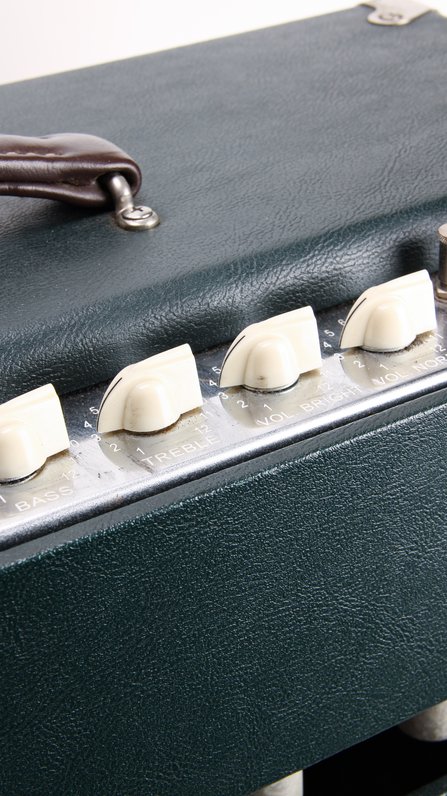 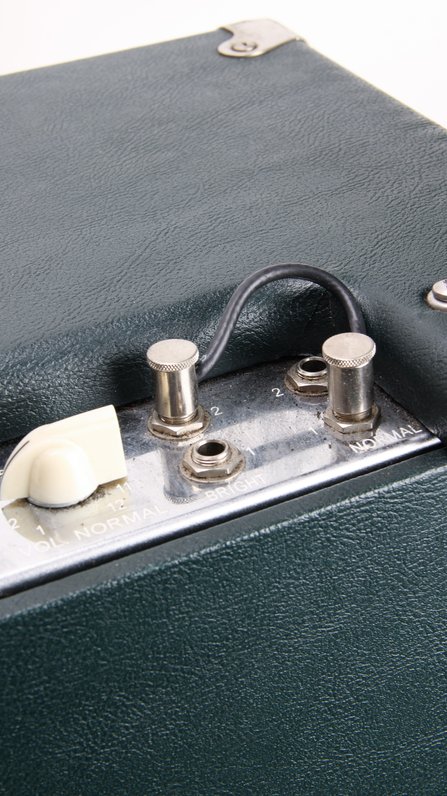 The Fender Bassman probably went through the more changes than any other amplifier in the Fender lineup. This had a bit to do with the history of being designed for Bass, then being adopted by Guitarists & Harmonica players, and later, changes that Fender would experience from CBS. All that aside, it is widely recognized, that the 5F6A is arguably one of the most sought after & copied by tone aficionados. Needless to say, clones of these amps are built from time to time, as an original is not only rare, but the cost for even a modded one can be quite high.
Here we have an example with some liberties taken to its original design elements. This amp has a rich tone that works beautifully for single coils or humbuckers alike. These amps function well with the channels jumped employing use over both the Normal and the Bright Channel Volumes. When ran clean, it maintains plenty of volume, definition, and a broad frequency spectrum. When ran overdriven it is quite loud but not overwhelming through. It can do from a sweet dark tone to a snappy, bright and compressed tone that would appeal to any blues or country player. Due to its components, this amp runs with a very low noise floor. To my ears, its tone is completely unique to this particular example.
This Bassman is designed around a Doug Hoffman board which is hand signed and dated to March of 1995. Doug has done extensive research into a wide range of amplifiers from different manufacturers and provides replacement parts and schematics for those who would like to build their own. The wiring for this example was done by an amp technician by the name Bill Rash. Overall, it features important new and old components, making this a very functional amp for a player who is looking for that tone.
The most noticeable difference might be the cabinet with a dark dark green tolex. The interior of the cabinet is painted in a dark blue, making it a bit harder to figure out its construction. The cabinets dimensions are 24"x 22"x 10.5" making it a bit smaller than a traditional 4x10 cabinet, which lends itself to the two 12's that it is outfitted with, and is certainly lighter and more portable weighing in at 47lbs. It is outfitted with two offset Eminence 12LS16 Greenbacks (also dating to 1995). It also has a very clean, nice looking tweed grill cloth.
The chassis is fitted with the Hoffman board, and all clean, discrete components. A beautiful wiring job, using slightly heavier enamel coated wire. Another modification done to this circuit is immediately present, featuring an impedance switch, allowing the user to change the load on the speakers. Currently it is wired for the two Greenbacks at 8ohms, but now can swap in new speakers with relative ease. Interestingly, this amp appears to have an original Fender A-36483 power transformer with the code 606-2398B, which would appear correct as a Schumacher part number, but is not able to be dated. It has a Hoffman 50W output transformer.
This amp features Old Stock tubes from Westinghouse GZ34, Philips 6L6's, Sovtek 12AX7s & GE 12AY7.
It is in very good shape with only mild wear in the tolex and along the control plates silk screen. The back panel does not seem to sit flush along the cabinet, but non problematically. This is a superb amp that likely will find a home amongst other high end boutique amps ready to be recorded. A less expensive way to own one of the most coveted amps of all time.