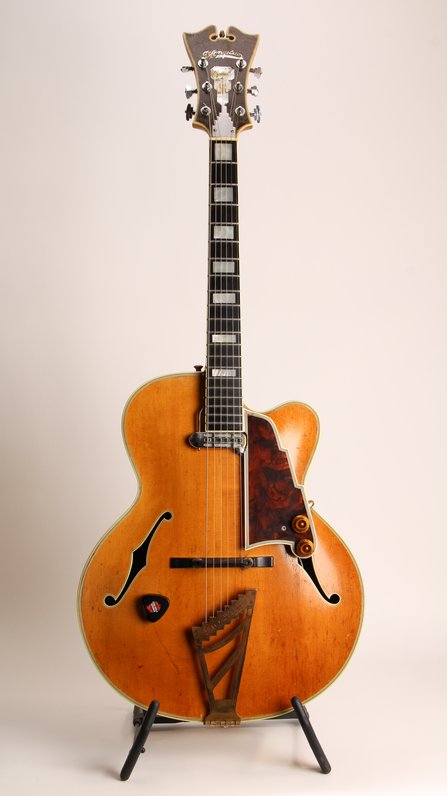 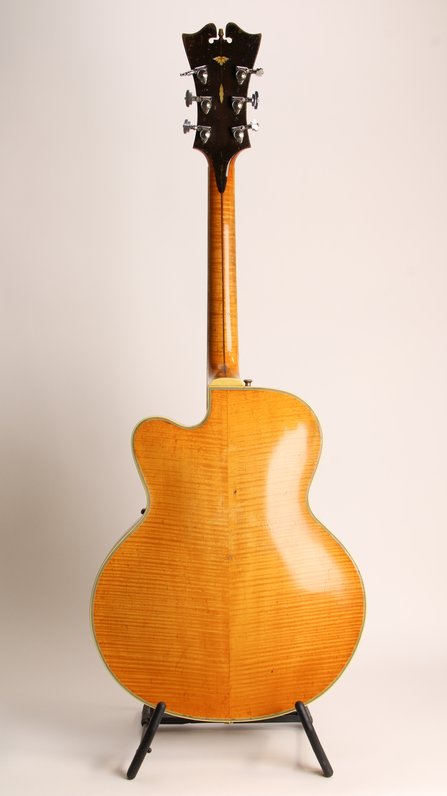 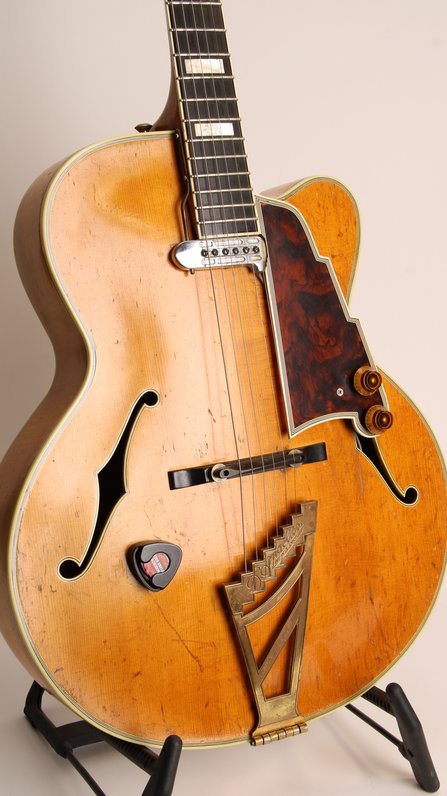 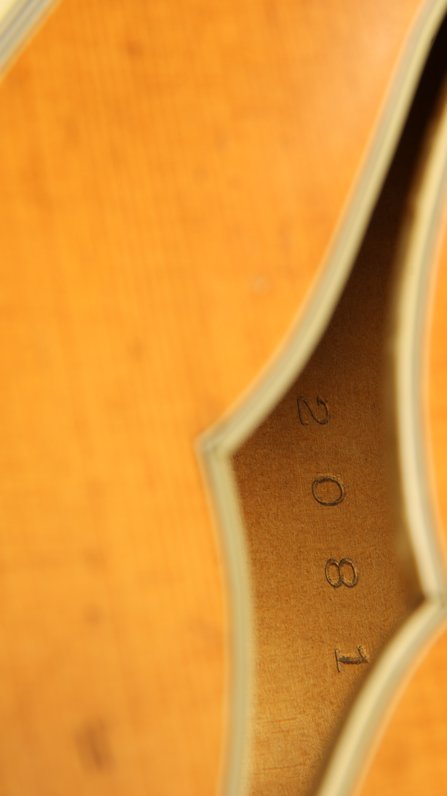 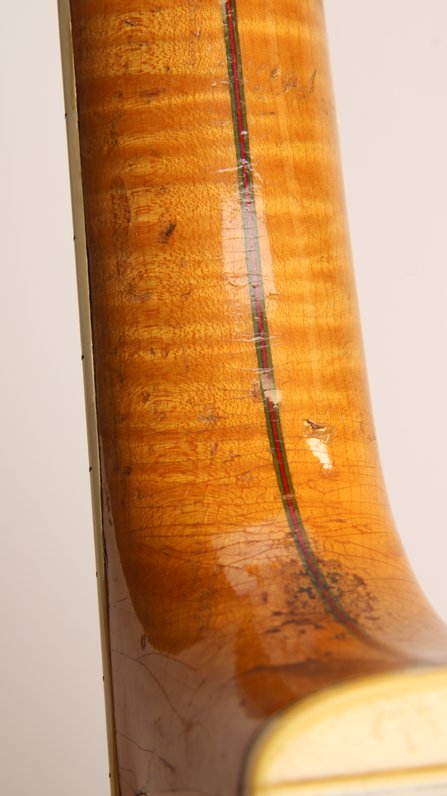 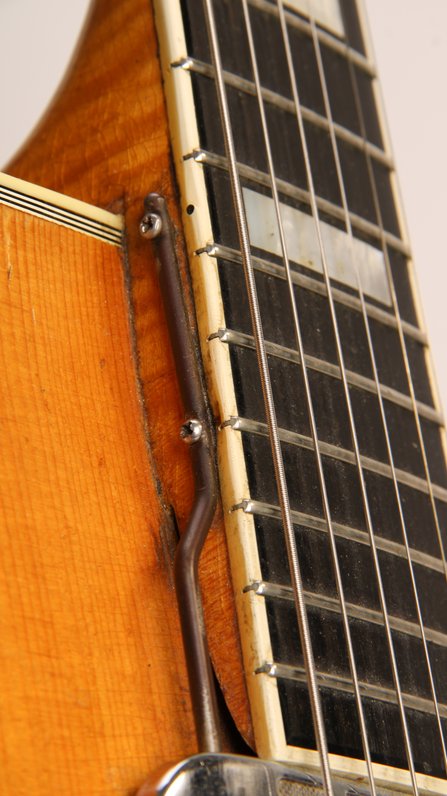 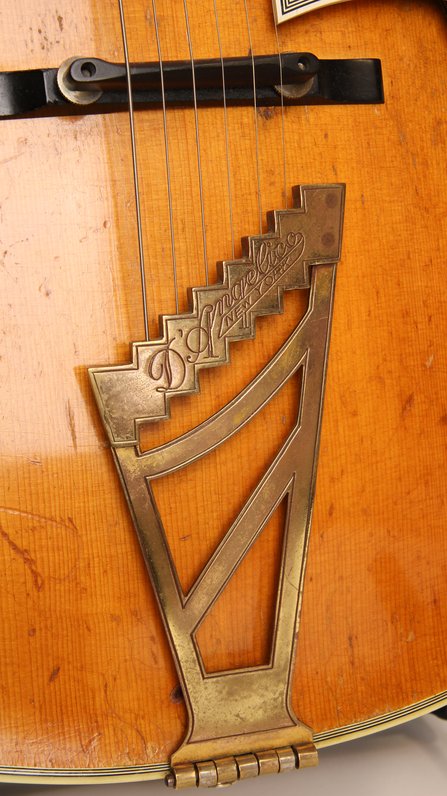 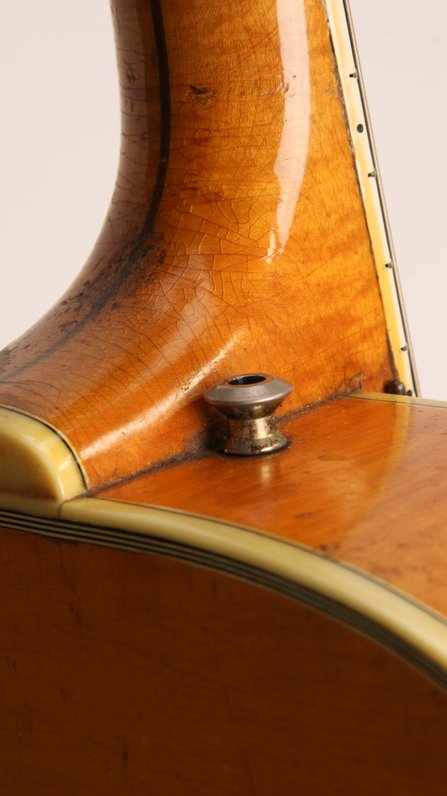 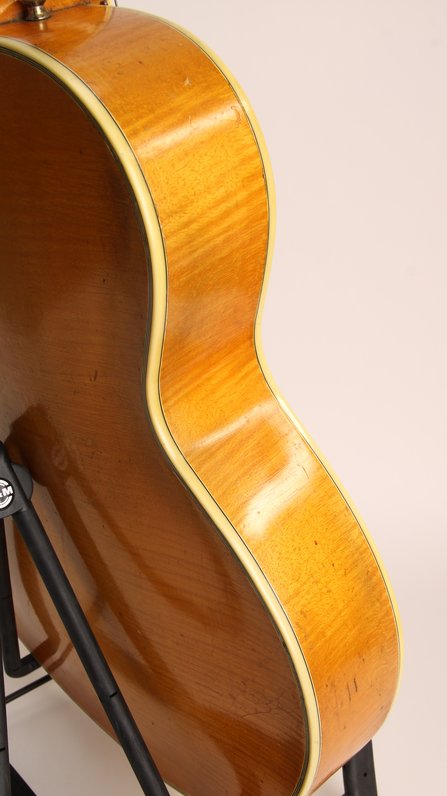 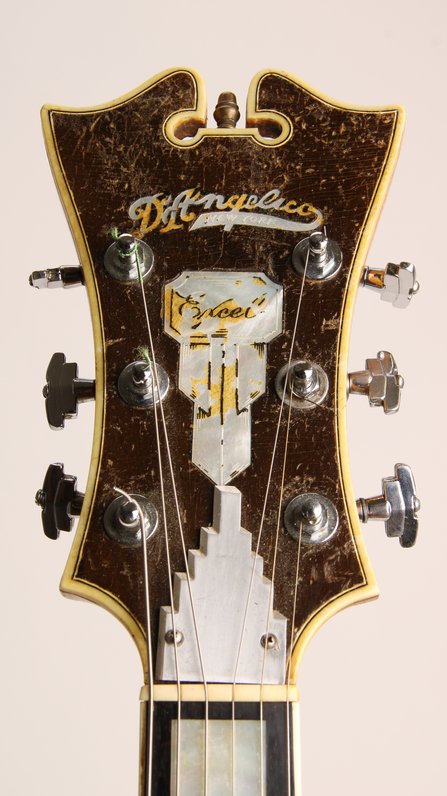 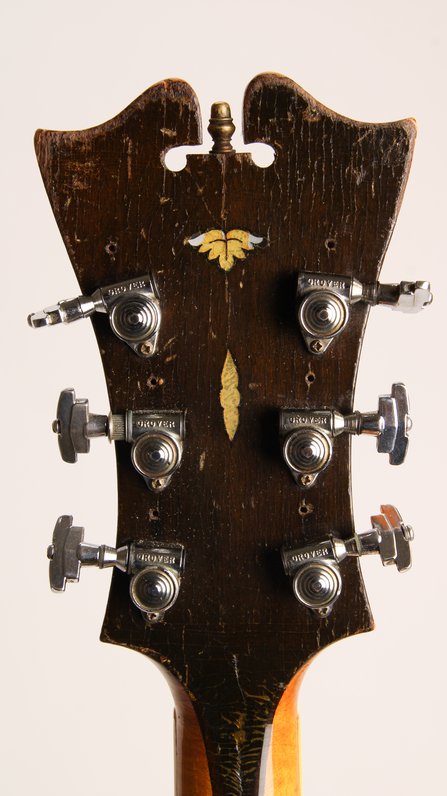 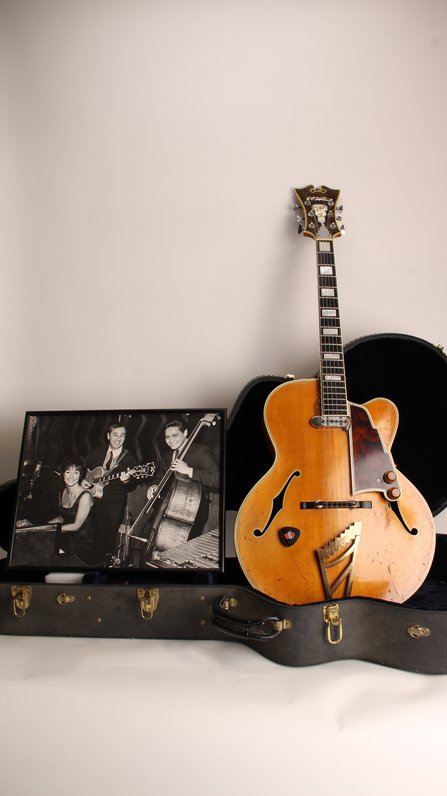 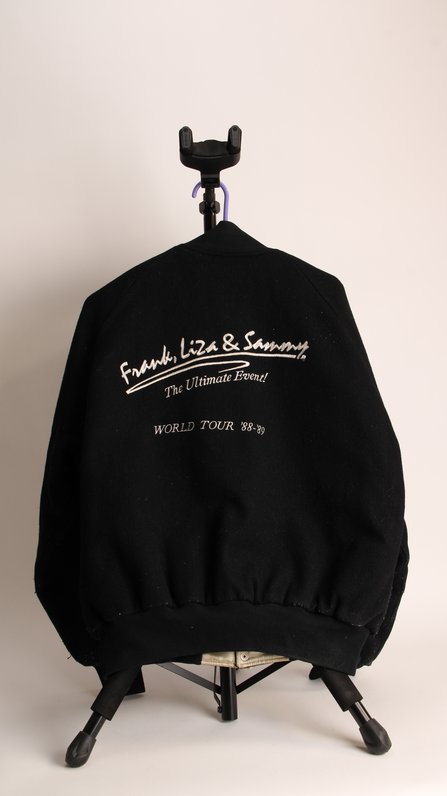 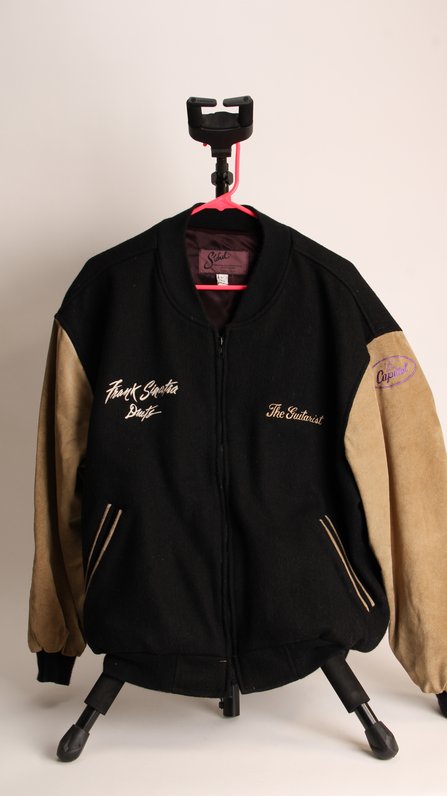 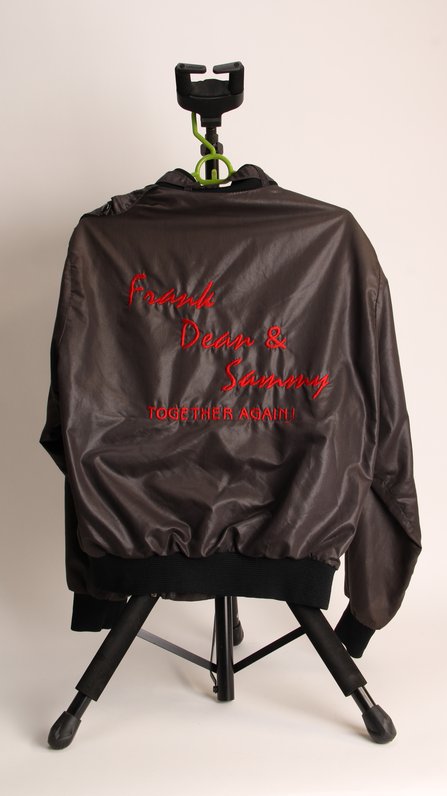 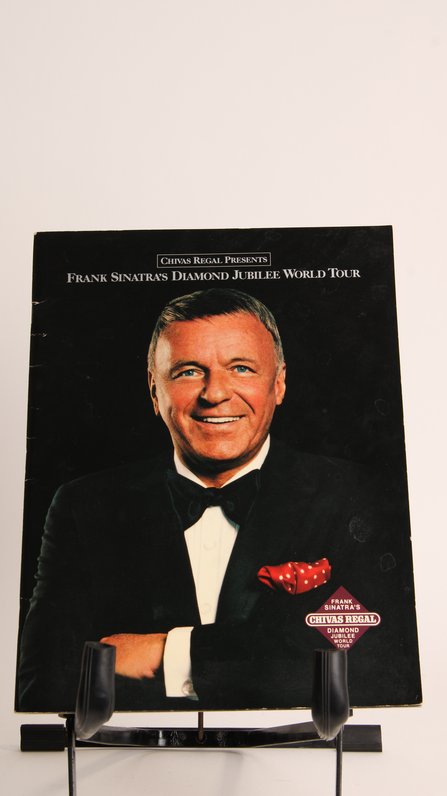 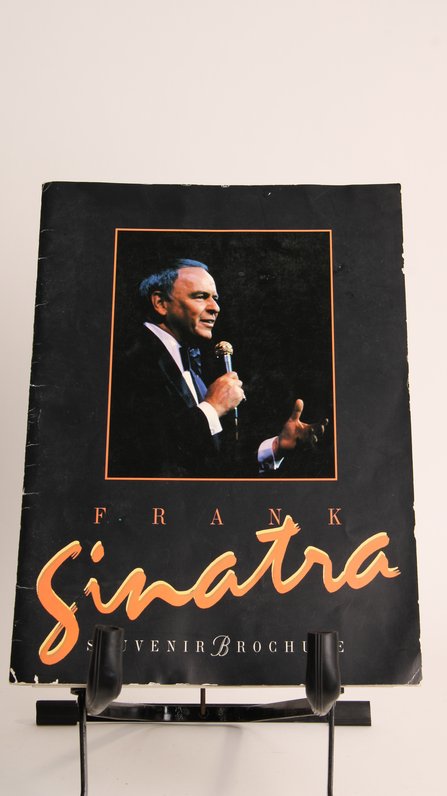 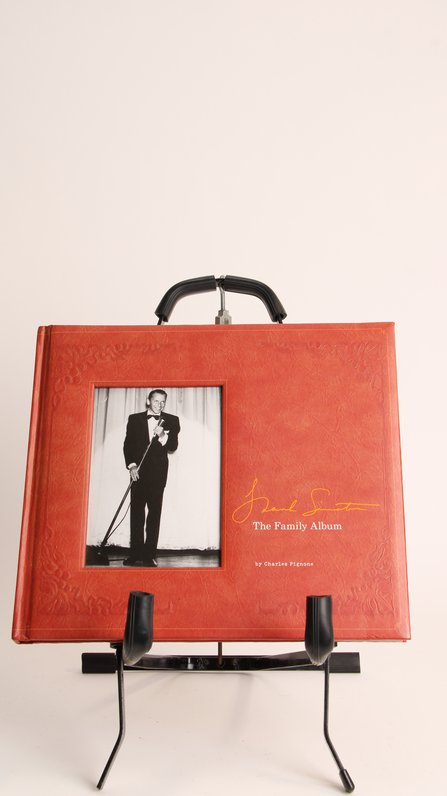 From the estate of the late Ron Anthony, this is a one-owner 1959 D'Angelico Excel model serial #2081, that was purchased new by Mr. Anthony from John D'Angelico on June 5th 1959, and was his primary instrument until his death in 2021. During Anthony's 60+ year career the guitarist worked with many legends (Bob Hope, George Shearing, Tex Beneke, Les Brown & Stan Kenton to name a few), but is most often known for being Frank Sinatra's "go-to" guitarist during the last 14 years of ol' blue eye's career, including the singer's very last concert in Palm Springs. The guitar can be widely seen in-action, including in a fascinating 2017 performance featuring Anthony and John Pisano, where Anthony recounts his experience buying the guitar. This instrument is without question one of the finest sounding archtop guitars we have ever seen or heard.

The guitar is in remarkable condition, and was treasured by Mr. Anthony since new; no modifications with the exception of a past refret, long ago replaced Grover Imperial tuners, and play wear consistent with that of an instrument used professionally for many years (checking, scratching, dings, scuffs, etc). Seventeen inch archtop body with single Venetian cutaway; flamed maple back and sides with a straight grained spruce top; multi-bound body and pickguard, and single bound f-holes; the builder's legendary original engraved stairstep trapeze tailpiece is present, as is his corresponding large tortoise pickguard; adjustable ebony bridge appears original. Anthony's hardwired DeArmond floating pickup is present, as is his self-adhering pick holder. The bound maple neck has an ebony fingerboard with large pearl block inlays; iconic "new style" headstock w/ finial, and large Deco truss rod cover/ engraved pearl inlay on peghead overlay that scrape the skies of a young New York City; abundant finish checking, and play wear present on back of neck.

Included in this sale are three Sinatra-era original tour jackets worn by Anthony during the "Duets", "Frank, Dean, and Sammy: Together Again", and "Frank, Liza, and Sammy: The Ultimate Event" tours, along with three souvenir brochures including one from the Chivas Regal Diamond Jubilee World Tour, hand-annotated lyric sheets from a Sinatra tribute, a copy of Charles Pignone's "The Family Album", and a framed print of Anthony posing with others w/ the guitar from the 1960s.

The D'Angelico Excel in action