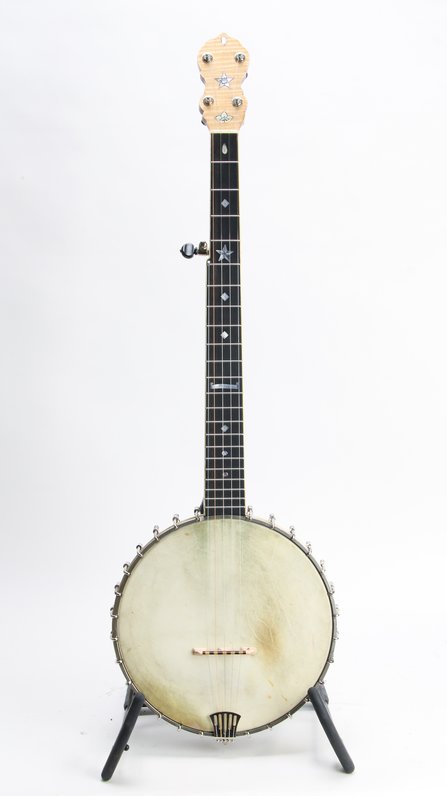 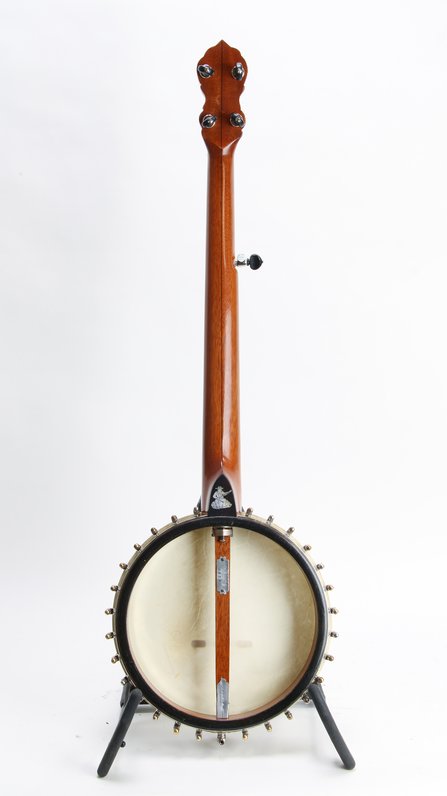 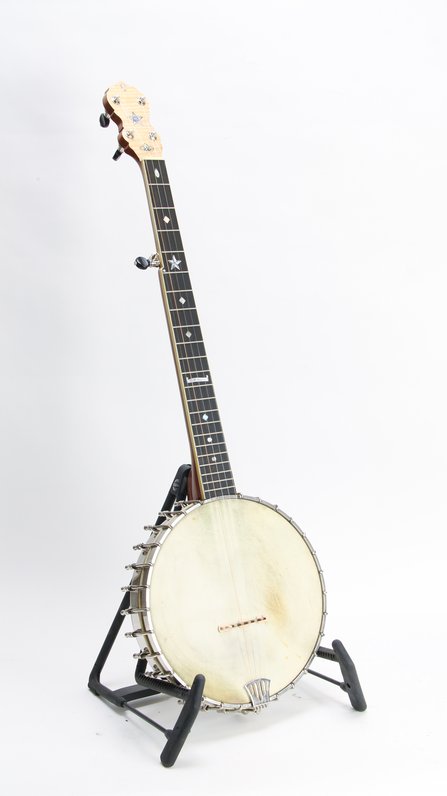 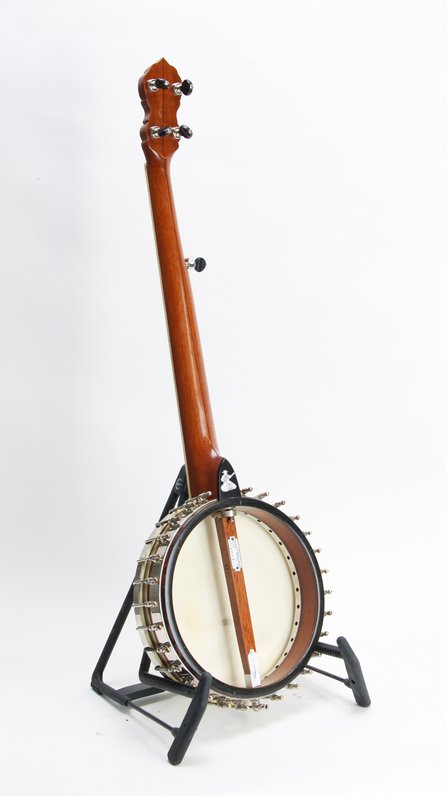 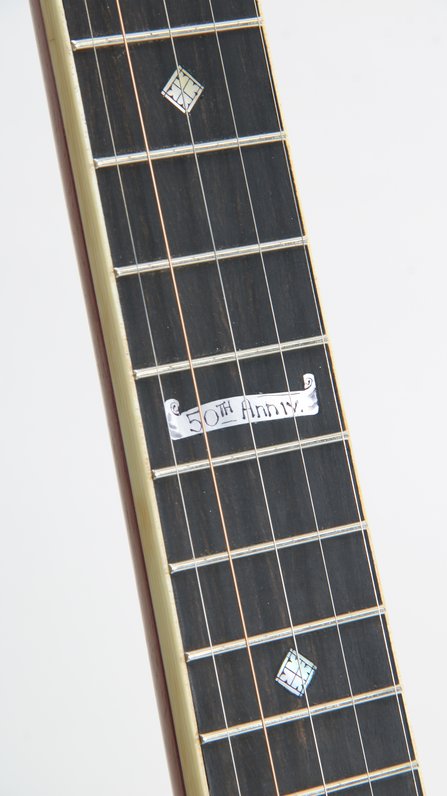 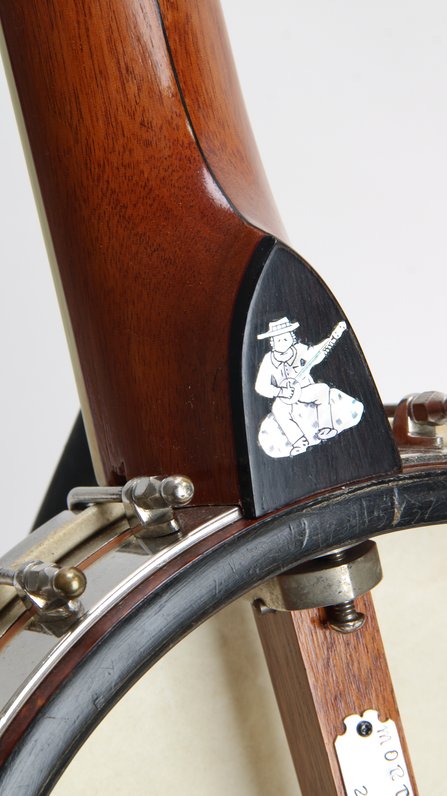 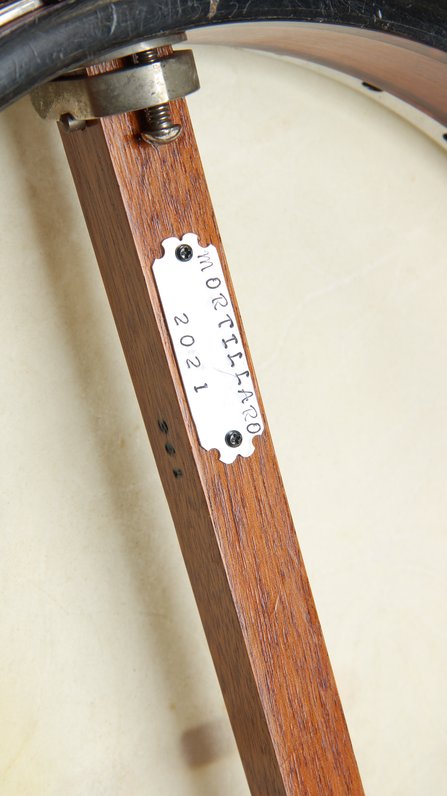 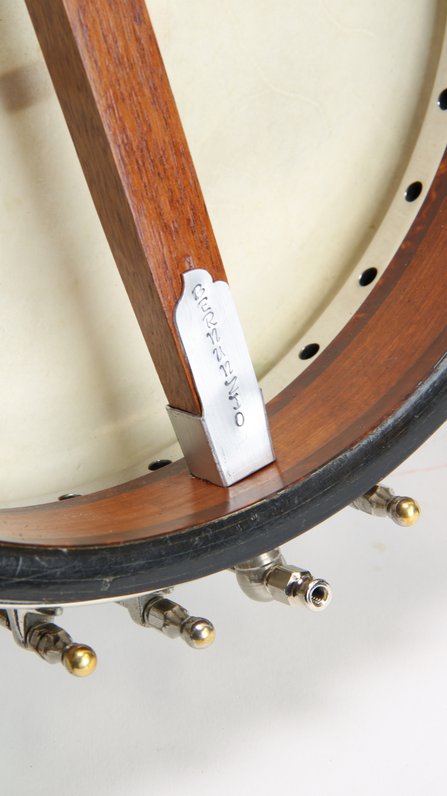 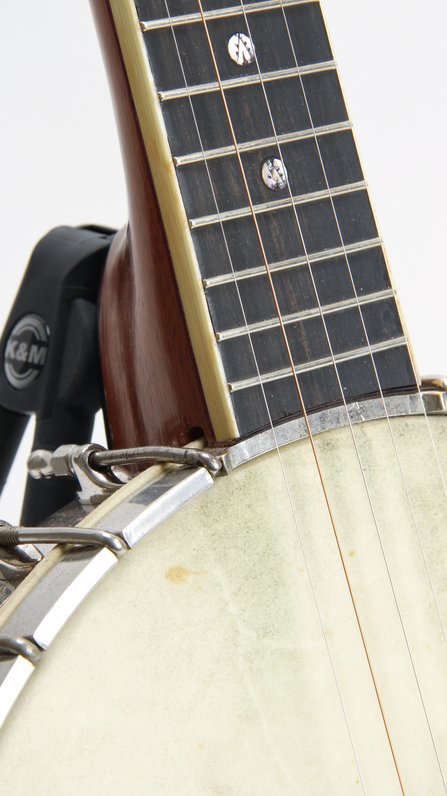 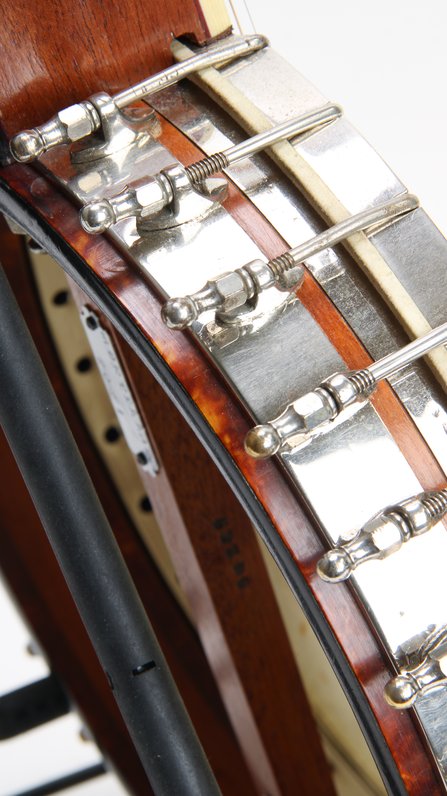 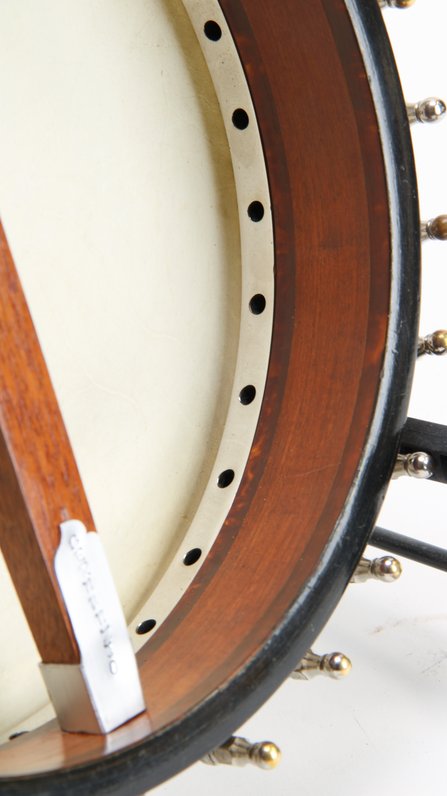 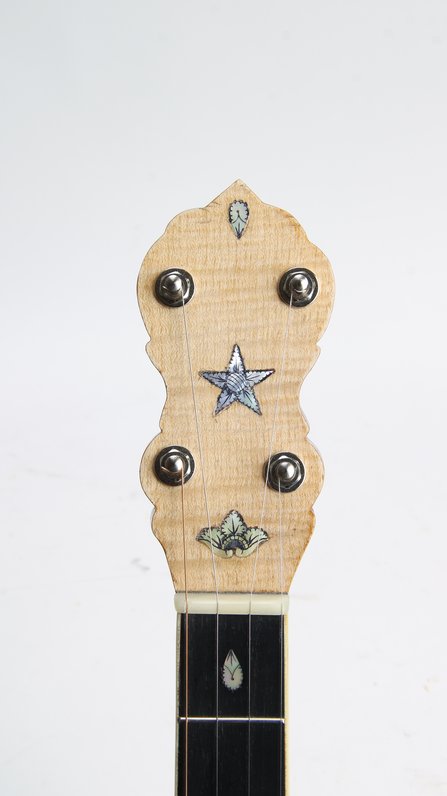 1972, a 25 year old John Bernunzio got the "banjo bug" for the first time, tapping into the world the newly coined "Olde Tyme" music genre, and like many, becoming after the instrument's appearance in films such as "Harold and Maude" (1971), and "Deliverance" (1972). Forever a cinema fan, John noted the appearance of a banjo in cinema again decades later, this time a cheap four string set a-blaze in the Rosebud fire sequence at the terminus of "Citizen Kane".

For his upcoming birthday, John's beginner trumpet from his grade school days was traded toward a shiny, new, banjo, a Norma resonator banjo from Stutzman's on Jay St. Several months later, he checked-out some Roscoe Holcomb records from the Rundell Library, and realized two things: 1) there was a lot left to be desired about the sound his Norma produced, and 2), that it sounded much like a "cardboard box". Having a young family that he supported on a modest teacher's salary, John suffered with the Norma for years, but the spark for a lifelong search for the perfect banjo had been lit. It wasn't long before JB and his trusty side-kick Jim Spampinato, or sometimes with vintage guitar guru Jay Scott, could be found driving the backroads of the Northeast in John's Chrysler Imperial, in search of the perfect banjo.

To commemorate the year this search began, we've commissioned two of our favorite renowned "local" luthiers, and friends of the shop, Robert Mortillaro and Richard Newman, to complete this special edition Tubaphone conversion. Built a-top an original Vega Professional rim assembly, the neck blank was made by Richard Newman using gorgeous mahogany from his Special Reserve/ Grand Cru stash that has been patiently maturing for decades at Newman's workshop at the J. Hungerford building just down Main Street. The neck itself was completed and finished by Robert Mortillaro, who is an integral part of Bernunzio history; "Robbie" is John's cousin, having started working at then "Bernunzio Vintage Instrument'' with his father Rick (also a skilled luthier in his own right) in the mid 1990s. Longtime customers will recall the basement of 875 East Avenue, the gorgeous late Victorian mansion that was synonymous with BVI for decades, seemingly bursting at the seams with mouth-watering rare vintage instruments of all kinds. During his tenure with Bernunzio's, Robbie honed his pearl inlay and engraving skills, which are proudly on display in this custom banjo; the ebony heel cap notably feature's BVI's original logo, engraved into pearl, which depicts J.B. sitting on a rock playing a banjo with a wide-brimmed hat; the ebony fretboard features engraved pearl inlay in a more traditional pattern, with teardrops, diamonds, circles, and stars, and a banner reading "50th Anniversary" at the 12th fret; the blonde flamed maple peghead overlay features more ornately engraved pearl inlay. The bound neck has a robust, olde- tymey, profile (a tribute to a particularly large-necked Fairbanks Special Electric SN#20528 that we hold fondly in our memories), with a large/flared heel, a 26-1/4" scale length, and 1-7/16" width at bone nut; equipped with Gotoh tuners. The 10-15/16" rim assembly features original Tubaphone tonering, with original nickel plated hooks/nuts and tension hoop; custom plaque and long ferrule reading both "Mortillaro 2021" and "Bernunzio"; setup with a vintage Rogers skin head, Pisgah Hawk tailpiece, and a Jim Farquhar custom five string maple bridge w/ tagua inserts.

Sonically, the banjo is perhaps a perfect example of the true Tubaphone tone, and is both powerful and warm; the tone conducts very evenly up the neck, and it really is a joy to play. NOT FOR SALE...DISPLAY ONLY